Our wishlist for IO Interactive's next project, as they prepare to jump from 47 to 007.

Though there have certainly been quite a few excellent James Bond video games over the years – including the likes of GoldenEye 007, Nightfire, The World is Not Enough, and Everything or Nothing – by and large, it’s hard to shake the feeling that Bond hasn’t made the kind of mark on games that he has potential to. That said, it certainly seems like the future looks brighter than the recent past. Hitman developers IO Interactive have confirmed that they’re working on a new original James Bond game, currently being called Project 007, and the two seem like a perfect fit on paper. It’s probably going to be a while before we get to see the game in action, much less play it, but here, we’re going to talk about a few things that we think will be crucial for success for Project 007.

If there’s one thing that decades of film history have taught us, it’s that the casting choice for James Bond himself is the single most important thing in any new Bond story. Project 007 might not be a story, but there’s little doubt in anyone’s mind that it’s going to have to abide by that rule as well. IO Interactive have already confirmed that their version of Bond is going to be completely original, and not based on any of the renditions we’ve seen on the big screen over the years- and I’m sure that they’ll be keenly aware of how important it is for them to find someone who can embody that role as confidently and magnetically as possible. A James Bond game without a good James Bond will simply fall flat.

BALANCE BETWEEN STEALTH AND COMBAT

Over the years, IO Interactive have made a name for themselves as one of the best developers of stealth games thanks to the Hitman series, and while stealth is obviously going to be a key part of a new Bond game (he is a spy, after all), combat is going to be just as important. James Bond stories go hand-in-hand with high octane action, and as such, IO Interactive need to make sure that Project 007 strikes the perfect balance between combat and stealth. Speaking of which… 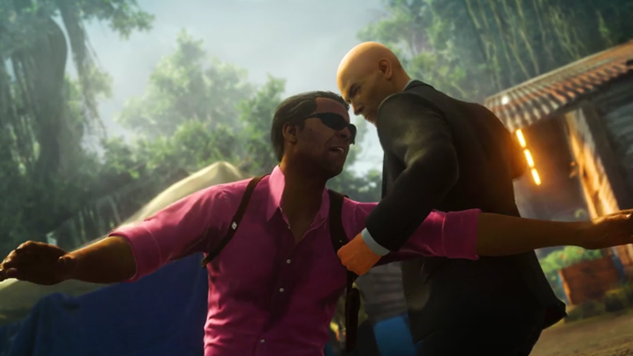 That IO Interactive are capable of delivering solid stealth gameplay isn’t something that anyone should have any doubts about, but things get a little tricky when it comes to combat. Simply put, the combat in recent Hitman games has been pretty bad. Sure, the very design of the game is tailored to discourage combat as much as possible, but that, obviously, is not going to be the case with a James Bond game. Fast and nimble movement, tight and responsive shooting, and even solid melee combat are going to be crucial in Project 007. 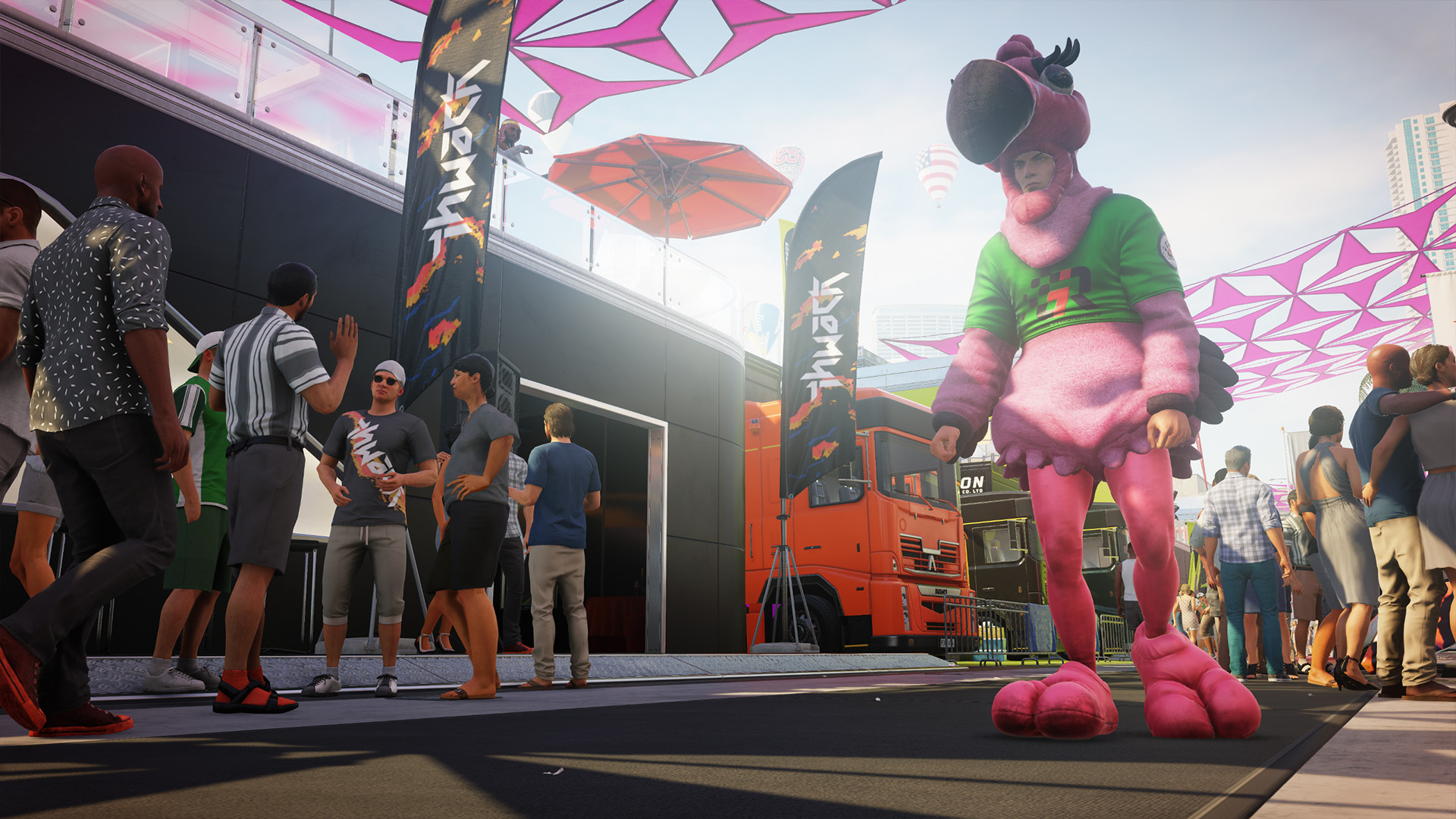 IO Interactive’s brand of social stealth, which they’ve pretty much perfected over the course of the World of Assassination trilogy, is unlike anything else the stealth genre has ever delivered. And though it’s perfect for Hitman and easily the best thing about the series, it’s not quite the right fit for a James Bond game. Project 007 is going to call for much more realistic and traditional stealth, similar to the likes of Splinter Cell and Metal Gear Solid, and we’re hoping to see IO Interactive craft systems and mechanics around that as perfectly as they have done with Hitman’s social stealth. 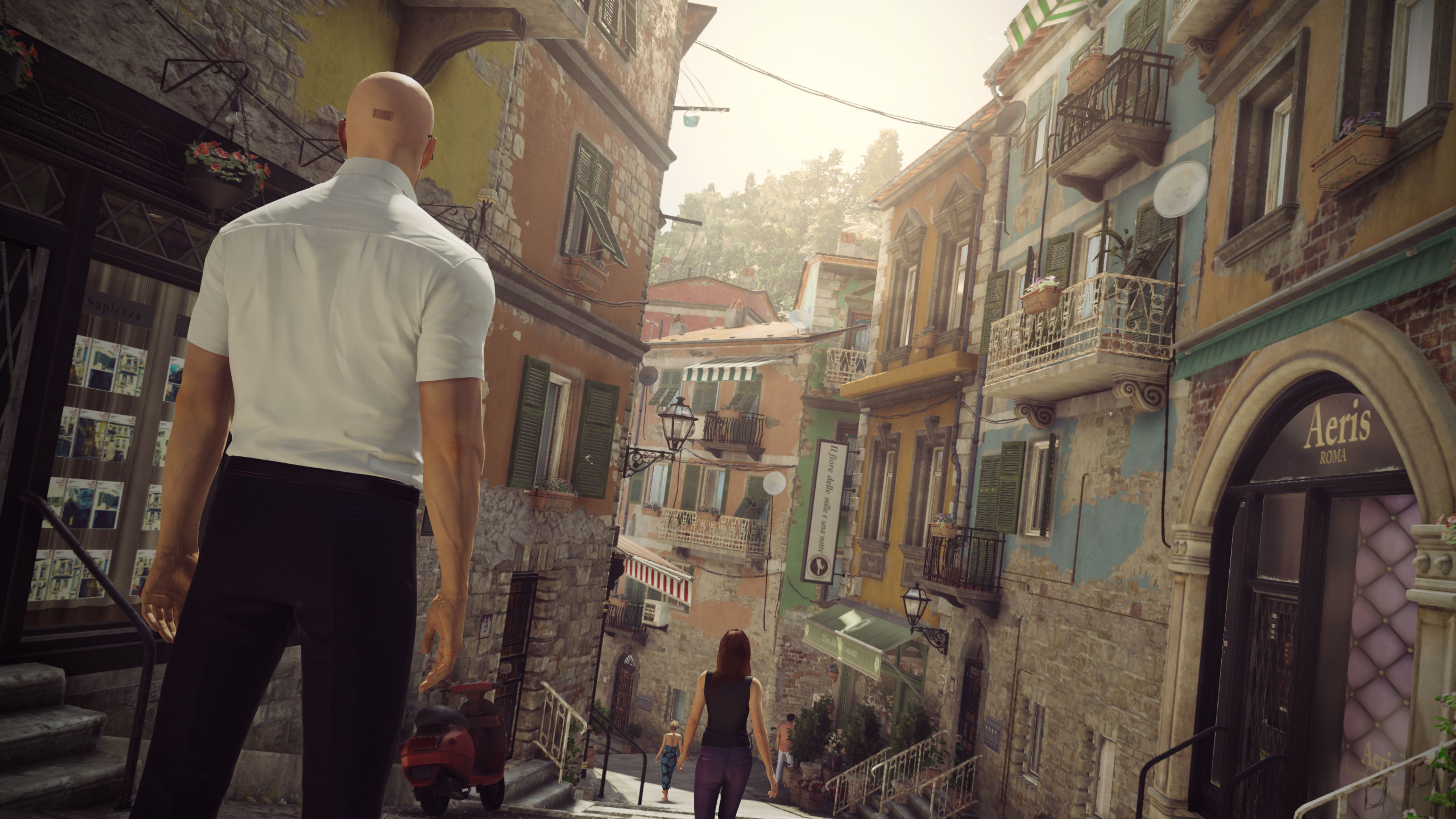 The biggest strength of the Hitman series is not in scripted stealth sequences, but in how it puts players in large, open sandboxes, where countless NPCs, systems, and mechanics constantly interact with each other to create countless emergent moments. James Bond and Hitman are very different beasts, of course, and while that exact same type of emergent gameplay is probably not going to be a right fit for Project 007, we still want to see IO Interactive keep flexing those creative muscles. Sandbox missions with a lot of room for experimentation and player freedom are what IO Interactive do best, and we hope to see them keep doing that, even if it has to be done in new and different ways.

Explosive, blockbuster action sequences are synonymous with James Bond as a property. It’s not something that IO Interactive have had to care about with their recent games, but with Project 007, it’s going to be something of a necessity. Sure, we want to see more emergent gameplay in the game that calls back to the Hitman series, but at the same time, scripted, tightly designed set-piece moments will be just as important. Maybe put us behind the wheel in an Aston Martin in a car chase? Bond fans would sure love that. 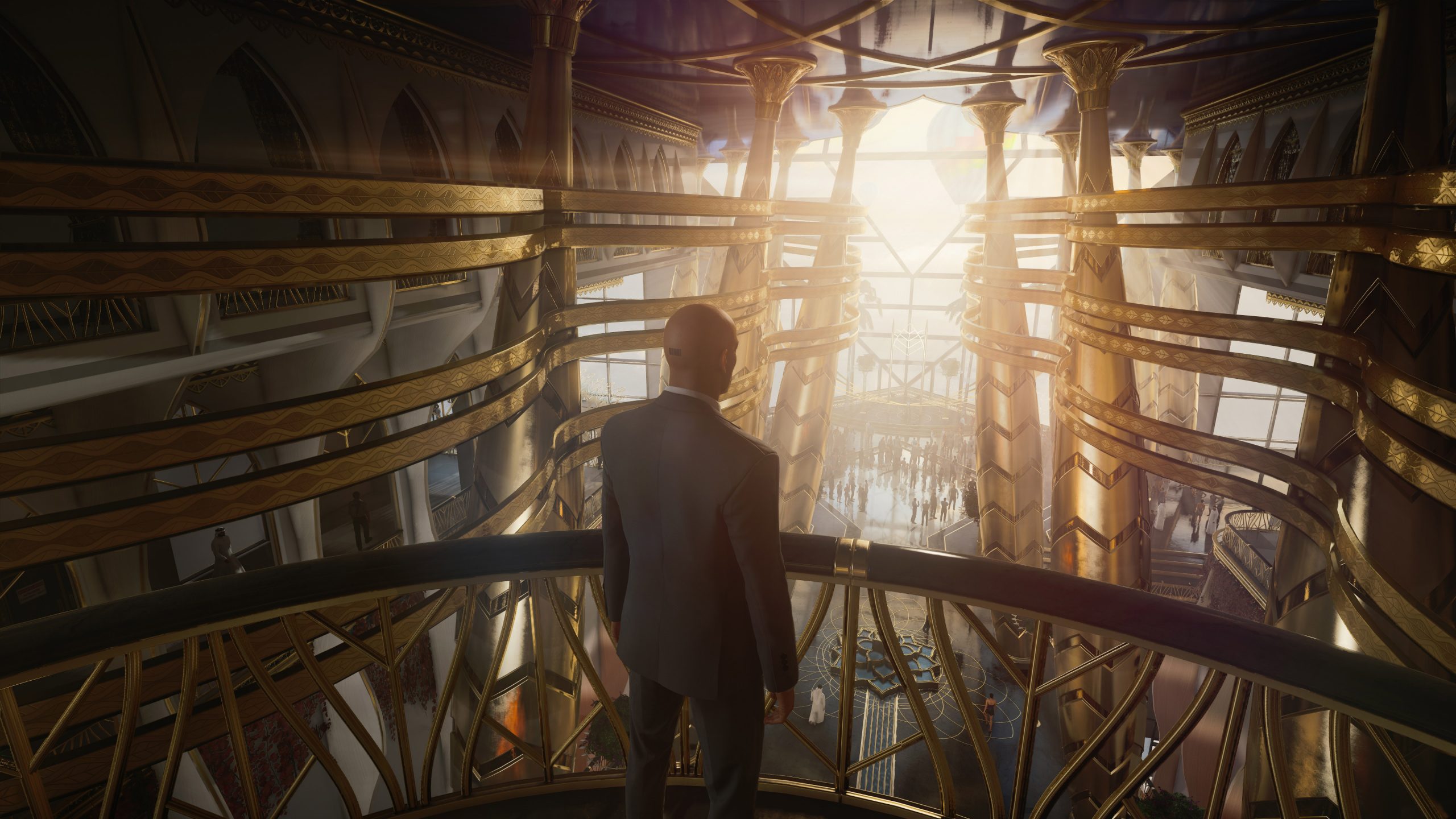 Of course, cool and interesting gadgets go hand-in-hand with 007, and surely, those have to form an important part of the gameplay in IO Interactive’s game as well. In fact, having an arsenal of gadgets that players can use in different ways would play very nicely with the sandbox design and emergent gameplay we spoke of earlier- sort of like Dishonored, but with players having access to high-tech technology instead of supernatural abilities. What’s more, the James Bond property has a history of getting really silly and over-the-top with some of its gadgets in the past, and though that hasn’t always worked out for the best in some of the movies, it would be perfect for a game. Hitman’s willingness to not take itself too seriously on the gameplay side of things and letting players be silly is one of its biggest strengths, and with gadgets, IO Interactive have the perfect opportunity to keep that approach going with Project 007. 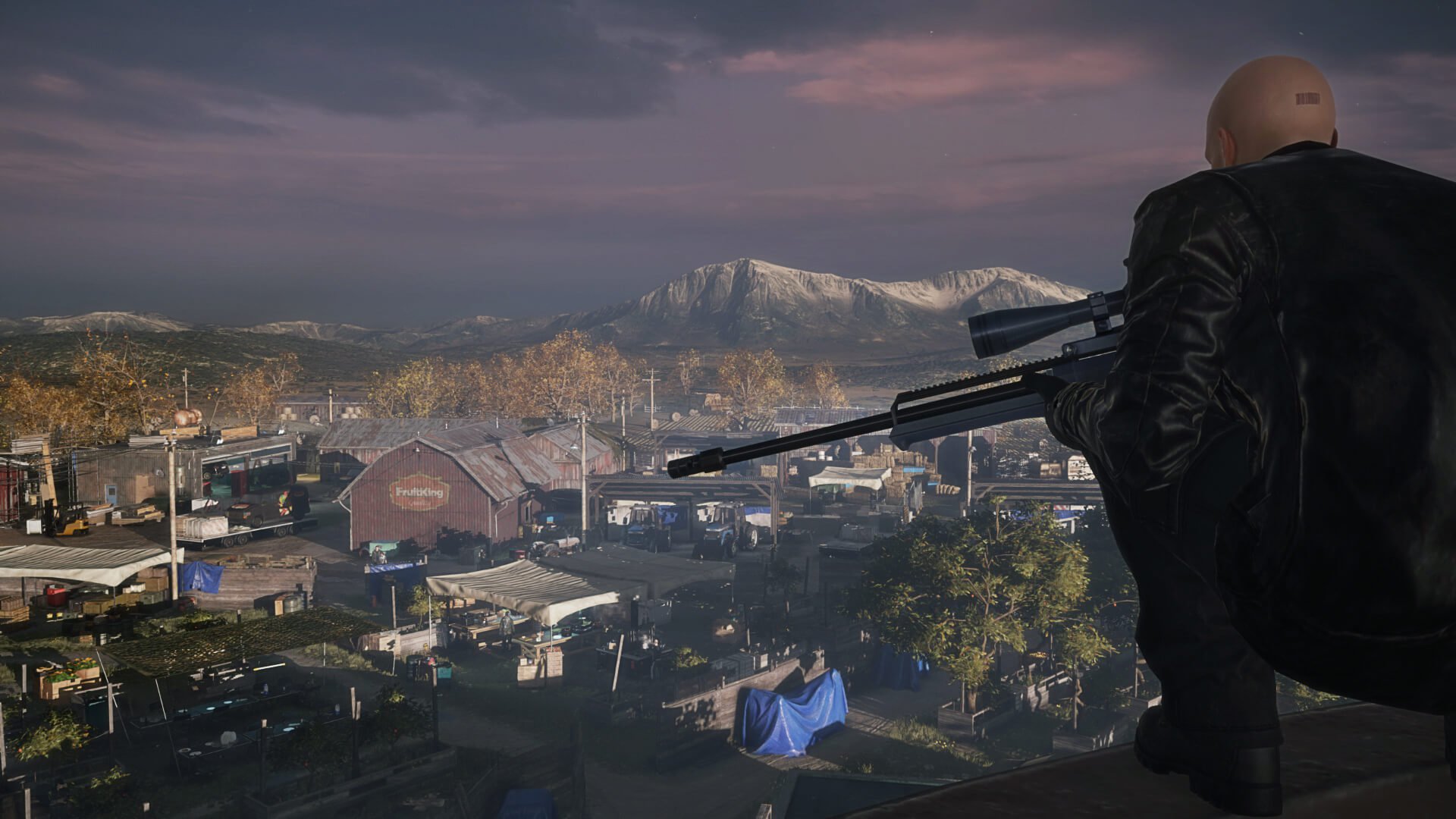 James Bond’s craftiness is one of his defining traits as a character, and what better way to translate that into gameplay than by letting players customize their weapons- and hell, even gadgets? Weapon customization doesn’t have to be an incredibly in-depth part of Project 007, but letting players upgrade and tweak their weapons in multiple ways would add a lot to the gameplay. It would be especially beneficial in terms of potentially offering even more freedom and player choice, and thus paving the way for things such as replayability- which, after all, is an IO Interactive hallmark.

While systemic gameplay and engaging social stealth have typically been IO Interactive’s strongest suits, storytelling has not. That’s not to say Hitman games have bad stories. The World of Assassination trilogy, for instance, actually has a pretty solid (if unspectacular) story, and the games do a pretty decent job of conveying that narrative. But a Bond game has to aim higher than “pretty solid” and “pretty decent” in the storytelling department. Memorable characters (especially villains) and unforgettable story moments are key Bond elements, and Project 007 needs to abide by that. 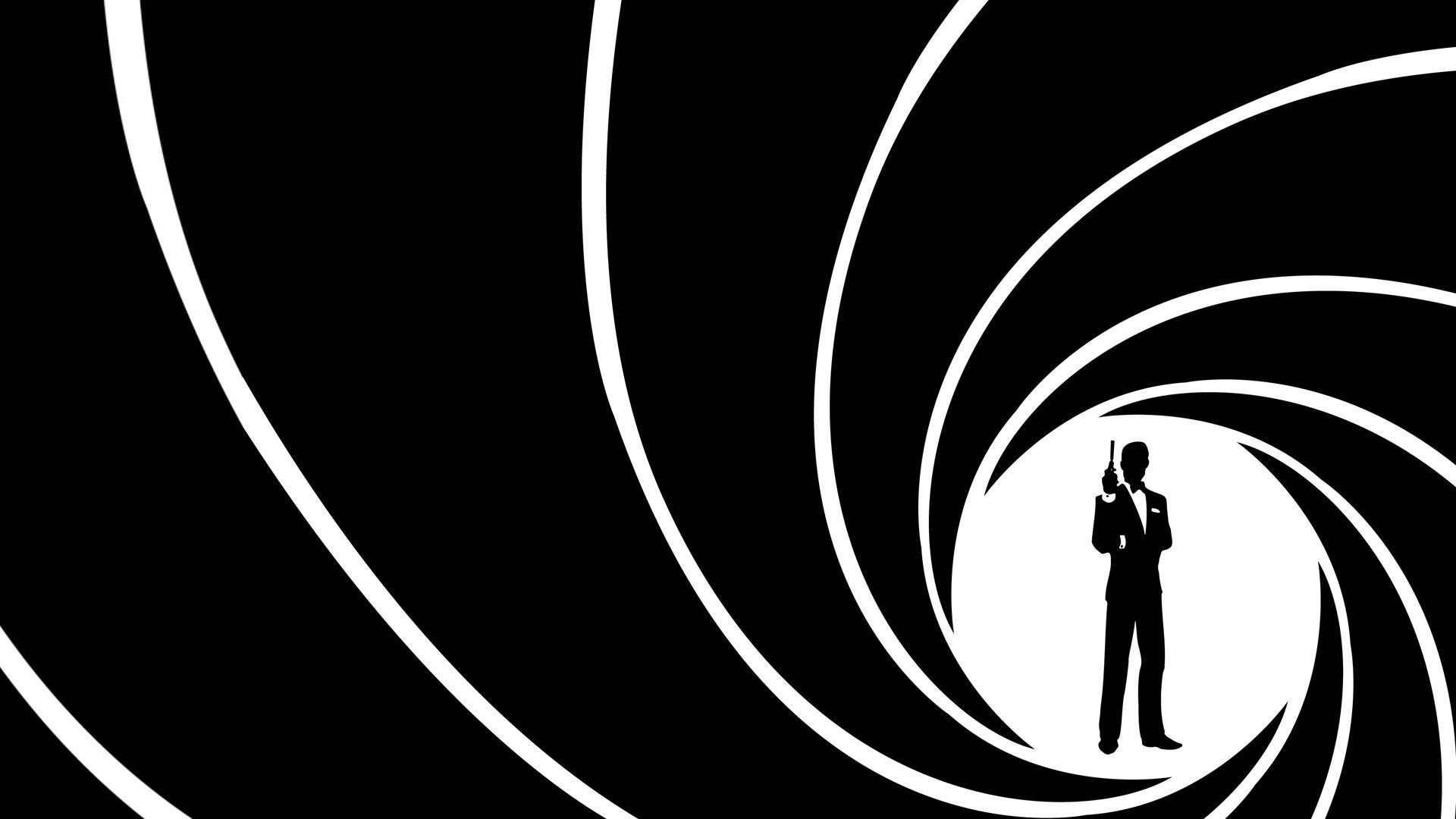 Video games haven’t always been very successful with adaptations of massive multimedia licenses, but recent years have seen plenty of releases that have bucked those trends. For instance, Insomniac’s Spider-Man games and Warner Bros’ Batman: Arkham series are perfect examples of recent successes. And what do those have in common? They respect the source material. They understand what makes those properties tick- but at the same time, they’re willing to do new things and aren’t afraid to add new elements of their own. Project 007 needs to strike that balance as well. Do we want a memorable rendition of the James Bond character? Do we want a magnetic, deplorable villain? Do we want a thrilling spy story that ropes in characters like Q, Moneypenny, and M? Well, of course we do. But IO Interactive have more than enough room to put their own stamp on Bond while doing all of those things- and we sincerely hope that that’s exactly what they’ll do.