10 Things You Should Know About the DualSense Edge

Sony is releasing its first ever high-performance controllers- here's what you should know about it.

It’s been a long time coming, but Sony have finally unveiled the first pro spec controller (and first professional grade controller full stop) for the PS5. The DualSense Edge features a raft of upgraded features and a tweaked appearance; it’s a premium controller commanding a premium price tag, and it certainly isn’t designed to cater for every player. The question is though, for those who do take the plunge, are the upgraded features worth it? Here’s a rundown of the 10 most important things to know before pre-ordering the DualSense Edge.

Unlike Microsoft who’ve been manufacturing Xbox Elite pro controllers since 2015, the upcoming DualSense Edge represents the first opportunity for PlayStation players to get their hands on an upgraded, pro-spec controller. The PS5’s base DualSense is arguably Sony’s greatest controller, with it being praised for its adaptive triggers and haptic feedback. The question Sony are hoping to answer with the DualSense Edge is whether it can vastly improve on an already stellar controller, not only to justify the price tag but also to stand up to the inevitable comparisons with Microsoft’s excellent pro controller offering.

The DualSense Edge is available to pre-order direct from Sony right now, and it’ll be released into the hands of players worldwide on January 26th. Whilst the DualSense Edge’s high specification isn’t intended to suit every type of player, its price is indisputably steep; a missed opportunity, perhaps, for Sony to undercut the range of third-party pro controllers already available for the PlayStation 5. The DualSense will retail at $199.99, £209.999, or AU$339.95, coming in at approximately 31% higher than the Xbox Elite Series 2 controller. 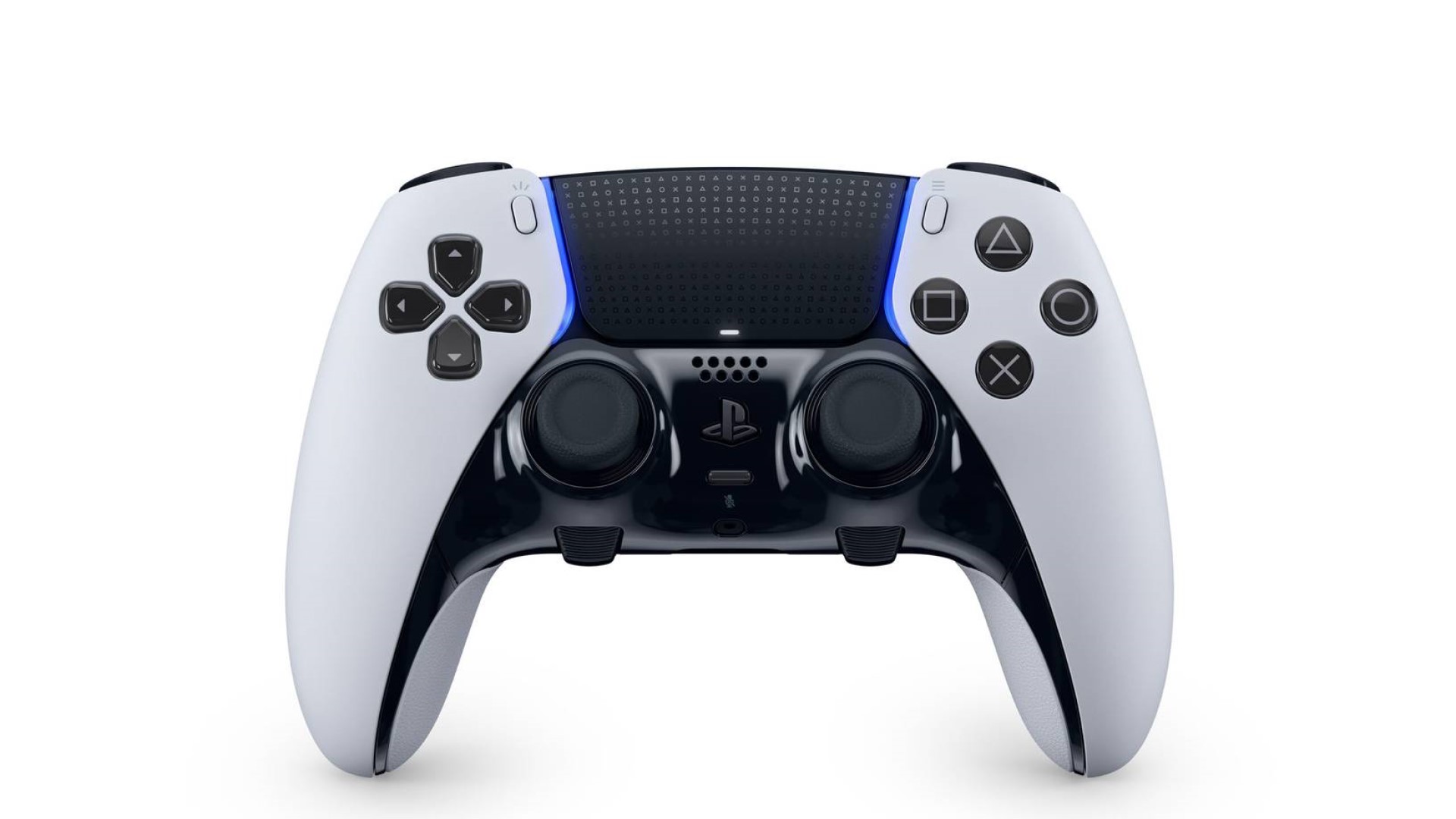 The DualSense Edge might share the same silhouette as the base DualSense, but one of its major selling points is its modular capability. Thumb sticks, stick caps, and back paddles can all be swapped and changed depending on preference and playstyle. There’re three stick cap shapes to choose – standard, high domed, and low domed. For the back paddles, the controller ships with half dome shaped paddles as standard, but these can be swapped out for lever shaped paddles if preferred. The ability to replace sticks is most welcome; stick drift is an issue blighting most modern controller designs so the opportunity to replace thumb sticks should drift issues occur will be useful to most players. It’s an extra cost though – $20, £20, or AU$25 for each replacement stick.

Yes, DualSense Edge will feature customisable button and control remapping, making owning one a deeply personalised experience. This isn’t necessarily a feature unique to DualSense Edge though, Microsoft and Nintendo equivalents also feature capability to remap buttons. What’s great about the DualSense Edge though is the dedicated ‘Fn’ function button which will reveal a standalone UI allowing quick and easy customisations. 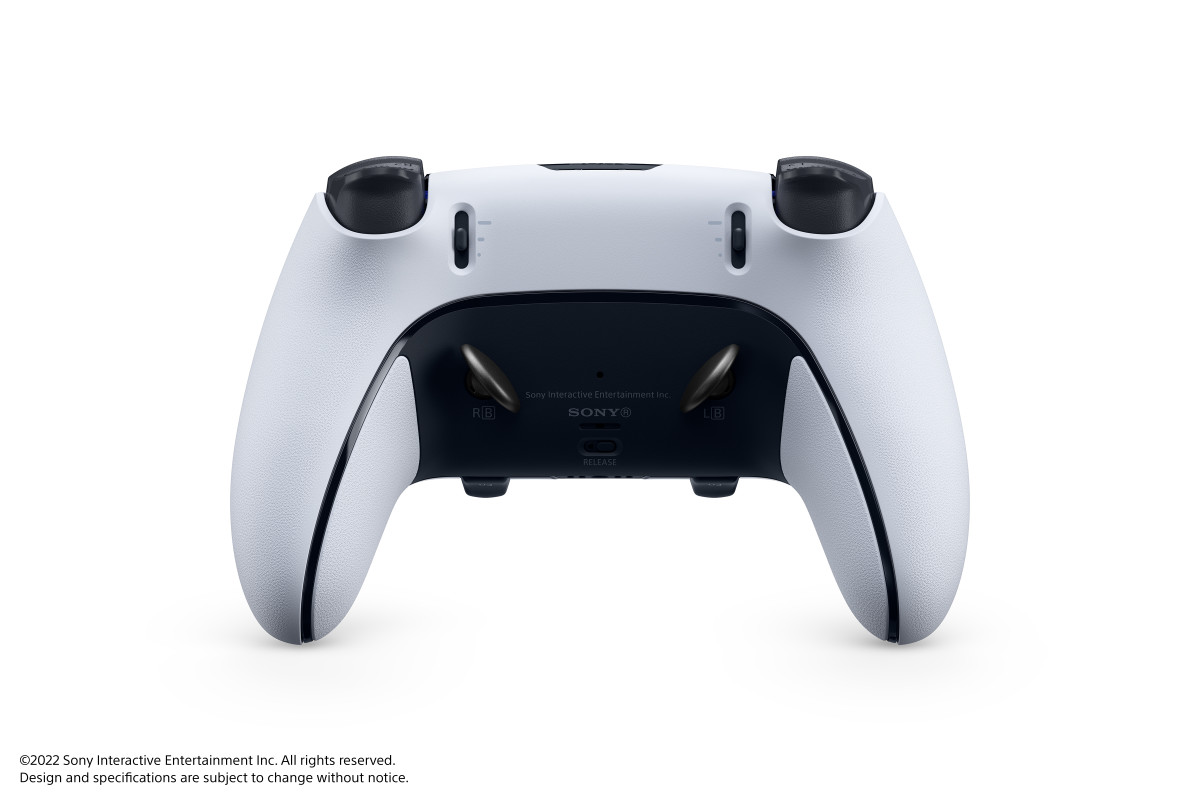 Perhaps the most useful and innovative of all DualSense Edge’s features are the adjustable trigger stops. Adjustable via sliding switches on the back of the controller, the DualSense Edge’s triggers feature variable stops which adjust the L2 and R2 pad’s travel distance. A shorter trigger travel distance allows for even more rapid-fire shooting, as well as being easier on the fingers. No matter the trigger pad’s travel distance though, the controller is still able to deliver haptic feedback and trigger tension which up to now the range of third-party PS5 pro controllers haven’t managed to pull off.

As well as adjustable trigger travel distance and sensitivity, the DualSense Edge’s thumb sticks can be customised too. Their stick sensitivity and dead zones are both adjustable, meaning – if preferred – reduced stick travel distance for rapid turning or cornering. For action heavy titles and frantic FPS games these fine-tuned micro-adjustments could spell the difference between successfully surviving an encounter or dying. 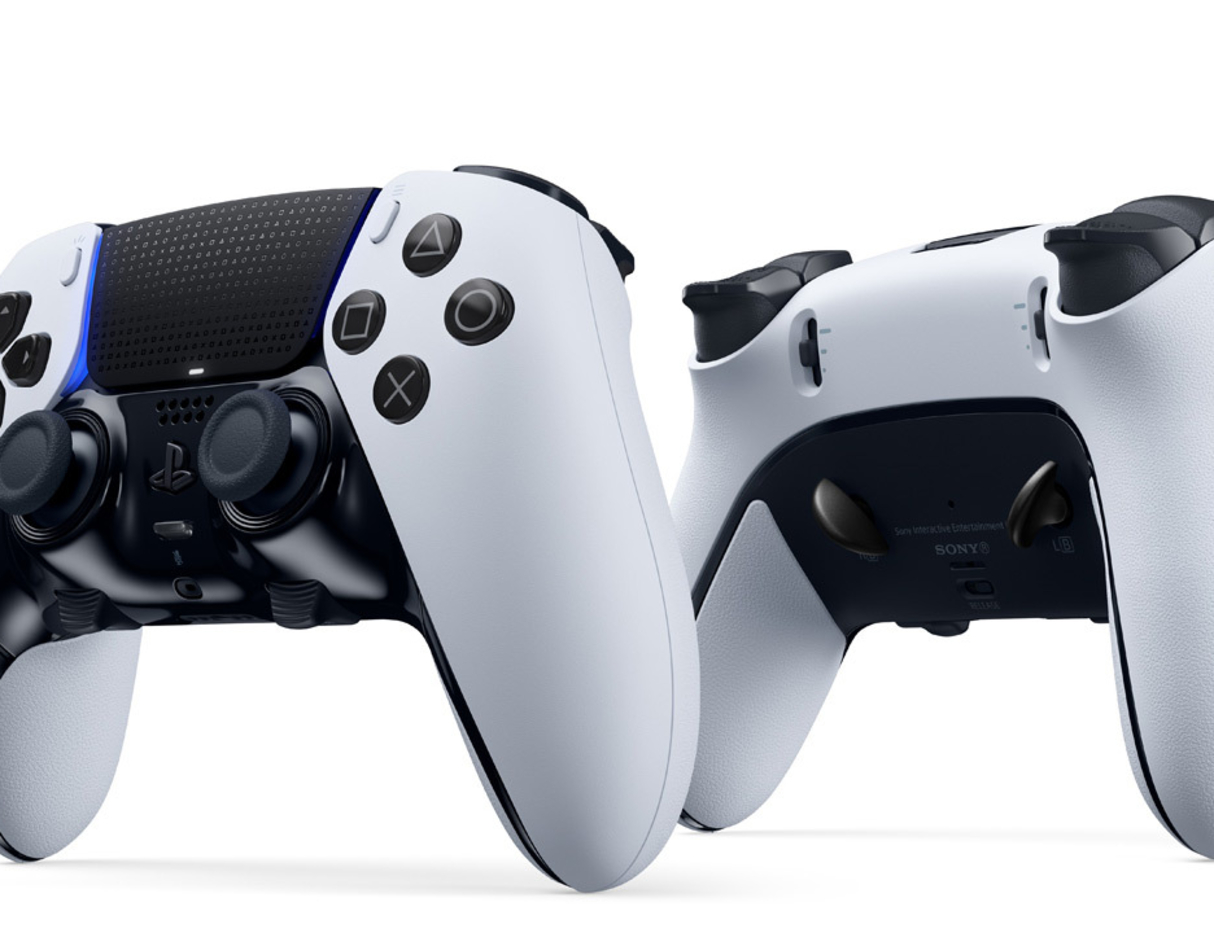 Also accessible via the DualSense Edge’s unique on-controller user interface is the ability to quickly swap between multiple controller profiles. So, all the customisation and fine-tuning options highlighted in this feature can be saved and recalled at a moment’s notice; blasting through sci-fi bullet hell Returnal and your mate fancies a race on Gran Turismo? Well, you can switch between controller profiles on the fly, meaning the optimum controller set up is immediately ready to go no matter the game you’re playing. Also, worth mentioning is the on-controller function buttons can also adjust audio and headset volume levels in addition to quick swapping controller profiles.

So, included in every DualSense Edge wireless controller purchase is a braided USB-C charging cable that is designed to lock into the controller’s charging port, avoiding the possibility of accidentally tugging the cable out of the connector – a feature especially useful if charging the controller whilst playing. The controller’s interchangeable components and modules are included too – so that’s two each of the standard, high dome, and low dome stick caps, plus two each of the lever and half dome back buttons. Everything is designed to fit snugly into an included carry case too. A neat feature of the carry case is that the DualSense Edge controller can be charged via the case’s USB connector whilst safely stored inside. 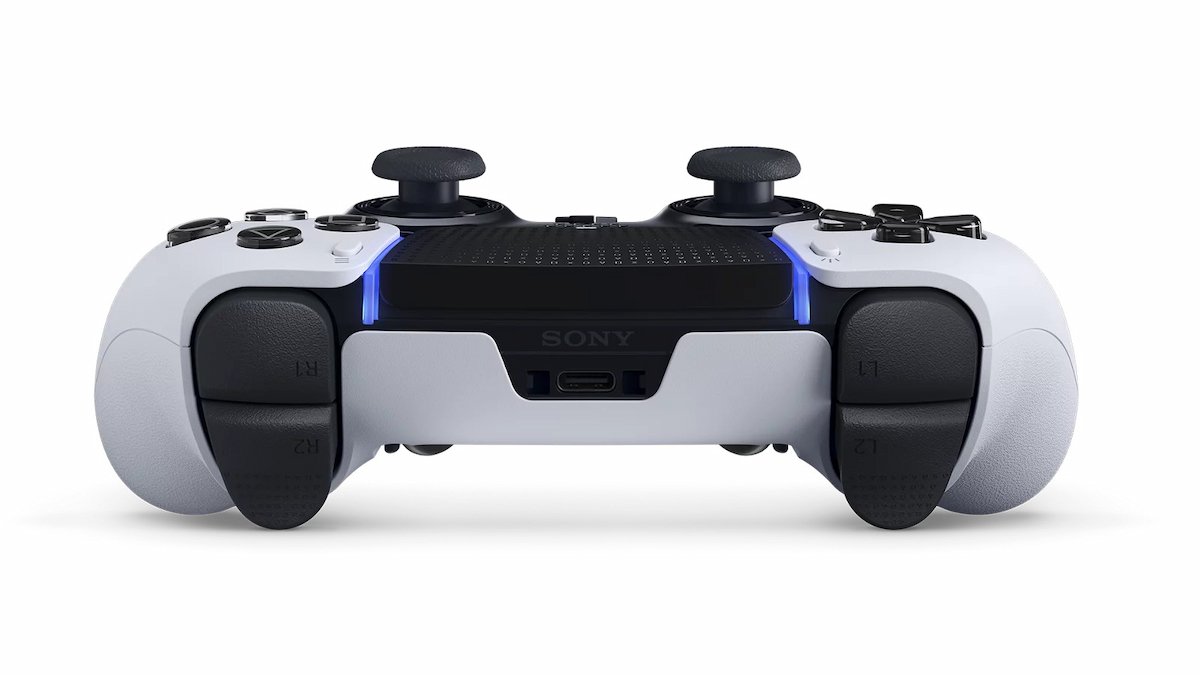 Unlike third party pro controllers for the PS5, Sony’s DualSense Edge controllers won’t be customisable. Their appearance is tweaked slightly for the pro version – the central touchpad is now a matte black, with the D-pad and iconic cross, square, triangle, and circle buttons also now a deep glossy black. But visual details unique to the DualSense Edge aside, there presently aren’t any further appearance customisation options available. This sits in stark contrast to the leading third-party pro controller the Scuf Reflex which boasts a huge list of customisation options to tailor and personalise the controller’s appearance. This feature may arrive later down the line, but with the slim range of PS5 console covers only recently being made available, it’s possible Sony believe there isn’t much appetite to personalise the appearance of PlayStation hardware amongst players. After all, how the controller functions is more important than how it looks.