One glance at 1000xRESIST is enough to grab hold of your attention- set in a futuristic world where humanity is all but gone and you play as a clone, 1000xRESIST is promising a unique narrative-driven adventure title. From its unique world and setting, to its focus on character-driven storytelling and tantalizing mysteries, to its promise of a “hyper-cinematic adventure”, there’s a lot here that catches the eye. Curious to learn more about the game as we have been, we recently reached out to its developers at indie studio sunset visitor with a few of our most burning questions. You can read our interview below. 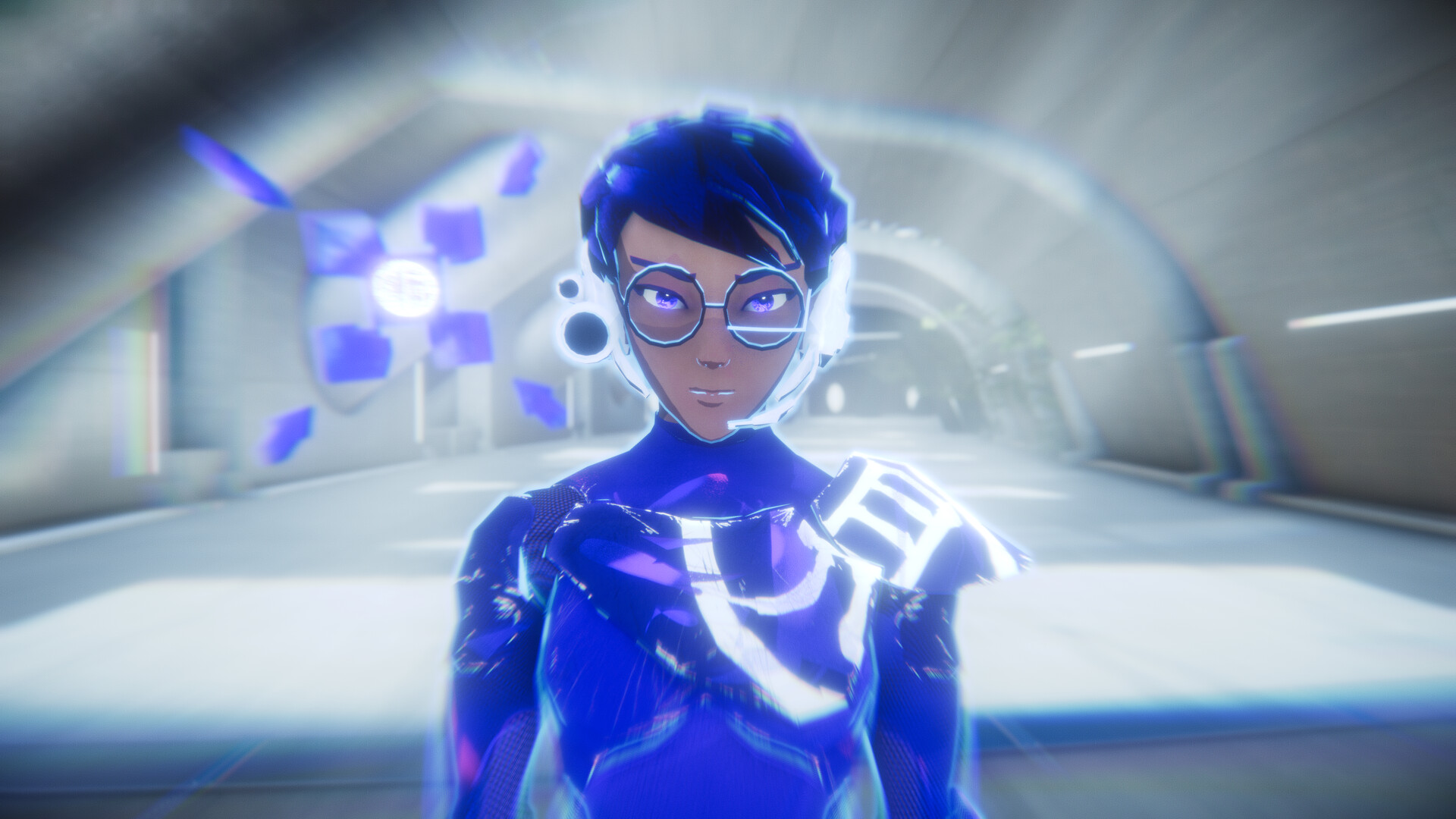 "Our experiment with 1000xRESIST is to revolve everything around its narrative in a real way."

1000xRESIST is being described as a “hyper cinematic” adventure. Can you elaborate on that and how that has shaped your approach to developing the game?

Our experiment with 1000xRESIST is to revolve everything around its narrative in a real way.

We use different camera and control modes (first-person, third-person, fixed camera, side-scrolling) and pair them with different story beats and environments. We took a lot of influence from the Nier games in this aspect. However, we’re trying to push it a bit further, by changing our whole mode of storytelling when these camera/control modes change. Sometimes, we’re in a Gone Home-like scenario, interacting with objects and hearing our main characters speak about them in first-person, and other times, we take a “story book” approach in a side-scrolling mode, similar to 13 Sentinels: Aegis Rim. The former approach is intimate and the latter provides us distance from our subjects.

The game has a story to tell, and that’s the bedrock, but mechanically, it’s kind of an anthology. So, in addition to thinking about camera shots, music, plot events, and characters in each chapter of the game, we can add “game camera and control modes” to that list, and employ them as another artistic tool. All types of camera shots and stories have a lineage, a history you can reference, and we do that as an audience consciously or subconsciously when we intake them. Games have been around long enough to accumulate their own history and audience experience, and we try to take advantage of that in an overt way. It’s been a fun challenge.

The 1000xRESIST world and setting seems to be rich with lore and fascinating backstory – how much of a focal point has that been for you as you’ve worked on the game?

This is a huge part of the game. As players, we love games like Kentucky Route Zero and Night in the Woods, where the setting and characters are front and centre. Everything about how we built this game stems from the narrative.

One of the major themes of the game is how time takes small events, unfolds them in a messy way, leading to really outrageous / tragic / hilarious outcomes. This ties in with one of our main mechanics. The player can change time periods and see the same environment, sometimes, decades apart. They can witness how spaces and the characters have changed over large periods of time.

This allows us to get really specific with lore and dates and years, if players focus on that kind of thing. Many of the events are unveiled to the player in non-chronological order. So there’s a bit of a meta-game going on, tracking when this event happened, who was involved, the lifecycle of an object, and so on. Revelations of, “oh, this character was alive then, and saw this” are fun.

As a big lore buff – as a Star Trek fan, I spend way too much time on Memory Alpha – I love following minor characters through different shows and time periods. In 1000xRESIST, there are some surprises where minor characters (your standard NPCs) actually become major ones as time passes. We’re working hard so that those trajectories can be followed, and by talking to those characters, players are experientially rewarded. 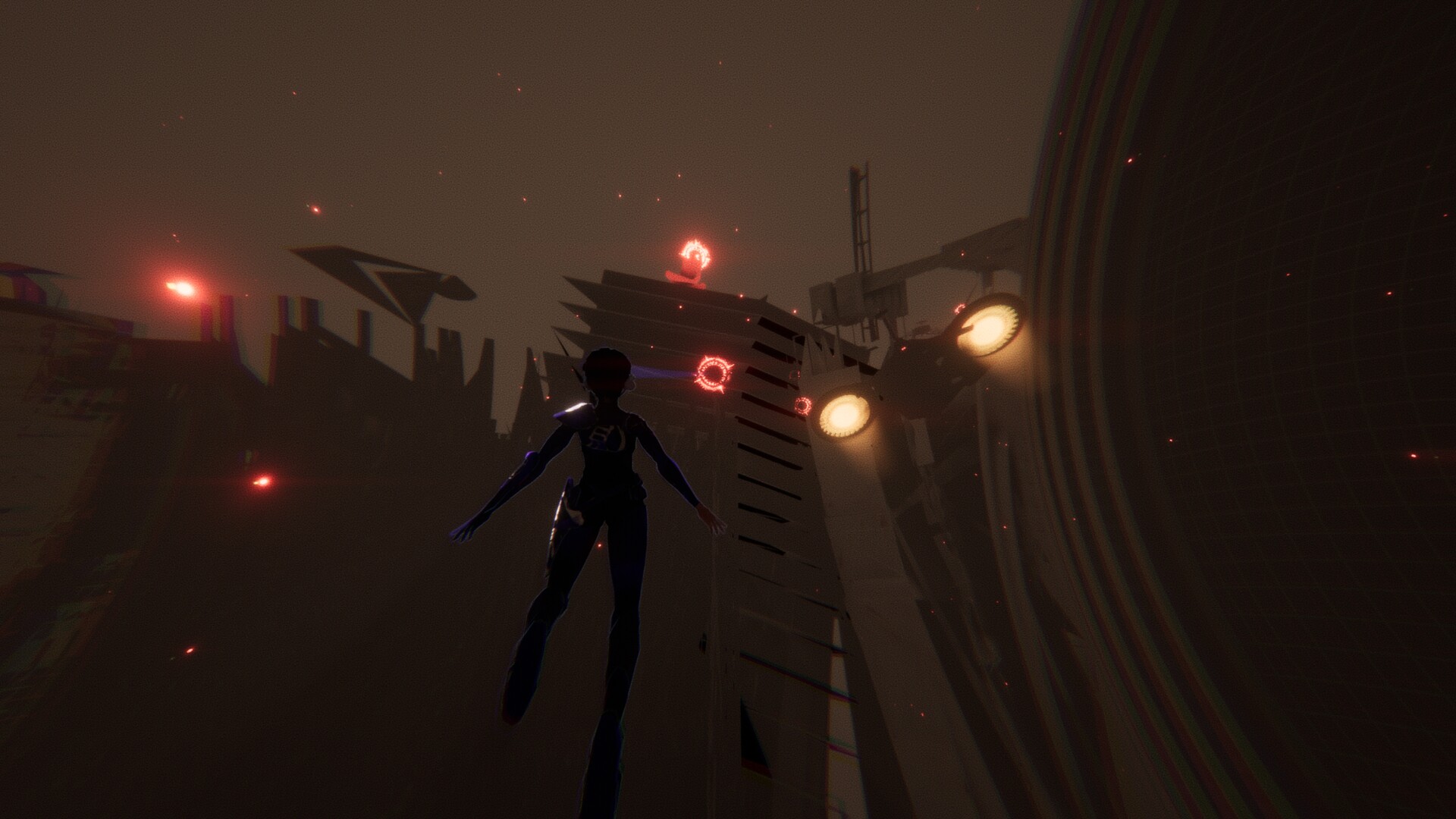 "As players, we love games like Kentucky Route Zero and Night in the Woods, where the setting and characters are front and centre. Everything about how we built this game stems from the narrative."

How much of an emphasis does 1000xRESIST place on choice and consequence mechanics? How radically will players’ choices affect the story?

On the matter of story branching, we will be transparent and say we’re a small team of 4-5 devs working at any given time, on a pretty tight timeline. We had to really prioritize with this project. We decided early on to give players a narrative experience that covers a lot of ground and takes place over many years, but by doing that, branching through-out the game is limited.

That being said – the end of the game asks the player to make a series of very difficult decisions, some that will be heartbreaking, and those will affect the ending.

From a story perspective – a major part of the narrative is how these characters make small and big choices, and how the consequences of those choices play out over long periods of time. It’s important for these choices to be interpreted later down the line by the player.

The player may feel a specific way about something, for that to radically change at a later point. This interpretation by the player will be important during the ending, as they must come to their own conclusions.

Given its branching narrative, what can players expect from the game where its replay value is concerned?

Since many of our branching points focus on the final chapters, we want to assure players they do not have to replay the whole game to see everything. It’s 2022 and time is more limited than ever, so we want to respect the player’s time and make sure they don’t have to backtrack to see it all.

After a first playthrough, once certain character trajectories are revealed, I do think there is replay value to go back through the game and see where these things were first planted and alluded to. We try to hide a lot of things in plain sight. If the player does this, they may change their mind on some of the decisions they made at the end.

We’re working on the end now – there won’t be any perfect narrative outcomes. Our hope is that players will continue to question those decisions after they finish the game. As they change in real life, maybe they’ll think about how they played things out.

On a gameplay level, would you say 1000xRESIST focuses primarily on exploration? Does the game feature any combat or puzzles?

Mechanically, our game is very similar to Kentucky Route Zero and Night in the Woods.

In the memory levels, you will be able to experience the same environment in different time periods, jumping between intervals of minutes, days, years…

There is no combat in the game, but there are puzzles when that makes sense in the story, usually tied to our time period mechanic, and light platforming where you get yeeted across large distances and abstract spaces. 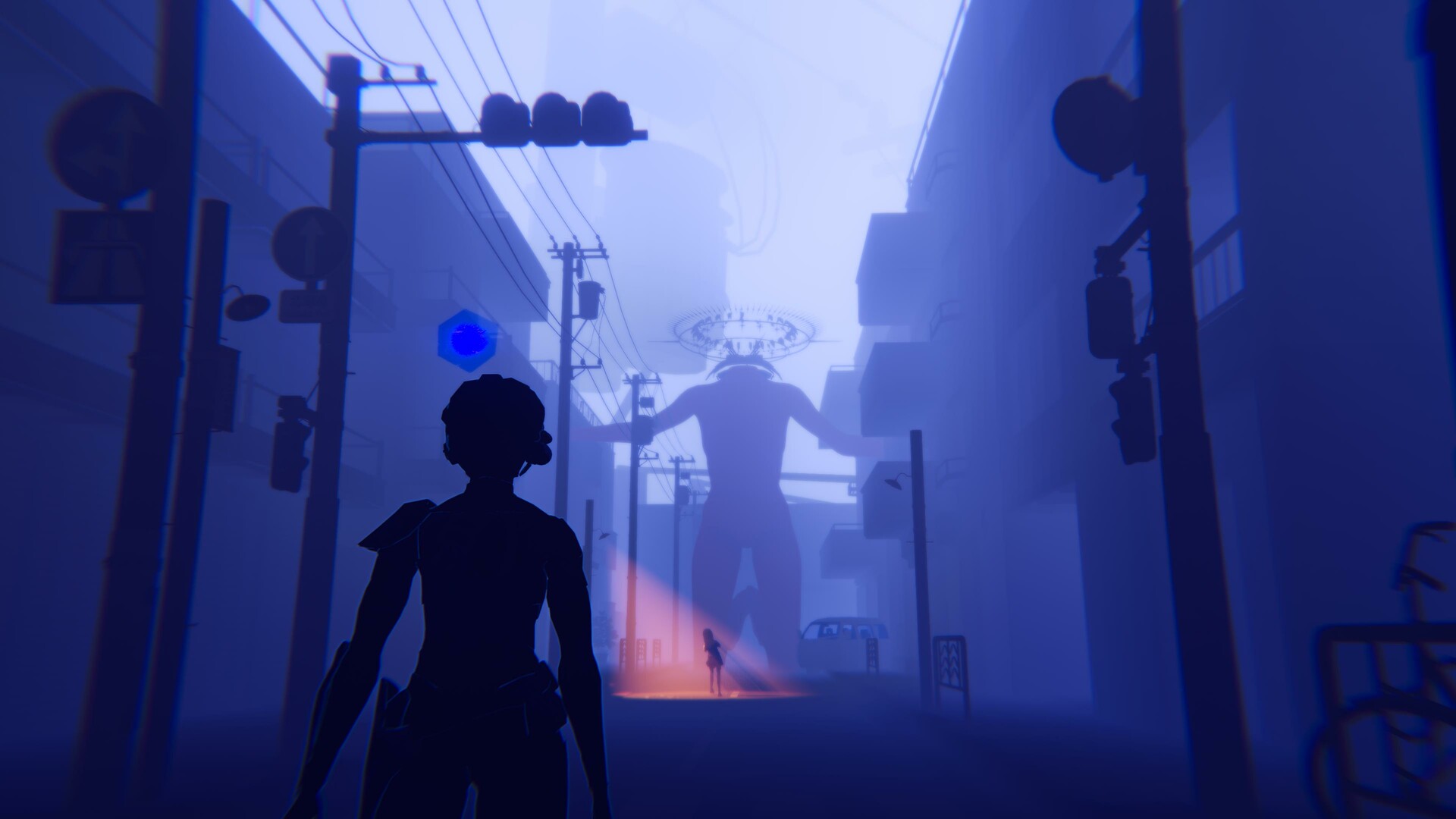 How large and varied can players expect 1000xRESIST’s environments to be?

There are a lot of contrasts to the places you’ll visit in the game, some very mundane (your childhood home), some fantastical (a cavernous future prayer chamber).

Our focus is making these spaces feel narratively important, as opposed to lots of “horizontal” space. In many cases, you’ll see these same spaces after significant change, so there is a lot of “before” and “after” going on.

You’ll be able to experience different eras of our main set – The Orchard. This is featured in the trailer, with lots of different architectural influences, it’s where our main characters live.

In a lot of ways, we think of our main set as something like Deep Space Nine from Star Trek. A lot of time passes on that station, different people come and go, events big and small change the space for better… and for worse.

Roughly between 8 to 12 hours, dependant on how willing a player is to fully explore environments and the time periods present in each one.

Do you have any plans to eventually launch for Xbox and PlayStation as well?

We can’t say anything yet about our plans for platforms other than PC and Switch.

In a really great GDC talk, Jesse Schell talks about “venues” for gaming. One of them is your “workbench” (the PC), the other is the “nook” (where you read books, the handheld console), and the other is the “living room” (TV, bigger screen, consoles). We really feel 1000xRESIST is a great “nook” and “living room” game. So, of course we would love to be on Xbox and PlayStation and we’re looking into it.

Check out the complete list of TM and Recipes and their locations in Pokémon Scarlet and Violet.

"Below provides a great opportunity for exploration, hidden areas, creepiness and a chance to use the space fo...

Whether you're looking to beat enemies with poison, rely on Rage, or channel the Berserkers, these armor sets ...

Earning XP is good for unlocking more skills, but how do you level up? What role does gear play in your overal...