Horror games have seen a resurgence in popularity in recent years, but long-time fans of the genre would remember a time when notable releases in this domain were few and far between. Add to that the waning quality of prominent survival horror franchises like Resident Evil which started to stray further from its roots with each passing entry, and coming across genuinely scary and memorable experiences was a rarity in these times. Back in 2008, Dead Space was promptly received with critical and commercial acclaim. Following the breakout success of the original, a sequel was imminent and the developer quickly got to work shortly after the first game’s release.

After a great deal of pre-release marketing and hype, Dead Space 2 was finally released in January 2011. Critics and fans absolutely lapped up the game, as they continually lauded praises for the game’s excellent atmosphere, genuinely terrifying scares, and a markedly more mature and personal story. At the time of writing, Dead Space 2 stands at a shining score of 90 on Metacritic and more than 11 years later – it remains one hell of a game to look back to. 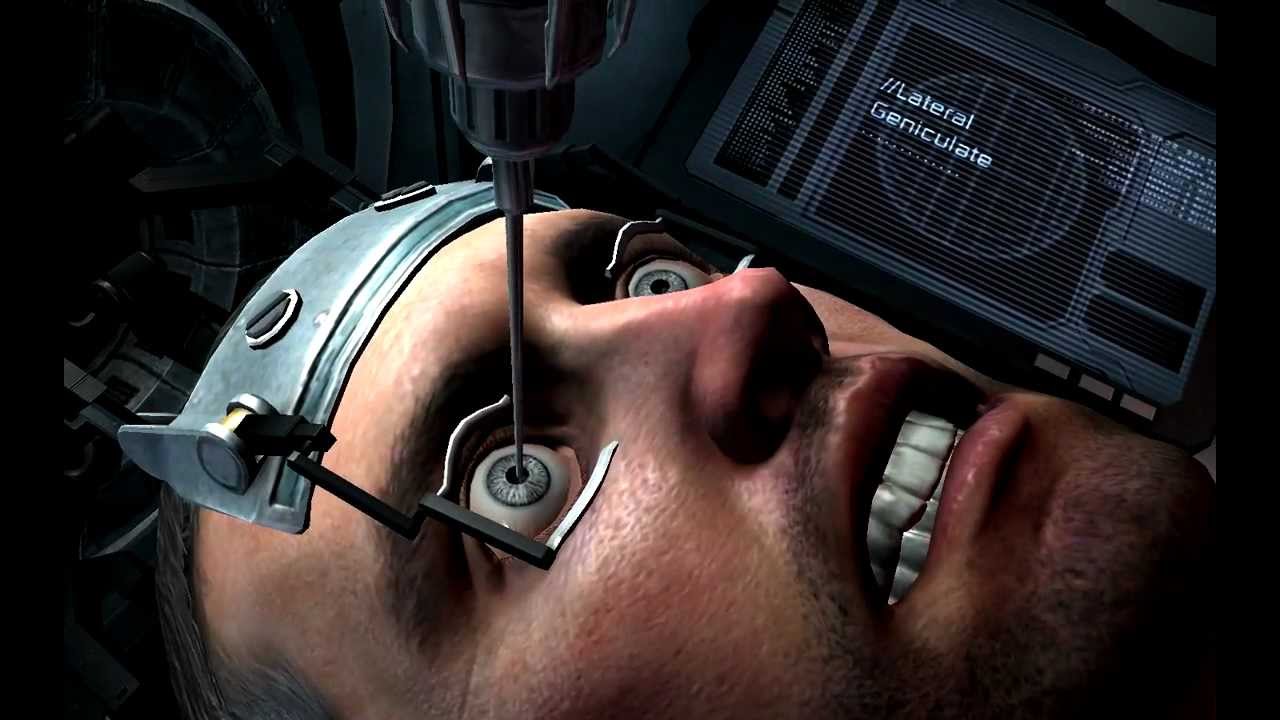 Dead Space 2 follows up on the adventures of the series protagonist Isaac Clarke as he tries to find his way about the Sprawl space station. You see, after going through the horrors of the first game – Issac finds himself trapped with serious mental issues stemming from the alien Markers. Trapped by EarthGov in this mental asylum, Isaac must now somehow escape through these Necromorph-infested corridors and alleyways all while coming to terms with and combating his own personal demons. While Dead Space was by no means a light-hearted adventure, Dead Space 2 veers into much darker territory with its narrative as it tries to deal with heavy subjects like mental illnesses – and mostly succeeds in this aspect with its depiction of Isaac’s twisted mental state.

The developer added some neat touches here and there, such as how Isaac’s dementia is represented through his recollection of nursery rhymes and how Nicole’s visions from the past haunt him to this day. In addition to the central character, there are supporting characters such as the likes of Stross and Guin which may not be the most memorable – but combined with the gripping story makes for an enjoyable ride through and through. All of this culminates to form a distinct visual identity for the game which in extension, helps create an unsettling and ominous vibe that is perfect for any survival horror experience.

Now coming over to the gameplay side of things, Dead Space already nailed a meticulous and methodical gameplay that borrows from the likes of contemporary horror games while injecting a few neat ideas of its own. While just giving out more of the same would have been decent enough for most fans of the first game, the developer added a few neat tricks and embellishments that breathe new life into this amazing combat system. Isaac Clark is both more nimble with his movements and more proficient with his guns, which makes for a markedly faster combat system that’s most definitely an improvement over the original. 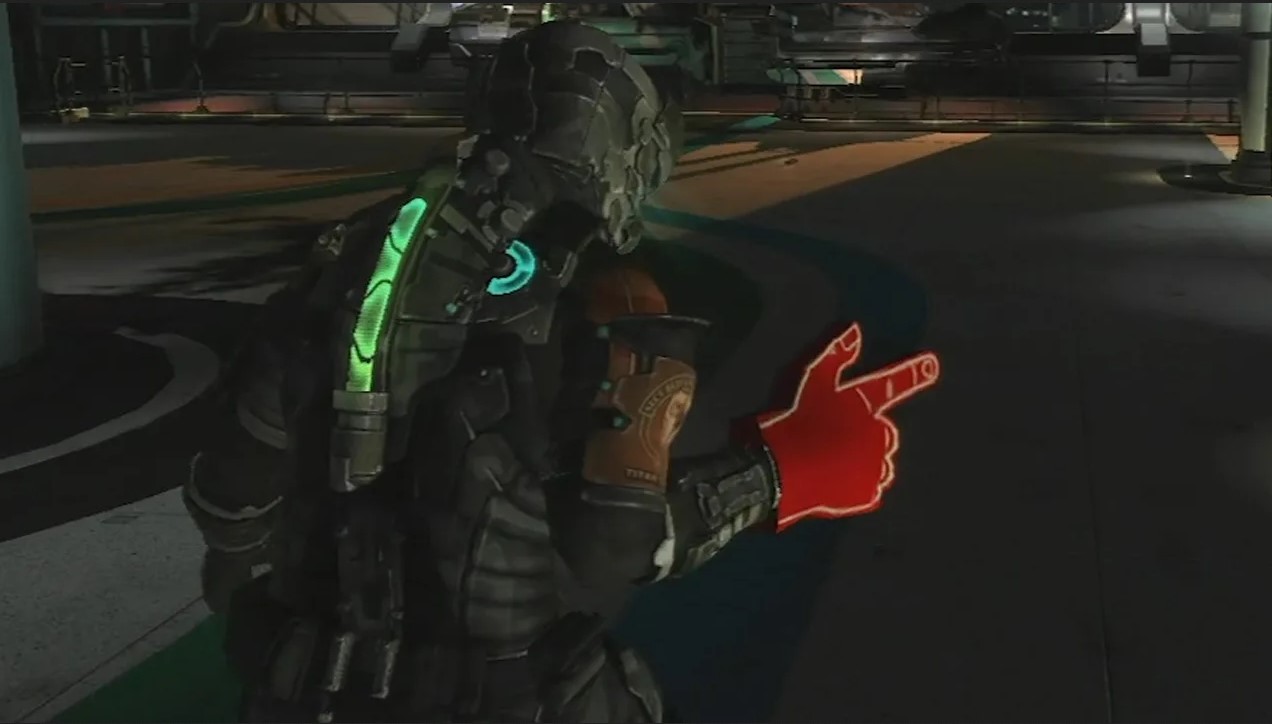 Sure, there are a few cinematic quick-time events sprinkled through the experience that can make sections of the game feel more action-oriented than survival horror, but the developer managed to strike a great balance between these aspects so as to not overshadow one element of the experience with the other. Of course, this wouldn’t be the case with the next entry in the franchise, but that’s another story for another time.

Either way, Isaac is still put up against the ferocious Necromorphs once again as they overrun this space station. And much like the first game, you have to focus on taking them down as efficiently as possible, which usually entails chopping off their limbs with carefully placed shots. While the actual pace of the combat loop is faster than in the first game, Dead Space 2 still retains the methodical nature of the original. You will always have just enough ammunition to barely scrape by enemy encounters, but if you are careless about your shots – you will most likely end up in trouble with your adversaries. You can also upgrade your guns, which helps in providing a gradual sense of power fantasy as you slowly and steadily become more capable of dealing with harder enemies throughout the game. Isaac also got a couple of new tricks to add even more variety to combat through Kinesis and Stasis – which opens up new and exciting opportunities to dispatch Necromorphs.

Dead Space 2 also introduced some zero-g sections where Isaac would explore vacuumed-off areas all while keeping tabs on his constantly waning oxygen supply. Additional oxygen tanks would replenish the supply, so you would have to be on the lookout for these resources during these sections. Sure, they weren’t a game-changer by any means, but these touches do go a long way in ensuring an experience that’s more varied and dynamic in nature.

While Dead Space 2′s single-player offerings are a well-rounded experience in itself, the developer also added a couple of end-game activities to keep those wanting to spend more time with the game busy for hours on end. Firstly, there’s the competitive multiplayer experience, which was a cut above the shoehorned multiplayer offerings that were so prevalent during the generation – making it a worthy distraction from the single-player campaign. Hell, you could even play as different kinds of Necromorphs and hunt down the other team as they made a beeline for the objectives.

But even if you wanted to stick to the single-player side of things, completing the game on harder difficulties was a worthwhile challenge, or you could start a new game plus to carry your high-level equipment over a new campaign. Especially devoted players could also attempt to complete the game on the hardcore difficulty, which requires you to get through the game with only 3 saves. If you die at any point, you will of course – be redirected to the last save point that could potentially rob you of hours of hard-earned progress.

In conclusion, what made Dead Space 2 such an enthralling experience can be chalked up to how the developer managed to check off all the boxes for what fans desire from a sequel. More of the same? check. New abilities like Stasis and Kinesis? check. A gripping story with some sense of purpose and maturity? check. Topping that off is a surprisingly fleshed-out array of options when it comes to end-game distractions like the enjoyable multiplayer and additional challenging difficulties.

While going back to Dead Space 2 may end up feeling a bit hard due to its somewhat muddy visuals and chunky controls when compared to modern releases, the actual experience more than makes up for these rough edges. All these years later, it’s still a damn fine game. That said, we’d really love to see a full-fledged remake of this game as well – much in the vein of the upcoming remake of the first Dead Space.