Humankind has been enamoured by the moon for as long as anyone can remember, and that’s affected our entertainment as well. Games, of course, haven’t been immune to that obsession. More than a few times, games have taken giant leaps and taken us right to the lunar surface, and here, we’re going to talk about a few of them that did exactly that.

NOTE: This feature contains spoilers for every game that is mentioned. If we begin talking about a game you don’t want spoiled, skip ahead to the next entry. 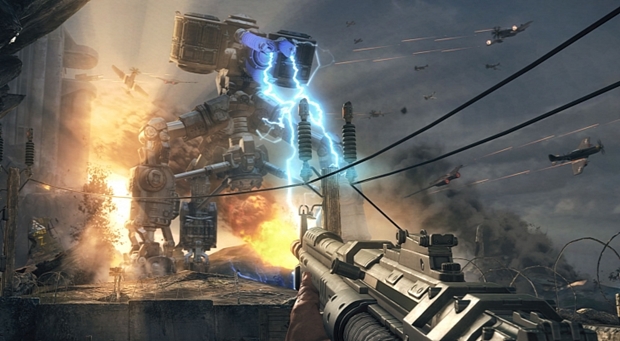 Wolfenstein as a series has never been afraid of flights of fantasy, and The New Order, in typical Wolf fashion, has plenty of that going on as well. To secure lunar launch codes, BJ infiltrates a Nazi base on the moon, killing Nazis, destroying drones, and even donning a spacesuit and walking on the moon’s surface. It’s one of the game’s best missions that serves to exemplify how far-flung the series can get with its stories (in a good way).