Posted By Shubhankar Parijat | On 21st, Jul. 2017 Under Feature, Slider

There’s nothing like that moment when a video game does something that just makes you stop, put your controller down, and marvel at what you’ve just witnessed. How a game does that, of course, can vary depending on what game you’re playing. It can be anything from a major twist or an incredible boss fight to something visually gorgeous or an ingenious piece of game design that makes you do a double take.

Here are fourteen moments from the last decade when a video game had that sort of an impact on us. If you agree or disagree with any of our choices, sound off in the comments section below.

Note: This article may have spoilers. The views expressed in this article are those of the author and do not necessarily represent the views of, and should not be attributed to, GamingBolt as an organization. 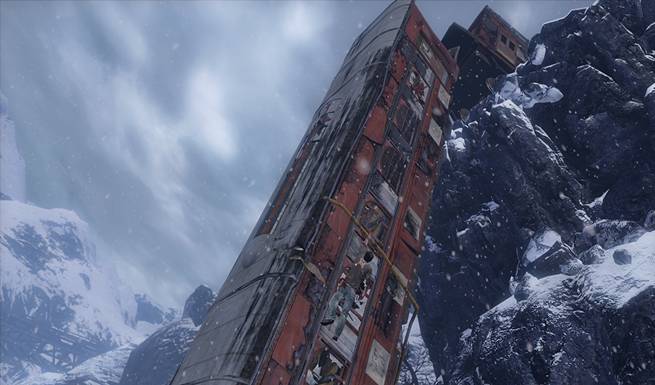 The train set piece from Uncharted 2 is a thing of legends at this point, much like the rest of the game itself. With Uncharted 2, Naughty Dog showed the world that blockbuster action sequences can be done as well as they can in movies, if not better, and that they don’t just have to be lengthy, flashy cutscenes. The train section from Uncharted 2 combined everything that the game was so good at. Platforming, combat, heart-pumping action and flashy cutscenes all came together into a single, seamless sequence, that was made even better by the fact that it was all completely interactive. The Uncharted series has been trying to one-up the train set piece ever since, with the plane crash in Uncharted 3 and the intense jeep chase in Uncharted 4, and while there’s nothing but good things to be said about both of those, the train remains, to this day, the undisputed king.