15 Cancelled PlayStation 3 games that should have never been cancelled

Games getting canned are not a new thing. Games get canceled due to development hell, inability of game to meet publisher standards or in plain words, ‘ego’ differences.

But it really hurts me that some of these games had so much potential and they got canned for a ton of different reasons. We bring you 15 games on the PlayStation 3 that got canned. I am pretty much sure that you must have either forgotten many of these or have never heard about them. Check the list out.

The Fixer was a 3rd person action RPG under development at Climax for the Playstation 3. SCEE then terminated their publishing contract with them in 2006 which meant that the entire game had to be canned. Looked pretty slick though specially the way the main character uses the guns. Check the video below.

Killing Day was first shown to the public at Sony’s Press Conference at E3 2005. This first person shooter by Ubisoft featured a featured a swarthy, tattooed gangster firing his pistols like crazy. The game was unfortunately cancelled midway through the development. Interestingly in 2009, Ubisoft filed a trademark for Killing Day which kicked off rumors that the game might be in development again. Since then, there has been no update about the game.

Ubisoft again! I hate you guys for cancelling great looking games! This cancelled PlayStation 3 exclusive game features a dude running around the streets of what looks like London. Featuring futuristic animations and visuals, this game could have been a stunner. Plus fighting against giant robots is a win-win situation for any gamer. But hey it seems like it was a lose-lose situation for Ubisoft.

Redwood Falls for the PlayStation 3 could have easily been the same as to what Alan Wake is to the Xbox 360. Redwood Falls was a FPS- Horror project that was under development by Kuju Entertainment in 2006. In order to get a publisher on board the development team prepared an impressive demo using the Unreal Engine. Unfortunately development on the game got stopped and no new publisher was interested in supporting the game. Another promising game thrown to the gutters!

The developers of the infamous flop Lair (another PlayStation 3 exclusive) had another exclusive in development. It did not had a name but we have a concept art for you from the game. Looks like it got canned well before actual development on the game started. Did Sony lost trust in Factor 5 after Lair was declared as a commercial flop? 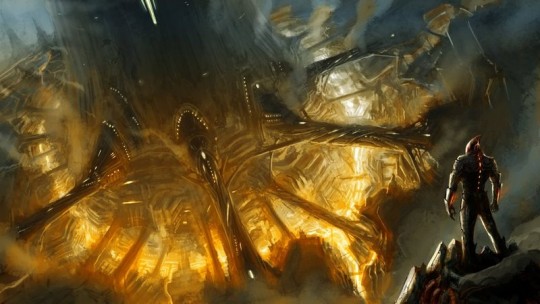