15 Cancelled PlayStation 3 games that should have never been cancelled

Deep Rift as the name sounds was a game based in an underwater world and was under development for the PlayStation 3 by Union Entertainment. It could have been an interesting concept since there are not too many games which have underwater worlds :S

Another great looking game…but sent to the death bed. How can anyone forget that infamous trailer and the tech demos at E3 2005? Featuring superior animations and seamless integration between cut scenes and gun play, Eight Days dropped jaws at the show. The reason stated for the cancellation was the game did not feature an online mode. Oh common…will you guys would have ever skipped MGS4 if there was no MGO? But again in late 2009 Sony confirmed that the game development is on “hold”.

Another damsel murdered. Though a not a lot of was shown at E3 2005, the game did featured Piccadilly Circus, a famous road junction and public space of London’s West End in the City of Westminster. Again just like Eight Days the game was assumed to be cancelled but is now considered to be on hold.

Elveon was a game based on the Elvish civilization in the world of Naon. It was under development for the Xbox 360 and the PlayStation 3 and it was about a  profound saga that tells the rise of the heroic Elvish culture from the perspective of an experienced elite warrior. Following his destiny he attempts to change his people’s fate drastically by freeing forgotten city of Nimathar. Unfortunately 10Tacle the developers of the game decided to close its Bratislava site which meant the developement went in to an TBA state. We can’t say for sure that its coming back.

10. WarDevil: Unleash The Beast Within

Wardevil was a PlayStation 3 exclusive which promised 1080P visuals at a slick 60FPS. Ooh…that was meant to be shiny. After that it went multiplatform.  We haven’t heard about the game for years now. The game was set in a post-apocalyptic world and you take the role of the mighty “War Devil” taking on legions of skeletal like robots as you fight against the Chun Federation. We are not sure whether this game has been canned or stuck in development hell, but Ignition Entertainment still has the game on it’s website as coming soon. But we have been hearing that for ages! 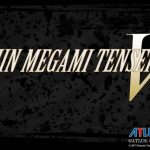 Atlus has finally lifted the lid on the upcoming RPG, detailing its combat, world, story, and much more, while...

Samus finally makes her return along with the series' 2D side-scrolling action roots. Survive against a new in...

The recently announced single player action-adventure game confirms a Switch release as well, much to the surp...

Square Enix has confirmed that both upcoming Life is Strange releases are coming to the Nintendo Switch later ...

Kazuya brings his classic fighting style to the crossover series along with his Devil form. Also watch him tos...