15 cancelled Xbox 360 games that should have never been cancelled

Did you guys ever know that a HALO inspired Massive Multiplayer Online game was in development at Ensemble Studios? Unfortunately that one got canned too in 2007! Talk about cancelling games which have tons of potential. IncGamer had interviewed and ex-staff from Ensemble Studios about the Halo MMO.

So what happened to the Halo MMO? “There was a bit of a changing of the guard at Microsoft at this time,” explains Monk. “Microsoft, from its gaming division, was really changing directions. They were looking really hard at the Nintendo Wii and they were really excited by the numbers that the Wii was turning. This was about the time that Microsoft decided that its Xbox platform and XBLA really needed to go more in the direction of appealing to a more casual, broader audience 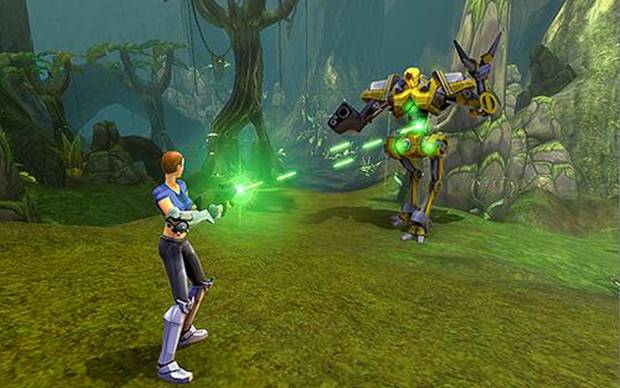 Division 9 is a first person shooter which was pretty similar to Valve’s Left 4 Dead franchise. Division 9 was under development by Irrational Games and it featured survival horror game play elements and a city which is infested with zombies. The game was canned since it was thought that the zombie horror genre wouldn’t be as popular. The game was due on the Xbox 360 and PC.

I was really looking forward to this game as the developers had promised a mix of Splinter Cell and Metal Gear Solid for the game play mechanics. The game was being developed by Edge of Reality Games and was due on the PlayStation 3 and Xbox 360. I am not sure whether this game is cancelled or not but it’s been ages since we have heard or seen anything about the game. The game play shown in the video below, sure does look very promising.

Cops was a game under development at Pyro Studios. Well as the name suggests you will take the role of a cop and fight against the bad guys.  A video footage of the game was released which showed some cop chasing thieves. In winter 2008, the studio laid off 30 employees and the project was closed.

Sometime in 2006 news broke that EA is going to resurrect the series. The rumors turned out to be true and Road Rash was indeed under development by EA Warrington in 2006. The game was cancelled and the studio got closed due to reasons unknown to us. If there is one franchise that needs to be resurrected that it is Road Rash. Anyways, check out some early footage from the game below.