Stealth games were perhaps at their greatest height ever in the mid-to-late 2000s era of games. Games like Metal Gear Solid 3 and of course the Splinter Cell franchise were pushing the stealth genre to new levels to greater heights that, to be frank, still haven’t quite been eclipsed in any fundamental way. Nowadays the stealth genre is a lot less populated with games that absolutely insist upon stealth and give you a deep system with which to pull it off. but rather, stealth games today are wrapped up inside of regular action games in the form of an option.

Games like Assassin’s Creed, Wolfenstein, and lots of things in between, all have nice stealth mechanics within them, but they’re not actually stealth games that require the use of it outside of perhaps a handful of predetermined stealth-based sections. There’s absolutely nothing wrong with choice, as it can garner a much larger audience and make the game far more money by not alienating those who don’t really care for stealth. But on the flip side of that, we often see games that have stealth all borrow heavily from each other and you end up with relatively similar shallow-to-moderately deep stealth mechanics in all of these action adventure games. as a result of that fans of the stealth genre often have to go back to games that are over a decade old to really get that satisfying rush that only comes after a carefully orchestrated series of events all play out the way you want them to by not being discovered for long stretches of time.

Patience, extensive planning, and executing backup plans when things go awry to maintain the mission objective are all things that only a truly deep stealth game can deliver with that special sort of delayed gratification. One of, if not the best example of a true, unrelenting stealth game with the depth that stealth fans deserve is of course Splinter Cell Chaos Theory. It was a game that to this day remains largely unmatched in terms of how deep stealth can go and how many different ways it can be approached within its systems. Slithering in and out of darkness, learning complicated enemy patrol patterns, finding new ways to evade the eyes and ears of those enemies are approached with such dedication and variety that the game really makes you feel like a spy.

One of the main ways that a good stealth game can be achieved and have that tension maintained is to see to it that the player has alternate ways to interact with the world. Namely, by having different ways to view the world that illuminate certain things that might not have been apparent before. Chaos Theory takes this element quite literally with several different gadgets that change Sam’s perception of the various situations he finds himself in. Firstly, the game has a more typical night vision mode that you would expect to see in just about any serious spy game, and it does roughly everything you would expect it to do by Illuminating the world in a general blanketed way that gives you an edge over those who are limited by their simple, normal eyeballs.

This is a tool that Splinter Cell Chaos Theory expects you to use often and you would be crazy not to as it gives you a nice view of your surroundings so you can better calculate your next move. That is where a lot of stealth games today stop, but not Chaos Theory. you also have a rather effective thermal vision mode, that lets you seek out different heat signatures Predator style through various obstructions. This not only gives you the obvious edge of being able to differentiate between living people and inanimate objects, but also lets you see them when they can’t necessarily see you. Also, any object of interest that generates heat will be just as obvious helping you push towards your objectives that much easier. 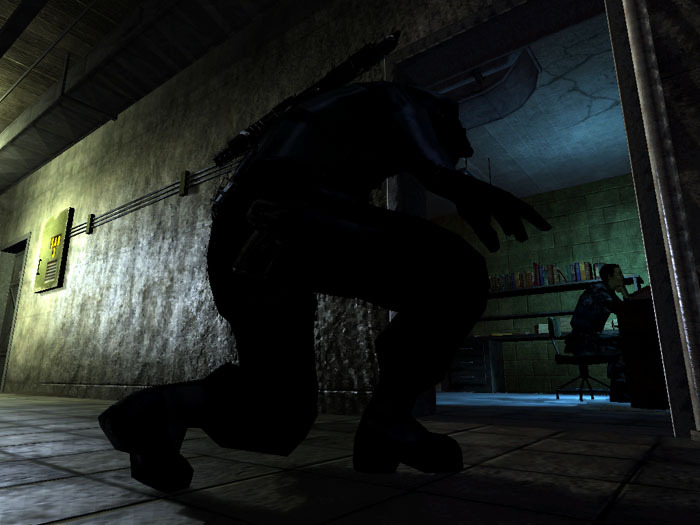 On top of those two you also have the EMF vision, which gives Sam access to electronic interference signals that are generated by anything that operates on electricity like various surveillance systems, power boxes, and even sensors and lasers that might not be visible to the naked eye. Unlike night vision and thermal goggles though the strong advantages of EMF vision are thoroughly balanced out by the fact that everything else in the world is fairly hard to discern, so you’ll generally be using this while standing still then getting a lay of the land then turning it off in pursuing whatever objective it is you’re on. When this is used in tandem with the optically channeled potentiator or OCP, taking out various electrically powered devices becomes a snap, but still requires you to use your head at the same time. Between those three visual modes, the game comes up with a lot of interesting situations to throw at you. Chaos Theory has many ways to implement them all, especially later in the game where you’ll be cycling between them fairly regularly while figuring out the best course of action.

Not to be outdone by the visual department, Chaos Theory’s general level design is absolutely fantastic and serves as a nice filling to the main content of the game. Levels are large, sprawling, and harbor many paths to take that all present their own advantages and drawbacks to completing objectives and getting to certain points. While most seasoned Splinter Cell fans agree that not every level in the game is created equal, and most of the better ones are front-loaded to the first half of the game, none of them would fall below what any reasonable person would call a good level especially for their time. There are vents, ceilings, basements, and all sorts of other unconventional paths to take in each stage, and they all add up to a wildly varied experience that warrants multiple playthroughs of each one.

Another thing that Splinter Cell gets right that a lot of other stealth games don’t quite excel in is the general writing and characterization of everybody in the game. Sam Fisher often has interesting dialogue with his cohorts on the other side of his communication system that really gives you a nice inside look at who she is as a person a lot better than previous Splinter Cell games did. By the end of Splinter Cell Chaos Theory, because of the writing, you will feel like you know him a lot better than you did at the beginning and thus are far more invested in what happens to him and how the story unfolds. Even the people that Sam interrogates throughout most of the levels have lots of things to say that make those experiences feel much more realistic than similar ones do in most modern stealth games. It’s a real treat to just hang out and listen to the full extent of many of those conversations, and really demonstrates the extra mile to which Ubisoft went to make this one of if not the best Splinter Cell game to date. 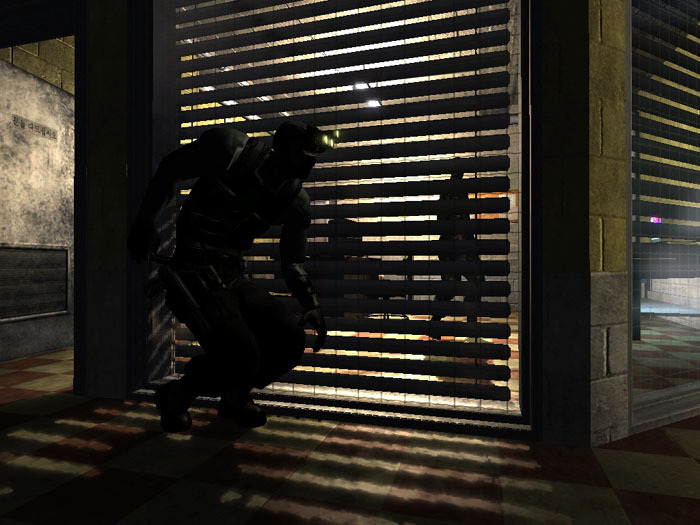 While Splinter Cell Chaos Theory was never meant for everyone, and probably has even less mass appeal today than it did when it launched, it’s an absolute masterclass example of stealth done right in video games. If you are a fan of modern stealth games like Metal Gear Solid 5 or Hitman 2 then you owe it to yourself to take it up a notch and play Splinter Cell Chaos Theory.