Dynasty Warriors may be the oldest and most famous of the Warriors franchises, but Samurai Warriors is no slouch, either. The series has been around since it made its 2004 debut on the PS2 and Xbox. The newest game in the series, Samurai Warriors 5, releases on July 27th. We recently got to spend a couple hours with a preview build of the game, and got a good idea of how it works. Here’s what you need to know about Samurai Warriors 5: 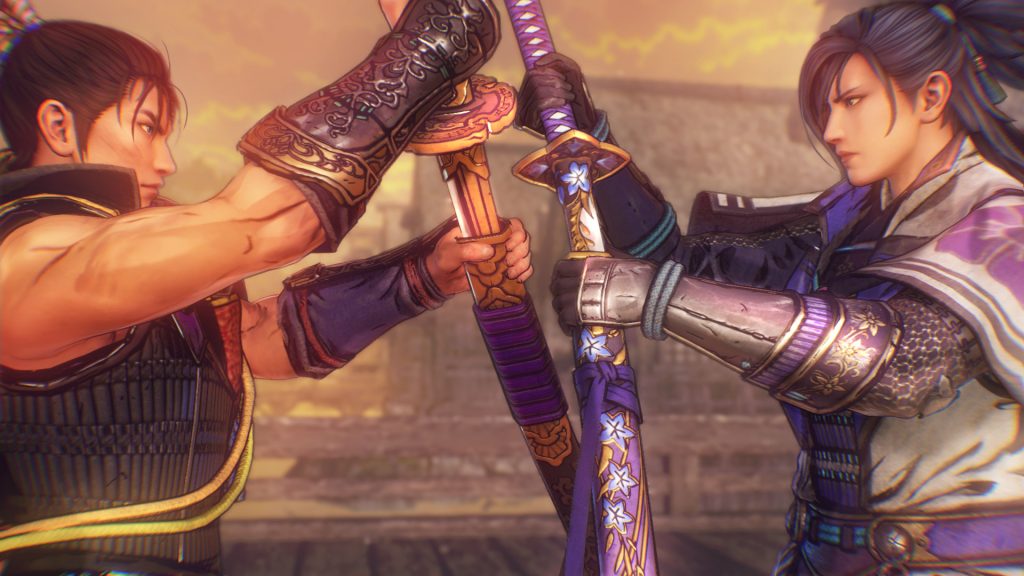 The Story of the First Game, Reimagined

Samurai Warriors 5 is a sequel, but it’s also a partial retelling of the original game. It will cover stories that haven’t yet been told in the series, including Nobunaga Oda’s younger years and his first meeting with Mitsuhide Akechi, as well as famous incidents from the era, including the battle-to-the-death involving the Oda family and the Incident at Honnōji. 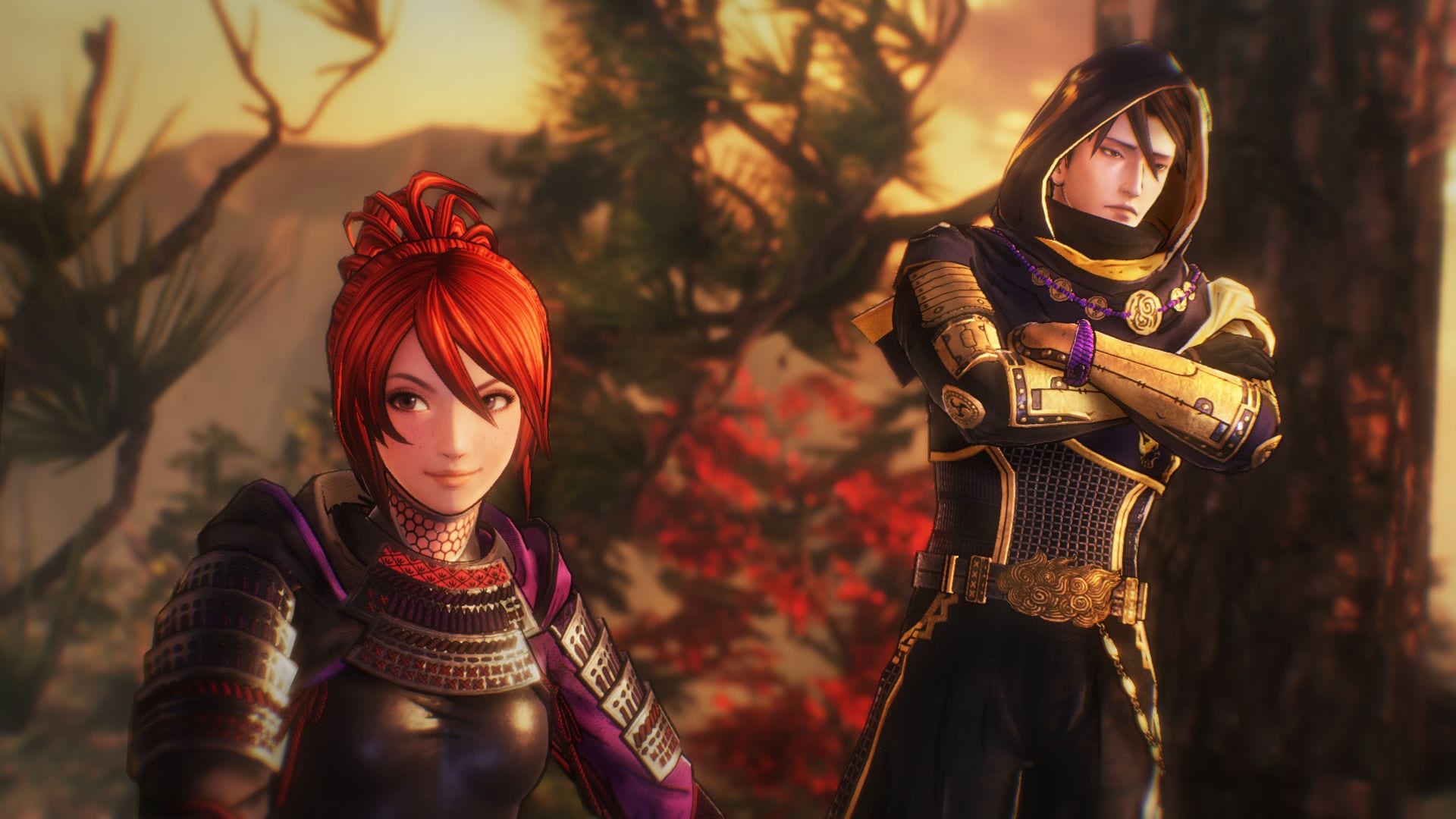 While Samurai Warriors 5 is a retelling, it’s more limited in focus compared to previous games. It will focus on the events leading up to and including the Honnō-ji Incident. Nobunaga Oda and Mitsuhide Akechi will be the main characters, and their relationship will be a core part of the game. Players will experience the story from both sides as they battle across Sengoku Era Japan. 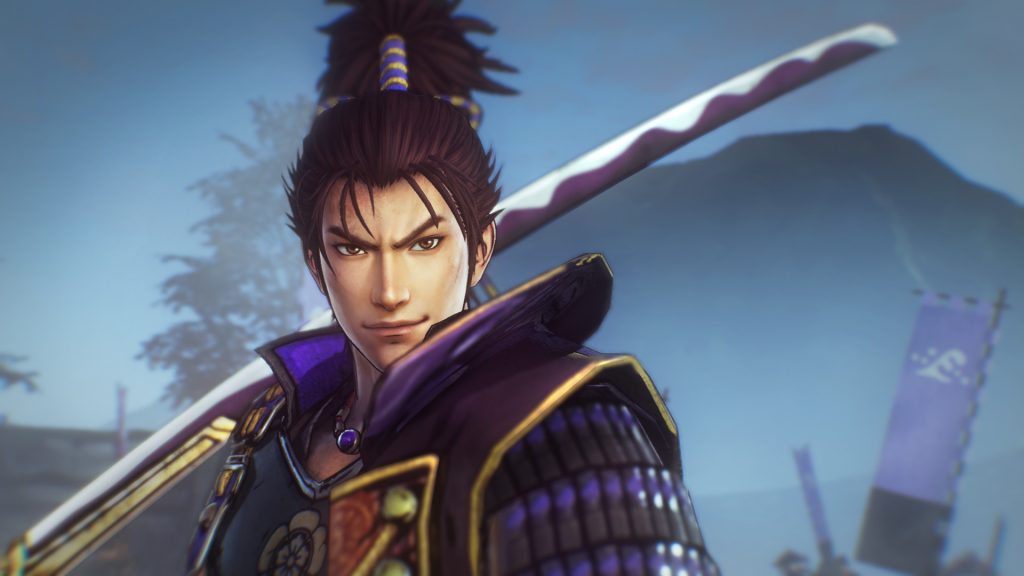 Samurai Warriors 5 features an absolutely gorgeous and heavily stylized visual style based on traditional Japanese art. The style looks somewhat like cell-shading, and it’s incredibly visually appealing, so it’s a nice addition that really makes the game pop. You might not expect Samurai Warriors 5 to be a looker, but the characters, environments, and effects are gorgeous. 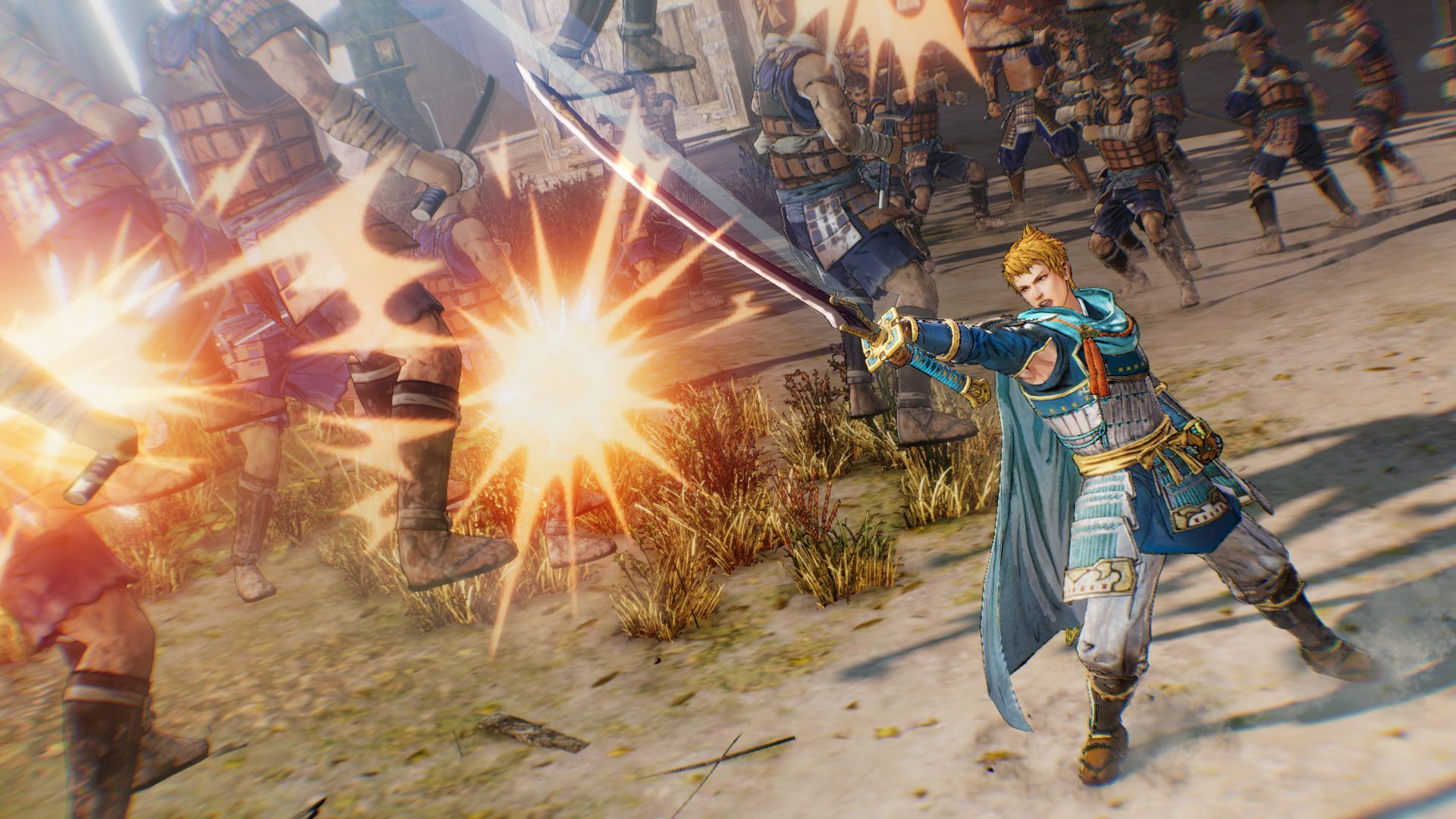 There are a Ton of Characters 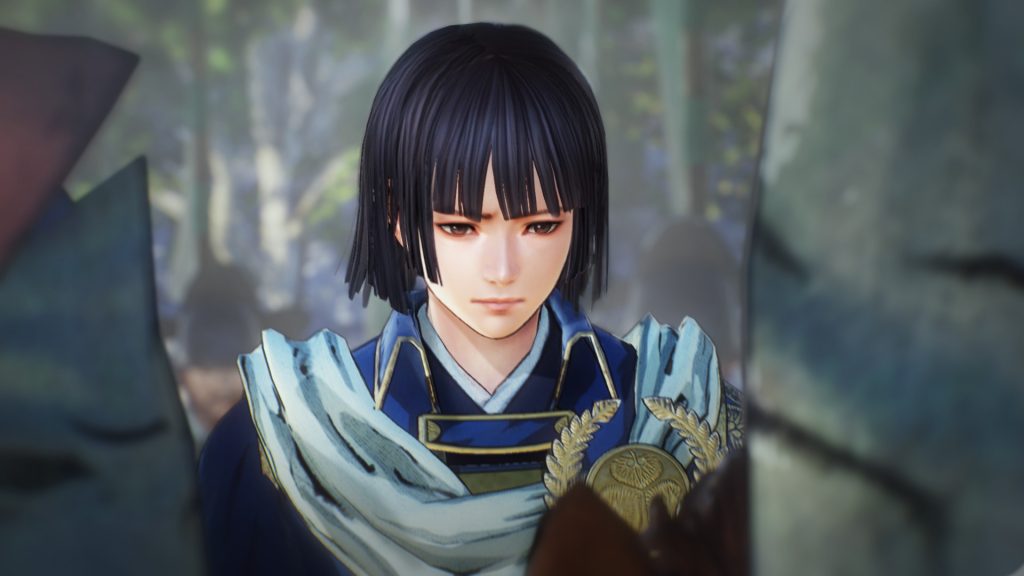 A Really Good Tutorial Will Teach You Everything

Samurai Warriors 5 starts slow; you only have access to Nobunaga for the first few levels, but the game does a nice job of teaching you everything you can do before giving you new options and characters to play with. Whether you’re a series veteran looking to master Samurai Warriors 5‘s new additions or a newbie trying to learn how musuo games work, you’ll be up to speed in no time. 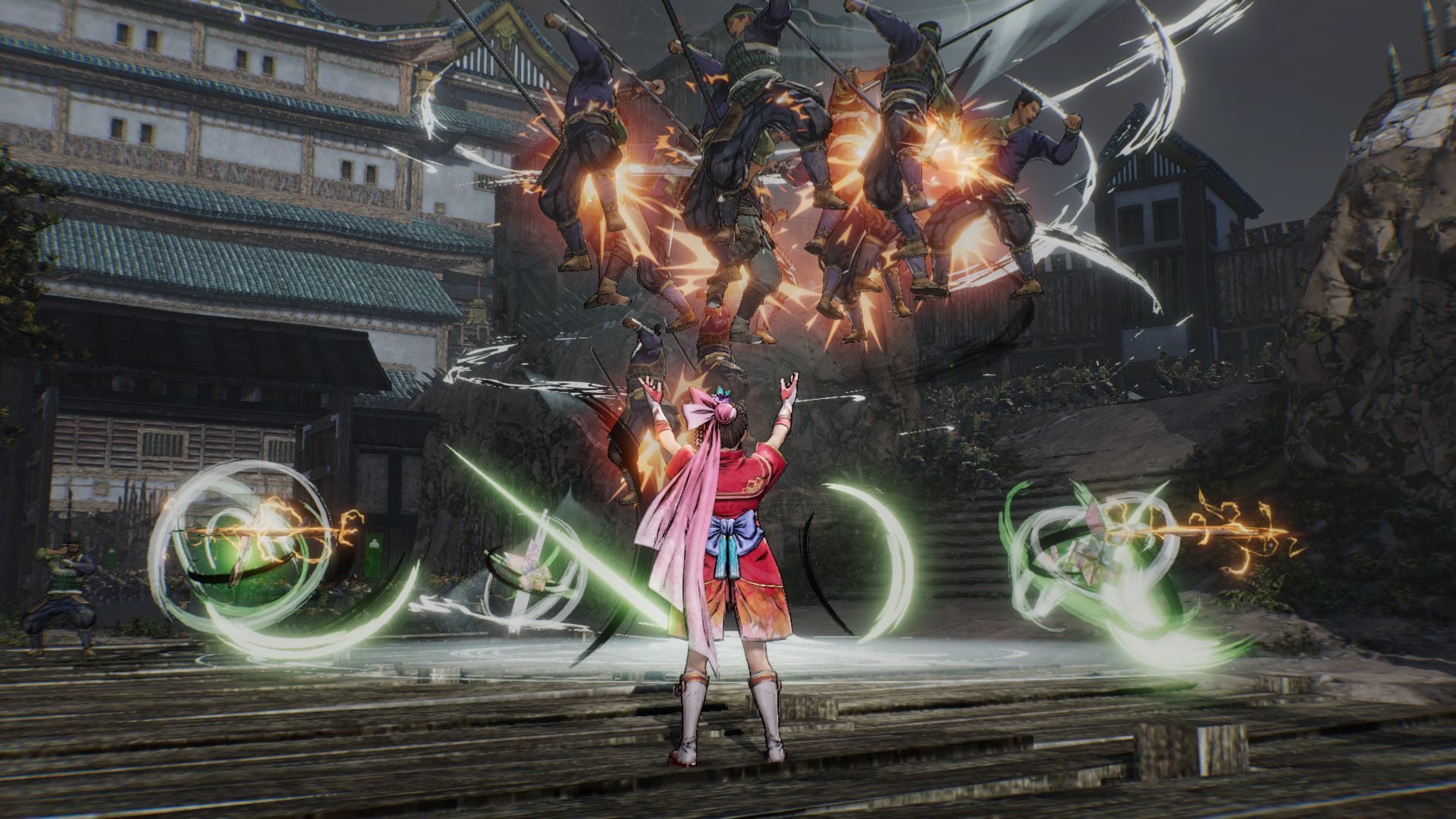 Every Character Can Use Every Weapon

While each character comes equipped with a preferred weapon, they can learn to use any of the ones in the game. That means you can carry over your favorite weapons to whoever you like. There are benefits to using a character’s preferred weapon, however, as it unlocks additional moves that are otherwise unavailable. 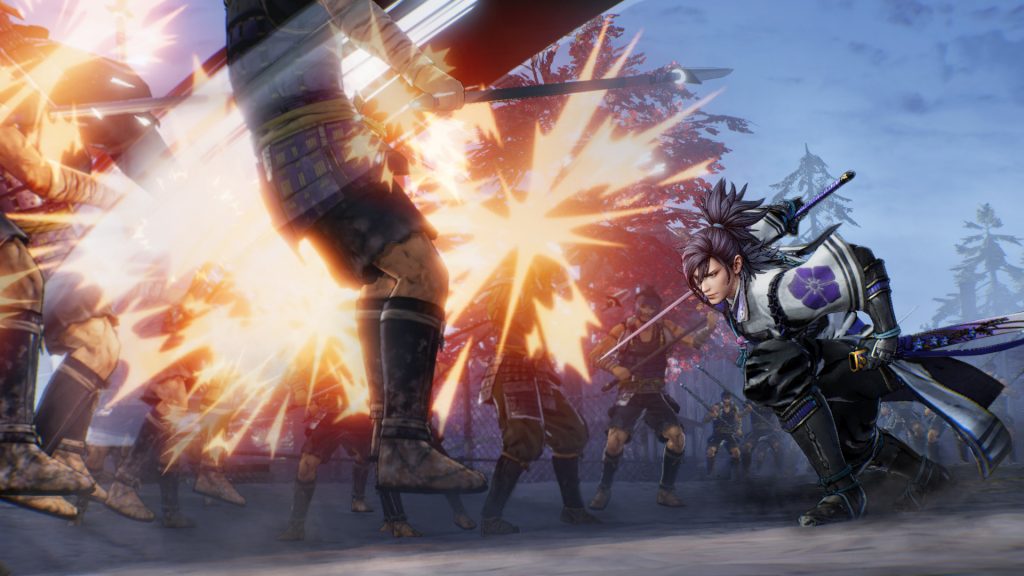 Stock Experience Is a Godsend

You’re naturally going to have your favorite characters, but that doesn’t mean that the characters you don’t use will be left behind. In addition to the experience that characters get in levels, you also gain stock experience that can be allocated among characters as you see fit. How much experience you get is based on your level score – S, A, B, C, and so on – so there’s benefits in getting a high score, because you can upgrade characters faster – even the ones you’re not using. 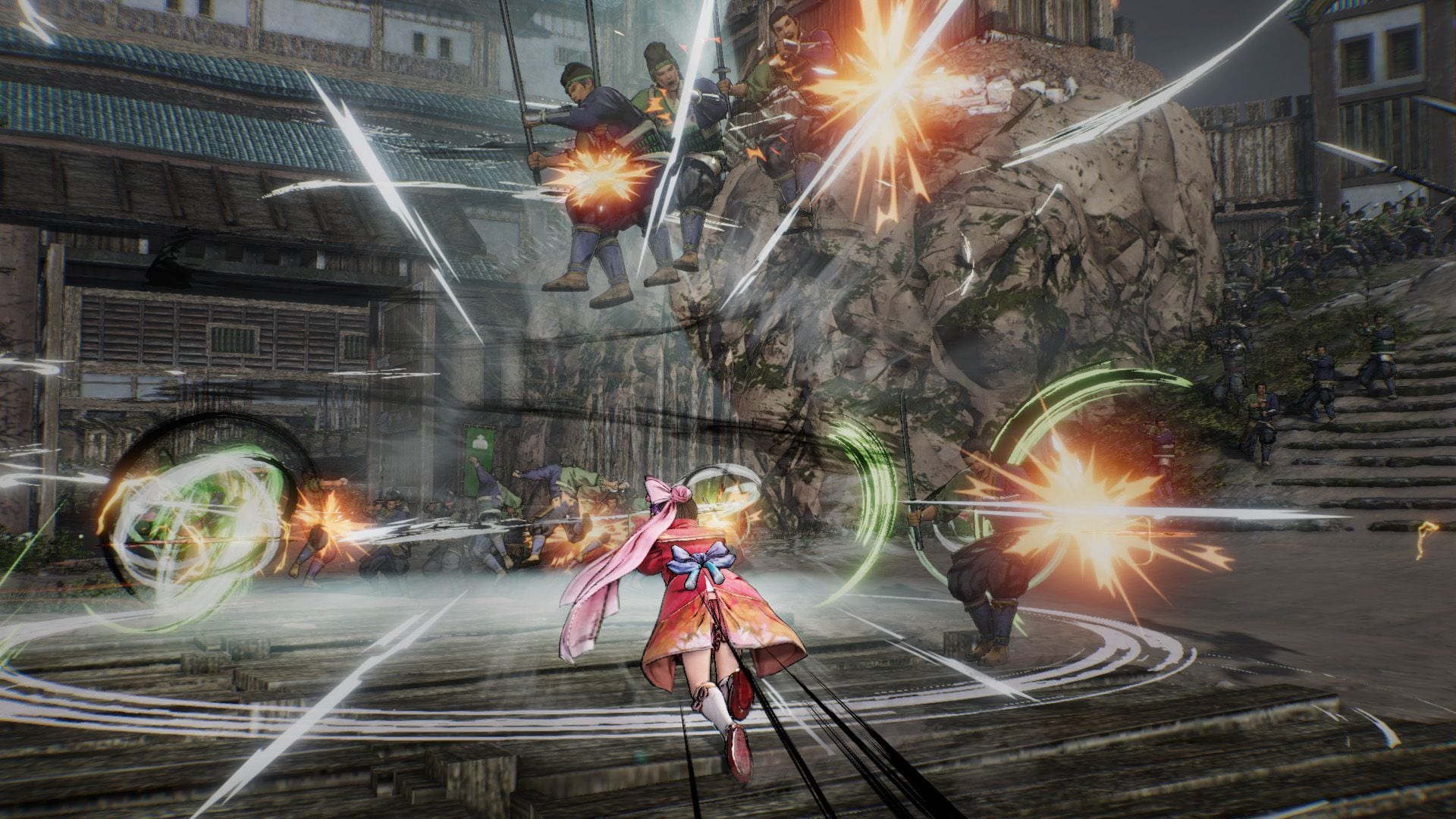 Hyper Attacks are a new addition to Samurai Warriors 5 that allows you to cover ground quickly, keeping a combo alive while rounding up lots of nearby enemies and chaining it into regular attacks to keep the hits coming. Hyper Attacks allow you to chain together combos that wouldn’t otherwise be possible, so using them is a necessity if you want to get a high score. 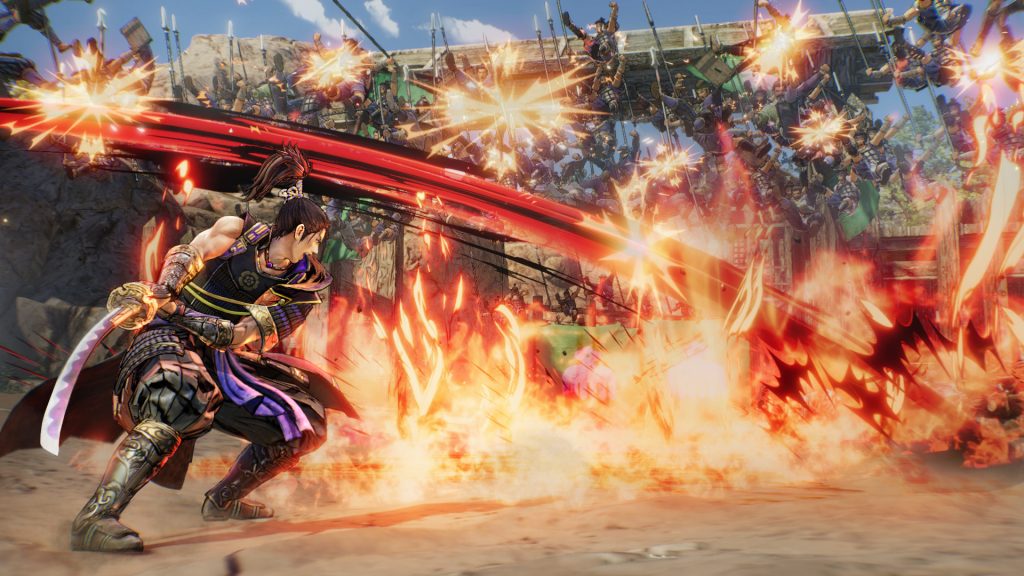 Samurai Warriors 5 isn’t a complicated game, but it does have a combo system that offers the player some freedom. Light attacks can be chained into heavy attacks, with the combo performed changing depending on how many hits it is before you finish it off with a heavy attack. Some launch enemies into the air, clear out large groups, act as projectiles, or stun and deliver large amounts of damage. Learning the right combo for each situation is crucial. 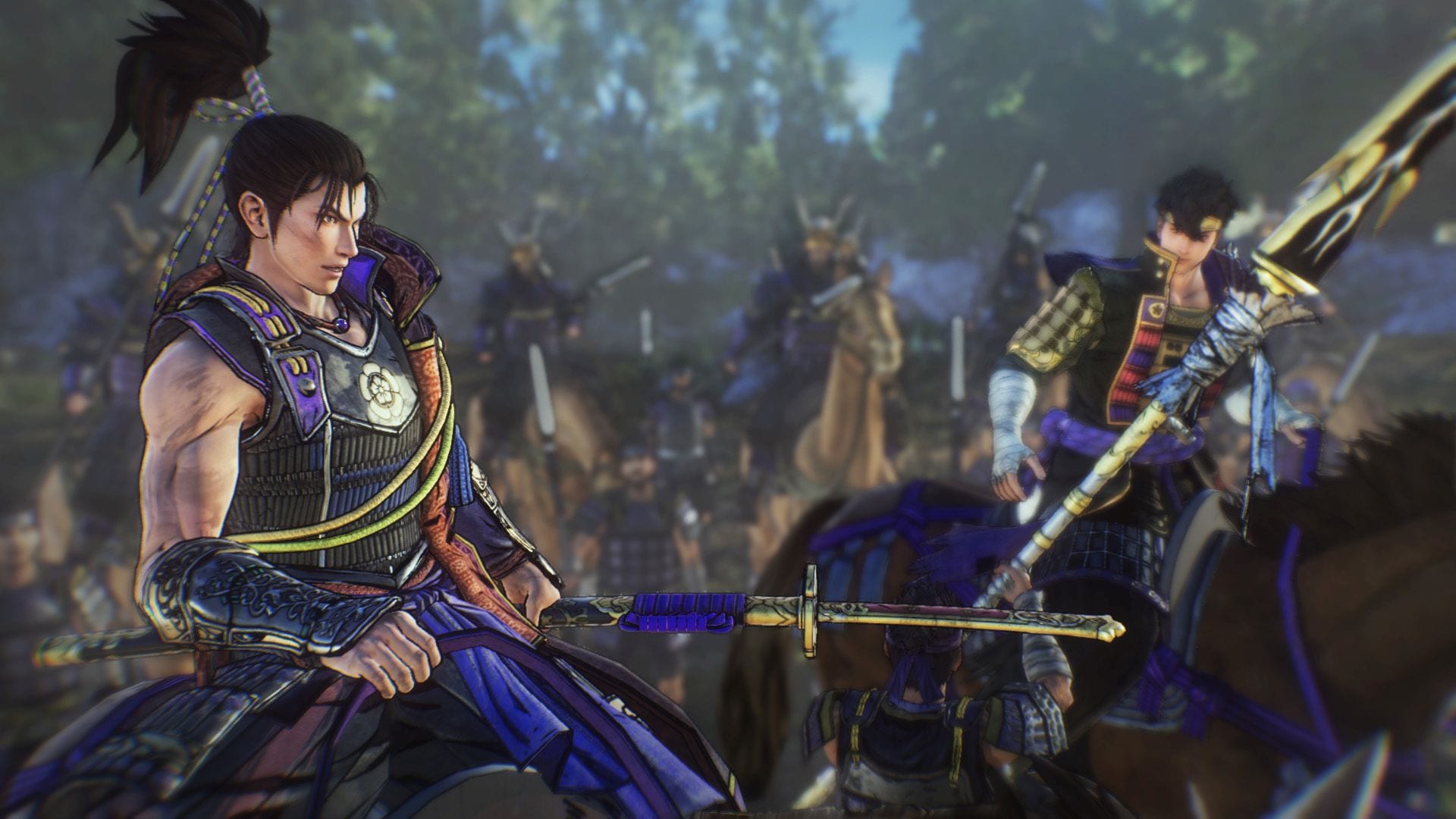 Pick Up Some Ultimate Skills

Ultimate Skills are equippable abilities that deplete your gauge but can be used to cancel animations and string together combos that wouldn’t otherwise be possible. You can equip four ultimate skills at a time. Ultimate Skills might offer buffs, character specific attacks, combo opportunities, or can even refill your Musuo gauge. 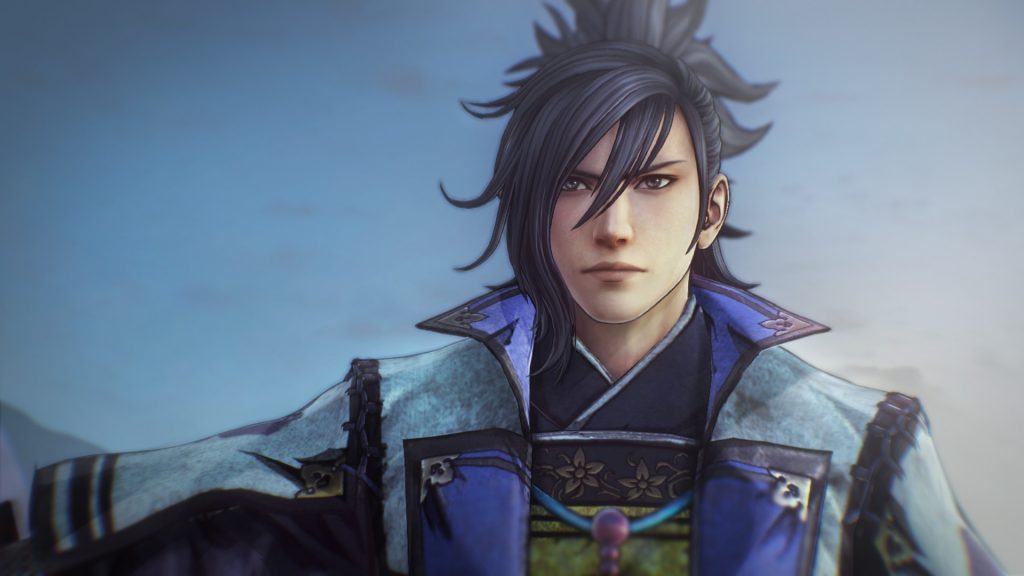 The Musou Gauge Gives You Supers

Filling the Musuo gauge allows you to use a character’s Musou attack, which is capable of clearing out huge groups and even boss enemies. While it’s tempting to save these, you should spend the meter pretty judiciously. You get it back pretty fast. 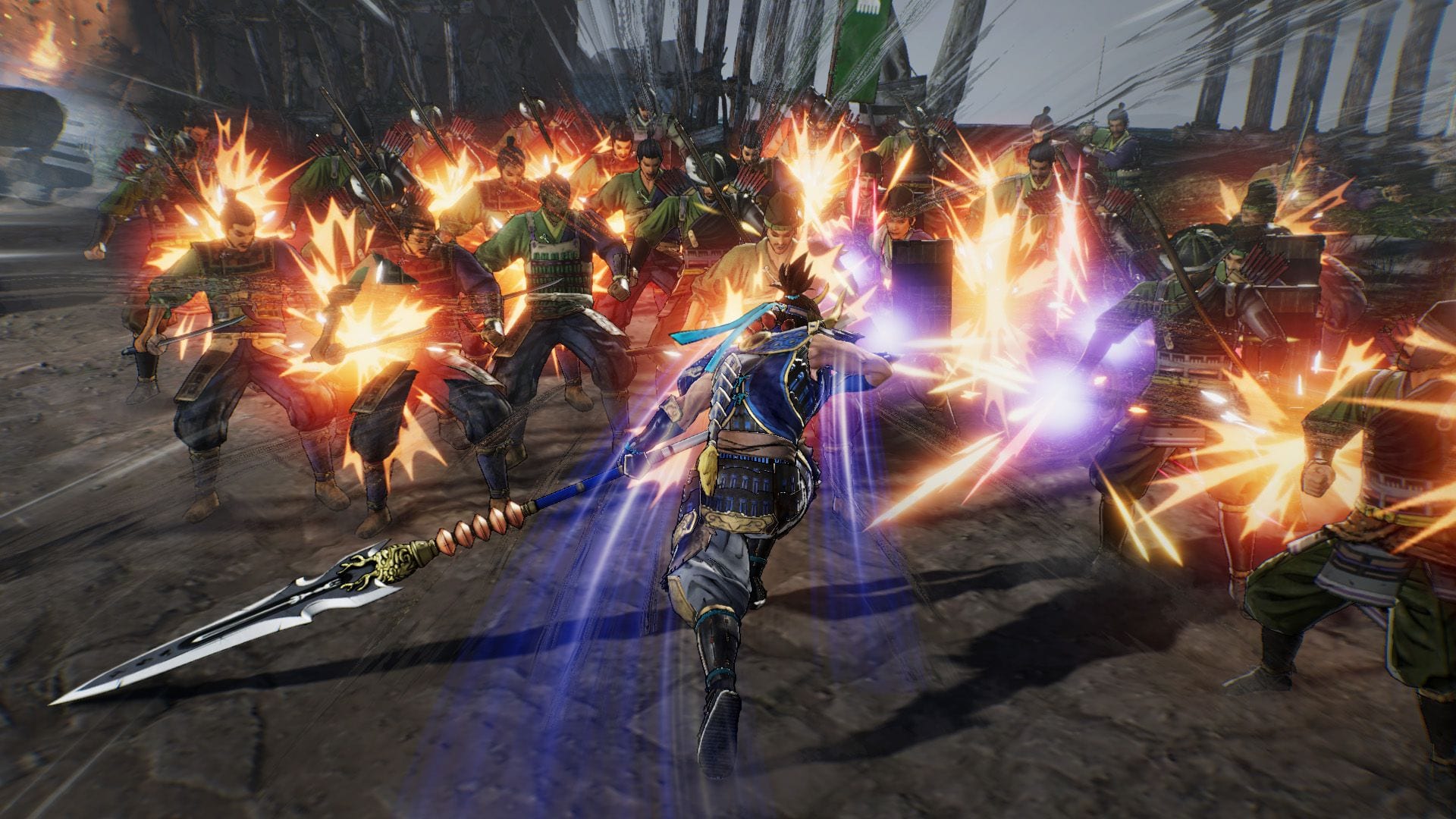 In addition to the Musou Gauge, there’s also a Rage Gauge. When full, it enhances your speed, power, and other attributes, and gives you access to an incredibly powerful Frenzy Attack if you have the Musou Gauge to spend. It’s the single most powerful attack in your arsenal, so use it wisely. 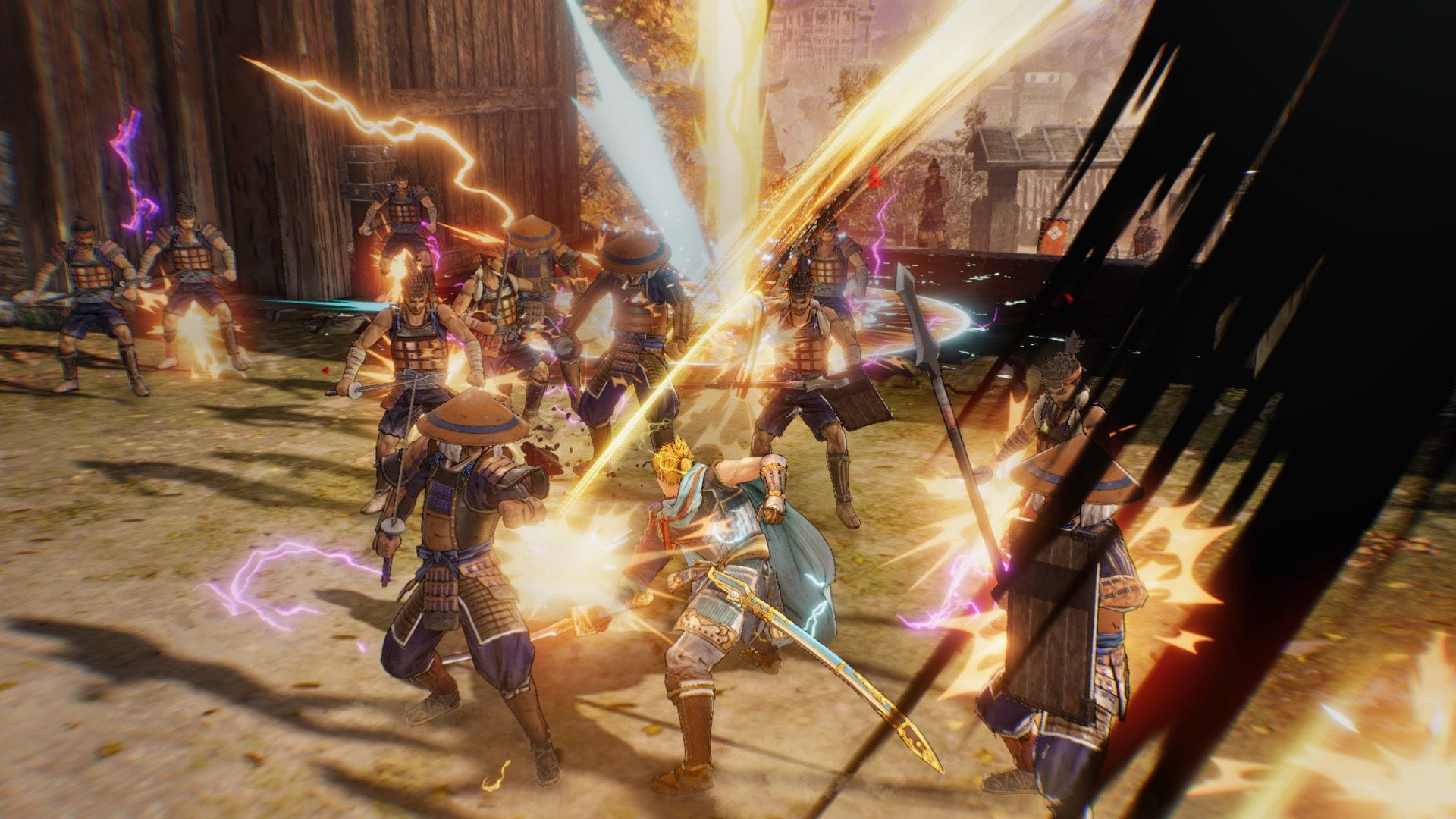 Almost everything in Samurai Warriors 5 can be upgraded: character skills, weapon levels, Castle buildings, weapon abilities, you name it. It’s easy to just go from battle to battle, but make sure you spend some time in My Castle to get the most out of your upgrade options. 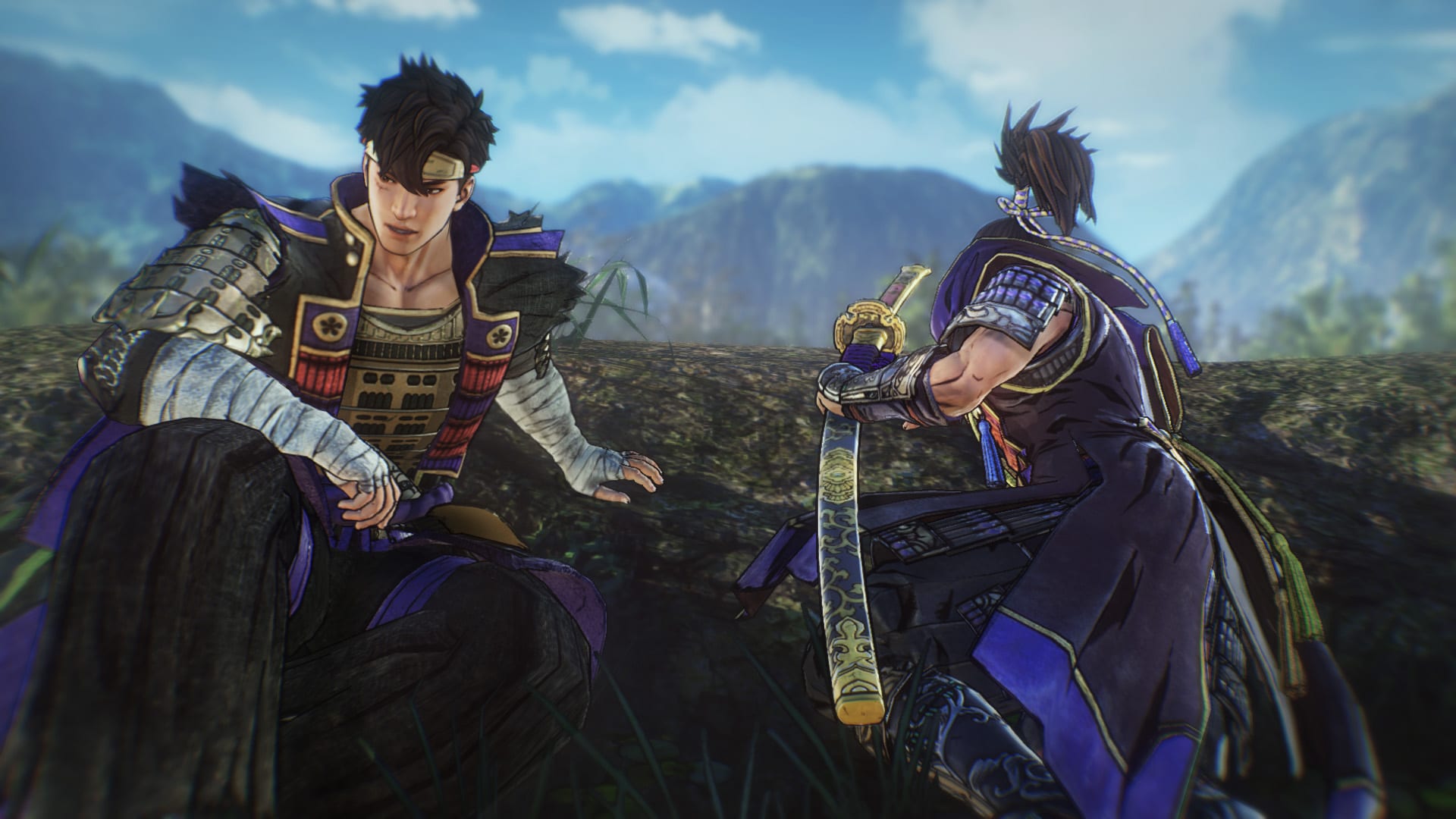 Team Up With a Partner

Samurai Warriors 5 is co-op, but you can play with another character even if you’re playing alone. The game allows you to switch characters on the fly in addition to giving your partner orders, allowing you to continue combos and coordinate attacks. It’s a seamless and easy to use system, and offers tactical possibilities you wouldn’t have with a single character. 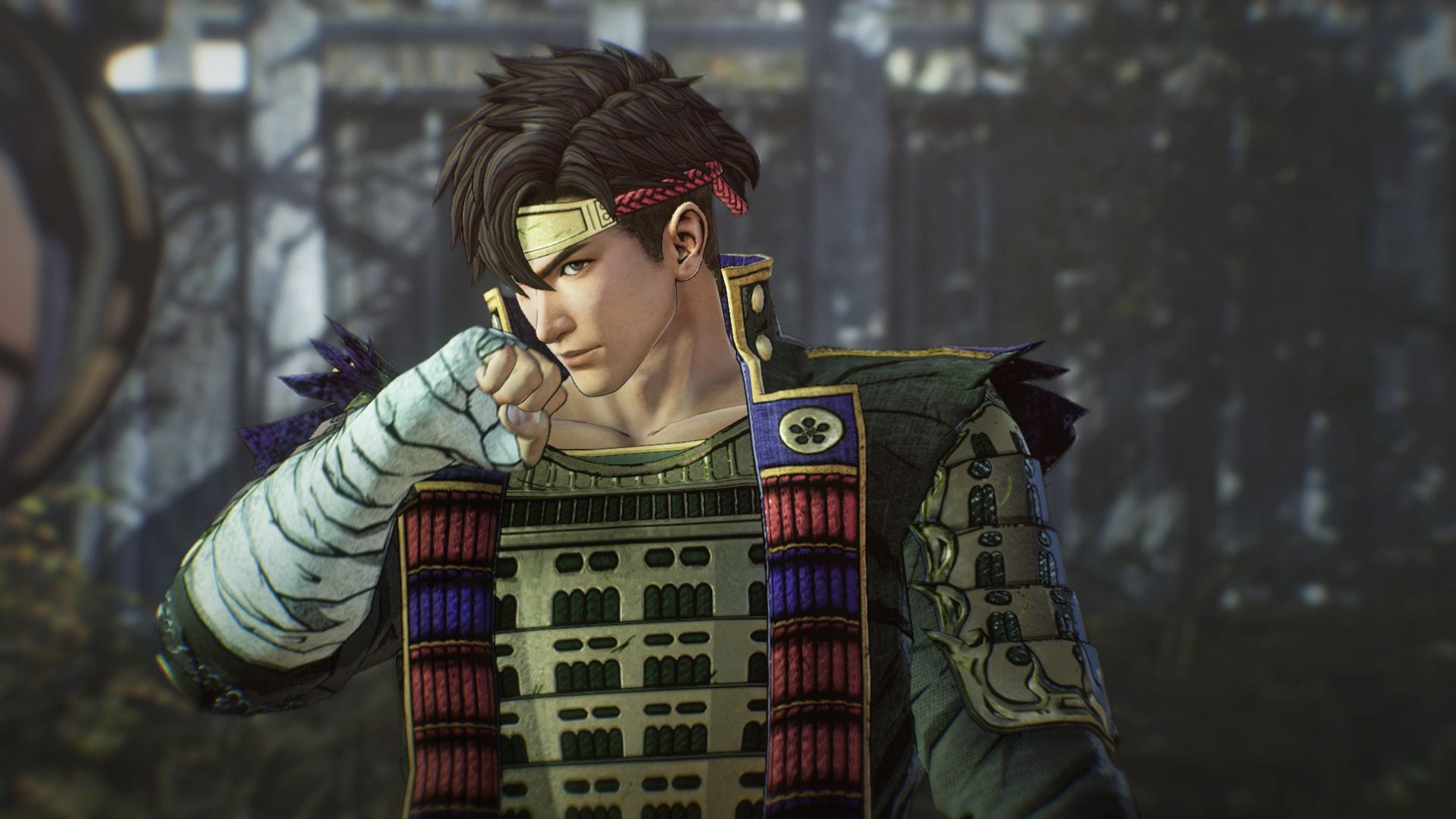 In addition to the standard edition, Samurai Warriors 5 will also come in a Digital Deluxe Edition. The Digital Deluxe Edition will include the base game, the Season Pass (which includes Additional Scenario (6 sets) & BGM (6 sets), additional Weapons (5 sets w/ 3 weapons in each set), and 6 additional Horses), several special weapons, a horse, a gem set. and a compact tool.