Developer to customer direct interaction will be interesting to see. 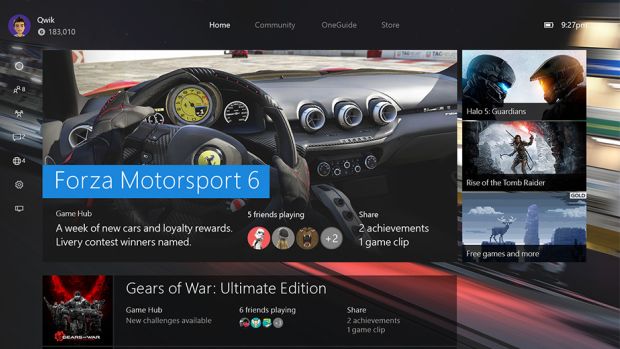 We recently found out that the Xbox One is going to be getting a bit of an upgrade later this fall in order to better take advantage of Windows 10 and the kind of cross-platform performance Microsoft can wring out of its PCs and console. The Xbox One is getting a new interface which will apparently make performance as much as 50 percent better.

Major Nelson’s Podcast in which the new interface was officially unveiled has a bit more information, including the fact that Windows 1o on Xbox One will be called One Core and will change the experience in using the Xbox One not only for consumers but also for PC users. Among the biggest new features will be the ability for developers to interact directly with users in  ways that have never before been made possible. Among the things the developers can talk to about users directly will be when a patch is coming out, as well as calling votes and talking about features.

Director of Program Management, Xbox and Windows Platform Mike Ybarra said that one of the reasons why they are not going to be offering this program to all Xbox One users right away is because there are some things that need to be tested and some things that just don’t work. He added that the Xbox One app on Windows 10 is so high that the company is thinking about rolling out a kind of test program for that as well. The new interface for the Xbox One will be rolled out to the masses in November.