25 Video Games That Are Terrible, Offensive, Controversial And Shouldn’t Exist

Sometimes people make really bad games and sometimes one that simple shouldn’t have been made. These range from taboo ones, to ones with horrible game design and with absolutely no thought put into it. The bad games are fine to an extent because there are a lot of factors for that ranging from, budget to developer skill.

We have a list of 25 games that simply shouldn’t have been made and you will be bewildered to know that they exist. Thankfully, all these games have been panned by the critics and the word-of-mouth is pretty poor as well.

In this list, you will find games with racist titles, to names that can only be devised by a 10 year old. Then there are games that borrow the movie name that they were based on but contain absolutely nothing from the movie and can be described as completely different.

Check it out and let us know your thoughts in the comments section below. 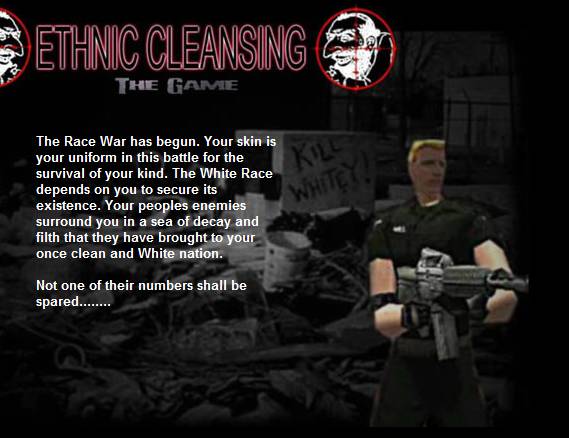 Ethnic Cleansing (video game) had the honor of being ranked as the number racist game of all time by UGO. The game was developed by Resistance Records. The game features the player killing black people and latinos. A sequel White Law was later released which had a similar background.