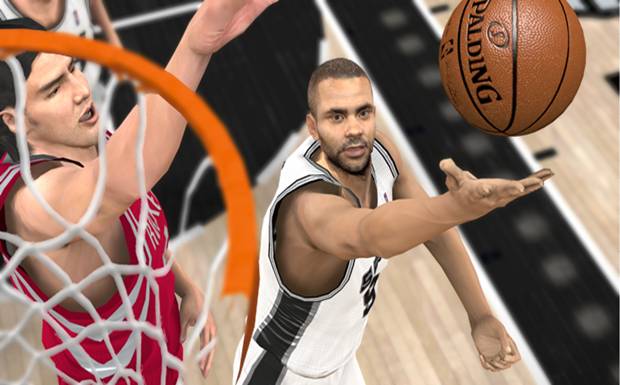 2K Sports today announced that a free demo of NBA 2K11 is now available on Xbox LIVE and PlayStation Network. The demo will allow players to relive this past season’s exciting NBA Finals and play one quarter as the Los Angeles Lakers or Boston Celtics. The demo will give fans will a glimpse of this year’s improvements, including revamped IsoMotion dribbling controls, dynamic shot control and all-new visuals in the NBA 2K11 demo.

2K Sports is going big for the next iteration of NBA 2K, the top-selling and top-rated NBA videogame simulation franchise*. In this year’s edition of NBA 2K, NBA 2K11 will bring recent Hall of Fame inductee, Michael Jordan back to the game. For the first time, fans will be able to play as His Airness and recreate ten of Jordan’s best career games in NBA 2K11, including “The Shrug” game during the 1992 playoffs where Jordan scored six three-point shots in a scorching 35-point first-half performance.