343 Industries: “We leveraged the alien fiction in Halo and pushed it in the multiplayer” 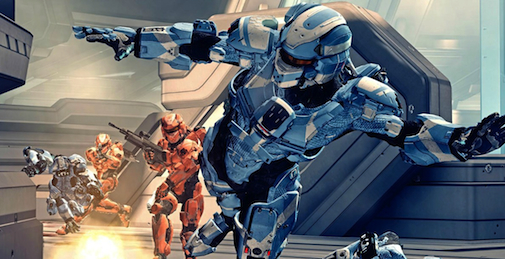 343 Industries, the studio that is developing Halo 4, is pretty confident about the game. They have found a way to use the newly revealed enemies and weapons in the game into the multiplayer to enhance it even more. One way of doing that is by using the Forerunner weapons in multiplayer.

“Absolutely. What we’re showing today has a Forerunner map which is directly inspired by architecture from the campaign but we didn’t really stop there – we’ve got Forerunner weapons in multiplayer as well,” lead designer Kevin Franklin told OXM.

“So you can take the Spread gun, which disintegrates enemies, and use that – if you get close enough to a guy, it’ll disintegrate him.

“It’s an all-new weapon, it’s got all sorts of multiplayer implications, you can bang shots off of corners. This is a way we leveraged the alien fiction in Halo and pushed it in the multiplayer. It’s been great.”

The game will come out on November exclusively for the Xbox 360.