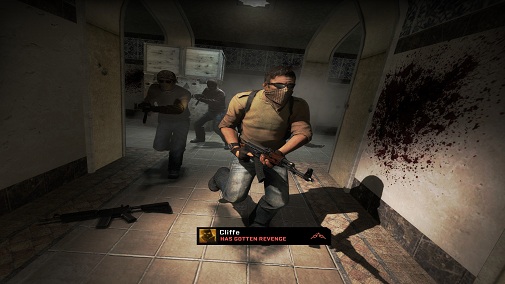 What you see below is a heat map. So what is it exactly? In this case, Valve has created this to study the data obtained from Counter Strike: Global Offensive beta.

There have been 6.5 million bullets fired so far and here are the locations where players fired the most bullets from. Not a single inch of the map was bullet free which shows how awesome these maps are.

“A straightforward way to visualize the data we collect is through heat maps. Heat maps can reveal player preferences, choke-points in maps, sight-lines for snipers, and much more,” read the post on CS.net.

“Below are a set of heat maps showing the firing locations for 6.5 million bullets while beta testers played de_train. Players have fired a weapon in nearly every inch of this map, though of course some locations are more popular than others.”