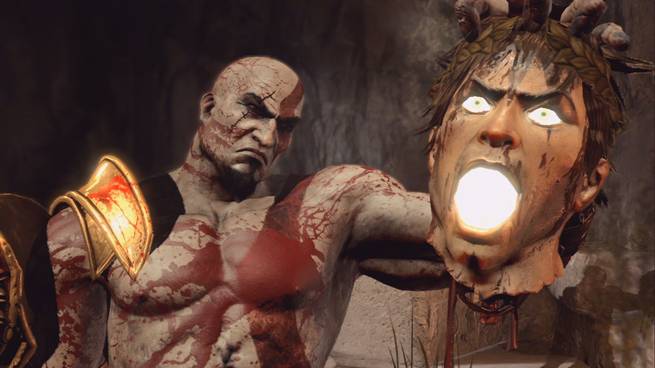 Shooting somebody in the gut or in the chest can be fun (I mean in video games), but nothing equals the fun in blowing somebody’s head off. Through this article we take a look at some of the best decapitation scenes in video games. Beware; some scenes may be extremely graphic, so proceed with caution.

You’re walking forward, with nothing but the black-and-white visual pallet to accompany you. You jump over a bear trap which can tear you limb from limb in the most gruesome manner, with blood, the only colour you’ll ever see in the game, spilling all over the black ground. You walk forward towards a tree, and suddenly, a dead boy’s body, tied limply to a rope that is tied to the tree’s branch, falls down, but doesn’t hit the ground. A spider follows you and sticks its leg right through you, like a knife cutting through bread, and again, you see the same blood. Trust me, you’ll see quite a lot of red in Limbo, and yes, it’ll be awesome.

Poor Leon Kennedy, he’s been a given a job to save the President’s daughter against a species who are much more dangerous than the zombies. Yes, I am talking about the Las Plagas, and these guys were technologically advanced with all the laser traps and all (if you have played the game, you will know what I am talking about). One of the most irritating foes you will face was the guy who had his face covered with some sort of a mask, and running after you to slice your neck with his chain saw. Check the video below.

Much like Fallout 3, Dead Space had some amazing decapitation moments. But this one is pretty unique. The necromorph will first attack your neck and head area continuously until it splices and dices your tissues. Now when the head comes off, the necromorph will inject its legs in to the body and become the head itself. The scene ends with Issac’s body becoming a part of Necromorph, geez!

Fallout 3 should be named “Head Out” since it had so many head bursting scenes. Trust me it was very difficult to select which one was the best and the gruesome decapitation. But fortunately we did and the video below shows the brutal decapitation of the Fallout 3 Replublic.

We all know Kratos is one badass anti hero ever to grace a gaming console. But in the third chapter of the renowned series, developers made him a complete maniac. He crushed helpless women, chopped off limbs, smashed heads and set people on fire. But the most heart gripping scene was the decapitation of Helios by his own bare hands.

One of the best first person horror games was no doubt full of brutality and blood. Of course you can blow off heads of your enemies using your primary weapon or reduce them to ashes using the amazing Type 7 Particle weapon. But this decapitation scene is truly graphic, that dude attacks from behind and just cuts off snake fist’s neck.