8 Things We Want To See In God of War: Ragnarok

Here’s how the sequel can outdo even its excellent predecessor.

Posted By Shubhankar Parijat | On 04th, Nov. 2020 Under Article, Feature

2018’s God of War is not only one of the best games we’ve played this generation, it’s also one of the best games Sony has ever produced, and the future that it has set up for an already excellent series is an exciting one. Sony have now officially announced its sequel, with God of War: Ragnarok (or whatever they end up calling it) due out in 2021, and millions are understandably incredibly pumped about it.

Of course, that includes us as well, and like so many others, there’s a few things we’re hoping the sequel will do that will elevate it to even greater heights than the ones its predecessor touched. In this feature, we’ll be talking about a few such things.

God of War has always had a history of excellent boss fights, from the Minotaur in the first game to the Colossus of Rhodes in God of War 2 to Cronos in God of War 3. God of War (2018) had some memorable set piece encounters as well, especially the boss fights against Baldur that bookended the game- but though the game wasn’t lacking in quality, it was lacking in quality. Other than maybe three or four actual set piece boss encounters, there wasn’t really much to speak of in the game as far as bosses were concerned, with many encounters being copy-paste jobs of older fights.

God of War director Cory Barlog has openly talked about the issue, admitting that several bosses had to be cut out of the game in order to shorten its development time (which, at roughly four years, had already stretched on pretty long). Hopefully, that won’t be the case in the next game. Epic boss fights and God of War go hand in hand, so we’re hoping to see a lot more of that in Ragnarok.

God of War (2018) did the impossible. It replaced Kratos’ iconic chained blades with the Leviathan Axe, a weapon that was so excellently executed in gameplay that players instantly fell in love with it. And just when we started believing that the Blades of Chaos were gone for good, and that this incredible new axe would be the face of the franchise going forward, they came back. Switching between weapons has been a thing in God of War since the beginning, but never was it so much fun, so meaningful.

So what do we want in the sequel? Well, more of that. The Blades of Chaos and the Leviathan Axe are going to return, of course, but we’re hoping that there will be at least one or two new weapons to play around with as well. And one of them has to be Mjolnir.

God of War (2018) took Kratos and Atreus to multiple realms of Norse mythology, with their adventure in Midgard also branching out into other realms like Alfheim, Helheim, and more. Three realms, however, remained unexplored. Though Asgard, Vanaheim, and Svartalfheim appear in the central hub room that connects all realms, Kratos and Atreus never really venture into those locations.

It goes without saying that they were being saved for the sequel, which makes sense from a narrative perspective as well. Asgard and Vanaheim are probably going to factor into the next game’s story heavily, what with Ragnarok being the centerpiece of the narrative. How (or if) the game incorporates Svartalfheim – the realm of dwarves – into the story remains to be seen. Brok and Sindri are probably still going to be important characters in the sequel though, and those two might somehow end up leading Kratos and Atreus to the realm of their race.

Though it wasn’t an open world game by any means, God of War (2018) was a lot more open-ended in terms of its structure and world design, with a hub and spoke design that offered players the opportunity to put the main quest on hold and explore Midgard to tackle optional activities and side quests. Many of these led to memorable moments – for instance, the three dragons and the Valkyries are all part of quests that you never have to touch – but by that same token, there were quite a few side quests that felt a bit too generic, or unrewarding, or both.

What we’re hoping to see in Ragnarok, then, is consistency. God of War (2018) made it clear that SIE Santa Monica have the chops to craft some great side quests. Now, they need to take things to the next level and ensure that they hit that level of quality with greater consistency. Not only will that make the optional content in the sequel more compelling, it will inherently make exploration more rewarding as well. 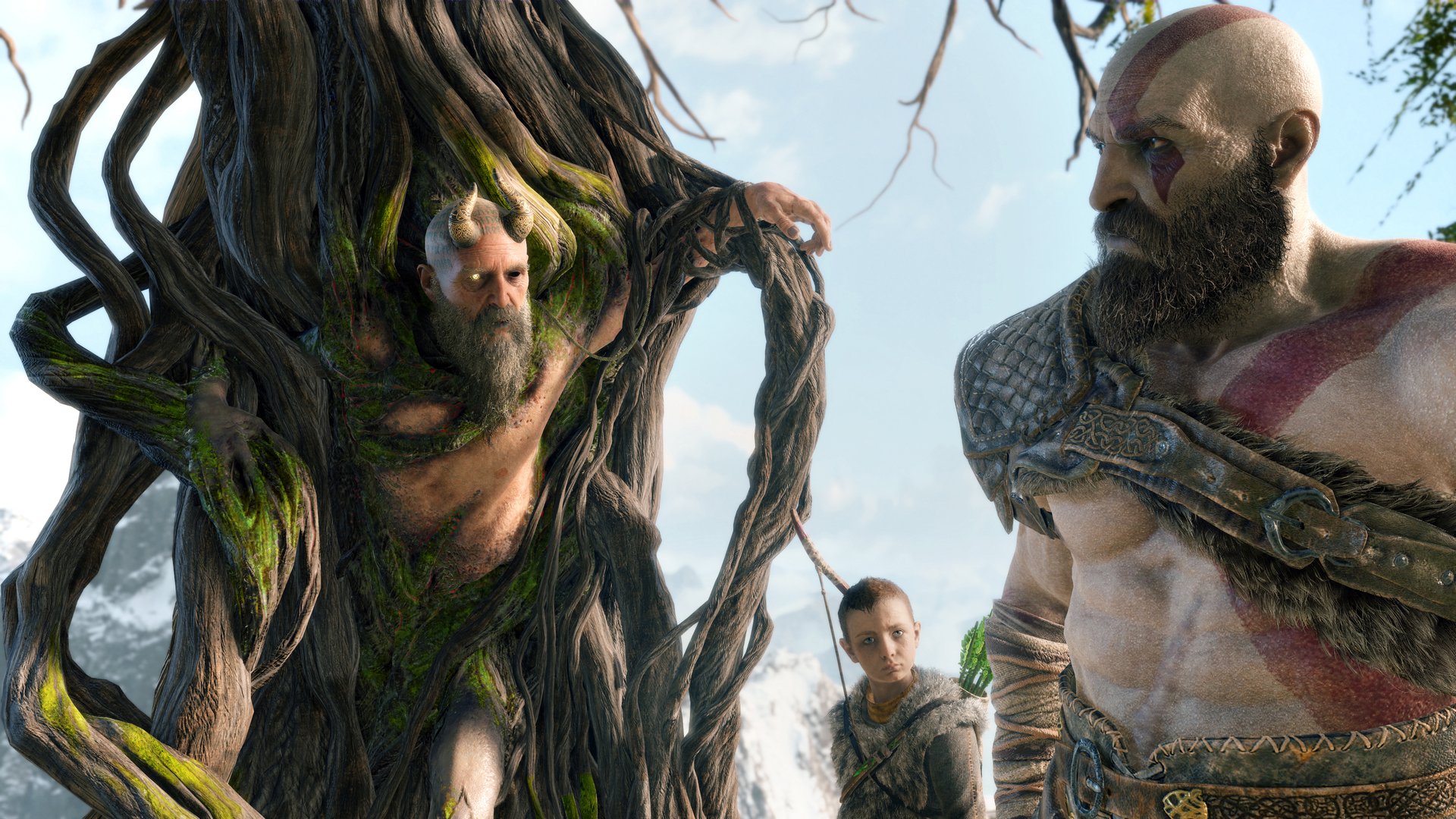 Too many developers these days throw loot and RPG mechanics into their games, but don’t really implement them all that well. For all its strengths, God of War did have some flaws, and being another such game was definitely one of them. The gear system and progression weren’t necessarily bad– they just didn’t end up counting for much.

With the sequel, we’re hoping to see significant improvements in this area. The gear system needs to be more engaging and rewarding, the progression needs to be more meaningful, and all of it needs to come together and actually make a difference to how you’re playing, or how powerful your own Kratos is becoming. Of course, we don’t exactly want to see God of War become a loot-driven RPG either, so hopefully, SIE Santa Monica will manage to strike the right balance. 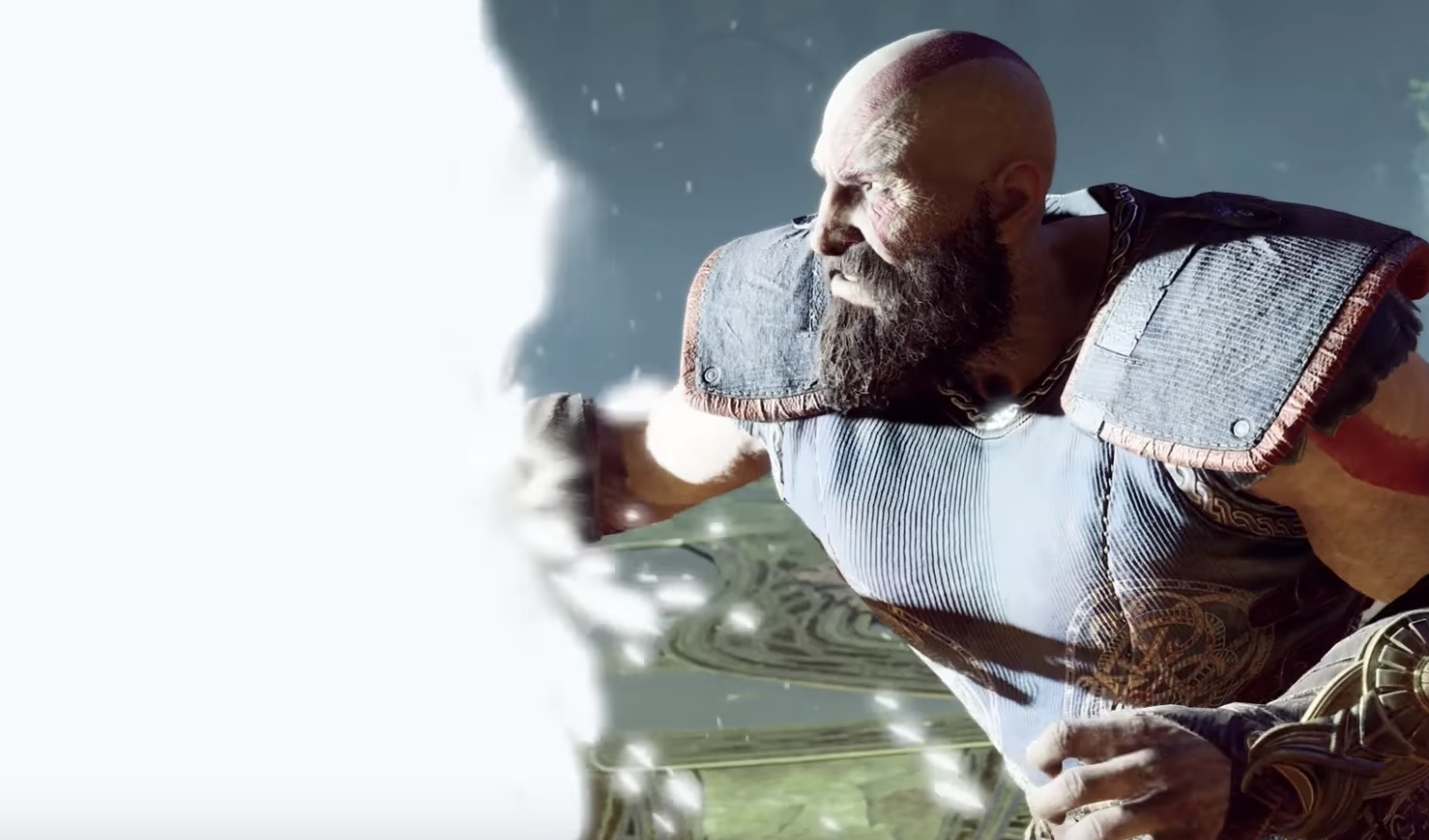 God of War (2018) is easily the longest game in the series, which is great, because you can’t have too much of a good thing. But that length also comes at the cost of occasional pacing issues- none that break the game, of course, but there’s enough MacGuffins in there to make it feel like the story is taking a bit longer to get to the point than it needs to.

With the sequel, we’re assuming (and hoping) that the pacing will be much better. Now that the foundation for the story, the characters, the central conflict, and the new setting has been laid down, God of War: Ragnarok will be able to move things along at a much faster pace, and more major story developments will be coming in thick and fast- or so we hope, at any rate.

MORE CONNECTIONS TO THE OLDER GAMES 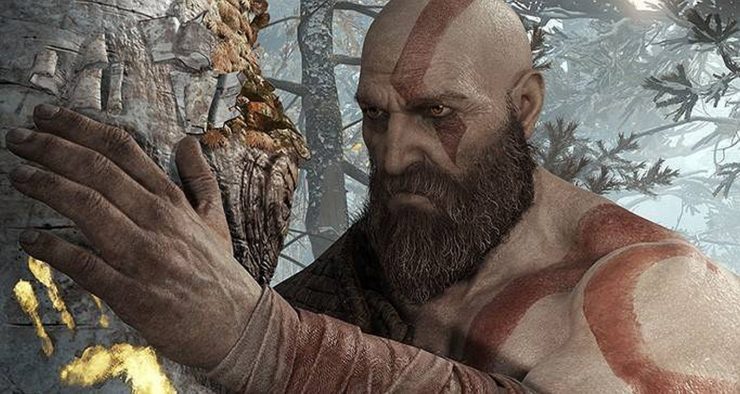 God of War (2018) could have easily discarded everything that had happened in the six games that preceded it in an attempt to reboot the continuity and move ahead with a fresh start, but it chose to respect the narrative events of the Greek mythology era of the series- which turned out to be one of the best things it could have done. The way the game built on the events in Kratos’ past and kept connecting those strands to the new direction the series is headed in was easily one of the highlights of the game.

Obviously, we’re desperate for more of that. Kratos’ redemption is far from complete (we doubt it ever will be complete, in fact), and there’s still plenty of skeletons in his closet that he needs to tell Atreus about, and come to terms with himself. The moments in God of War (2018) when Kratos was faced with his past were some of the best, and hopefully, there will be many more of those in the sequel.

MUSIC FROM THE OLDER GAMES

One of the reasons that 2018’s God of War is loved so much is because of how much it remained true and paid tribute to the original games, as we discussed earlier, firmly maintaining a strong connection to the series’ roots. And it’s true, God of War is full of those kinds of moments that evoke the original games. That’s the kind of thing we would like to see in the sequel, but more of. for example, not a single track from the original games Fshows up in God of War (2018): and given just how fantastic and iconic so many of the tunes in the Greek saga were, that feels like an incredible missed opportunity – doubly so when you consider how much more weight they would add to callbacks, if deployed at just the right moment. Hopefully, we get to see a SIE Santa Monica turn to music in their ever growing quest to weaponize nostalgia in the next game.