A Look Back at Bully – A True Rockstar Gem

The 2006 action-adventure title is still one of Rockstar's best games to date.

The year is 2006. Lots of great action games were out on our PS2s, GameCubes, and Xboxs. But most of these games took themselves rather seriously and mostly dealt with shooting people and stealing cars. And if they didn’t then they were incredibly linear action games that didn’t offer a lot in terms of choice and player agency. While there was nothing really wrong with either approach it did create a vacuum that another game that perhaps didn’t take itself quite that seriously and didn’t deal with such overly mature topics could swoop in and grab everybody’s attention for at least a little while. And that is exactly what happened with Rockstar’s game Bully. The game would take place at the Bullworth Academy and feature a fictitious set of characters and situations that word strikingly relatable when compared to games like God of War 2 or Grand Theft Auto 3.

Because of its ability to fill its niche so thoroughly and completely- and a whole host of other things – Bully would take off and do pretty well in terms of reviews and sales. The only problem was it didn’t hold onto that spotlight for very long with the next generation of consoles starting to gain a foothold, a game like Bully just didn’t really stand a chance of maintaining that mainstream sense of attention for much longer and a handful of months after its release. That of course has nothing to do with how good of a game it was though and the people who loved it really loved it and still love it as the game is still selling relatively well on modern consoles as a digital download well over a decade after its launch. Why is that though? Why would a game like Bully that doesn’t really push any boundaries of graphical fidelity or storytelling acumen end up with such a long life of celebration in underground relevance?

Well, for starters, Bully was of course developed by Rockstar who was at the peak of their game at the time. Multiple Grand Theft Auto projects under their belt and many more classics in development like Max Payne 3, they were doing everything they could to just keep up with themselves. It was a great time to be a fan of Rockstar as every year or so you would see something come out of the publishing giant and all of it would have above-average quality. With games ranging from open world action games to more story-driven RPGs all the way to extremely violence indulgent games like Manhunt. Rockstar had it all in a sense that you don’t really see today as development cycles have gotten so much longer and the company seems to be mostly focused on two of their most prominent IPs and basically nothing else.

That said Rockstar knew what they were doing at this time and it showed in the game Bully perhaps more than most other games that they had ever released up to that point. Bullworth Academy is a location that makes sense to wander around in. Hallways, offices, classrooms, courtyards, and everything else you would expect to see is there and generally laid out in a way that makes sense to anyone who has ever spent time in schools. This immediately helps with Bully’s sense of immersion and relatability which are two extremely good things for a game like this to have. But that relatability doesn’t stop with just the layout of the academy, it continues on through the story, the characters, and the situations that everybody finds themselves in.

There’s no massive shootouts with exploding helicopters that would never happen in real life and no insane psychopaths hellbent on world domination (although Gary is certainly on the path to becoming one). It’s all made up of things that probably happened to you at one point in your life, and if not there at least conceivable. Different mini-games representing classes and getting in trouble with the administration and serving detention are two of the bright spots of general gameplay, but that’s barely scratching the surface. Completing jobs for various characters inside and outside of the academy could easily take up the majority of your playtime if you let it, as that can grant you access to more locations and more stuff to do. This is a big part of why Bully ends up feeling so bottomless for so long despite being a much smaller scale adventure than the things that Rockstar Games is known for now. It does so much with what it is not by looking outward but by looking inward an experience of a young man in school who isn’t quite an adult but is not really a kid anymore either. 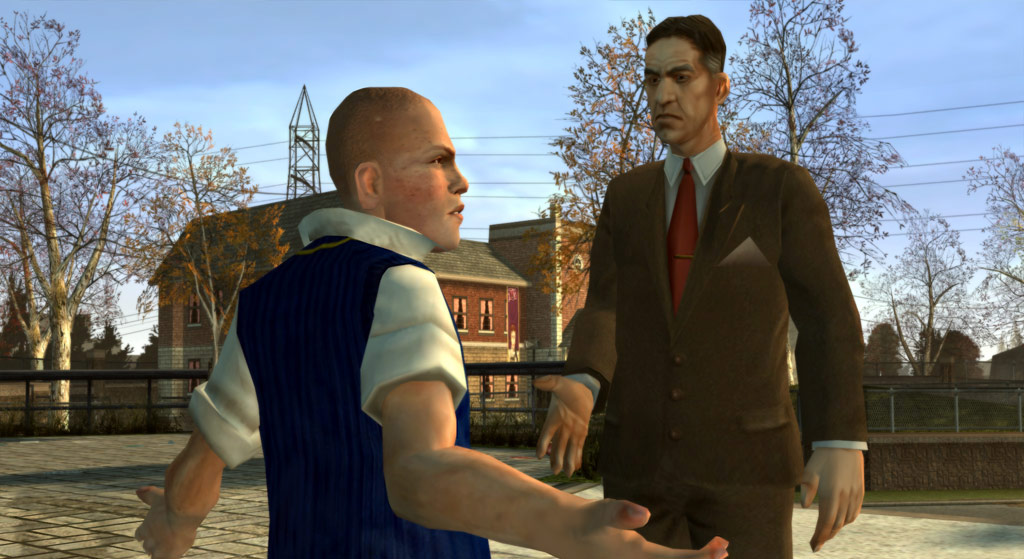 The characters of Bully follow suit in their relatability but perhaps this is a slightly weaker area of the game at least by today’s standards. They all pretty much follow the archetypes of the roles that they play at the Academy, including the main character Jimmy Hopkins, who’s just kind of the quintessential bad kid and has found himself in a situation where he’s getting thrown into the academy because his parents just don’t know what to do with him anymore. So yeah, basically nothing new here in terms of setup. I don’t personally find that there’s anything really wrong with that though because Bully is not the kind of game that is aiming to break the mold in terms of its world-building it’s just looking to execute everything really well and that, it does. While the characters in the story are all things ripped right out of a lot of other movies and TV shows that you’ve seen with similar settings oh, they all fit in the world of bullies so incredibly well and add up to such a satisfying experience that it’s hard to complain about any perceived lack of special spice. Getting admonished by the principal, tormented by other bullies are all as authentic and charming as could be, and that’s really all Bully needed to do.

That said, with how many things Bully does differently from what you would normally expect from the developers of Grand Theft Auto, it does hang on to the fundamental mechanics that make the open-world action-adventure game work so well. Large expansive, explorable environments, an informative minimap, and main story missions often deviate into myriad different directions in the form of side quests that constantly distract you are all things that you’ll recognize if you’ve played a game in the genre before. The magic of Bully is how it takes those elements and dresses them up in such a way that it’s kind of hard to quantify, but it does ultimately result in the feeling that all of these mechanics belong to Bully at the time you’re playing it.

Combat is another one of Bully’s strong suits. While hand-to-hand combat is the basis of it and there’s plenty to do with that, it really expands nicely into different projectiles like gym equipment and using the environments. It might sound ridiculous on paper but it’s actually not that far off from how a lot of real schoolyard fights can go. But as a video game it plays great, and it might remind one of the Yakuza games more than something you would typically find from Rockstar. 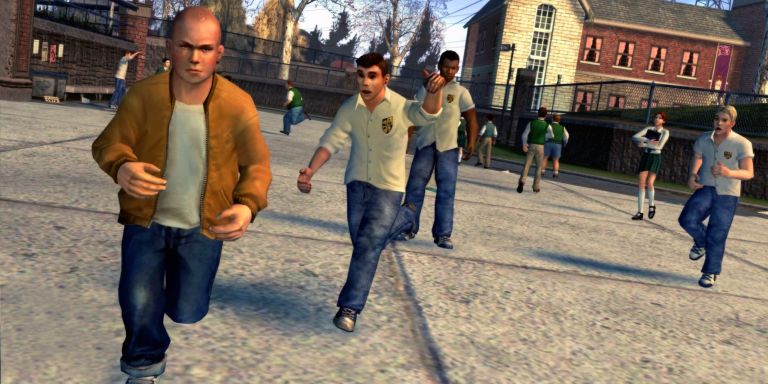 Bully is the type of game that goes all-in on its own ideas, only borrowing from the mainstream concepts when is absolutely necessary like its overall open-world structure. But it fills in the gaps with so many of its own ideas and its own excellent execution of the academy atmosphere and the types of characters in situations that only someone in this game would encounter, that it ends up feeling way more interesting than it could ever seem like it would on paper. The more you understand Bully the more of a head-scratcher it becomes to realize that they’ve never made a sequel. We do get rumors that a sequel is in development every year or so but nothing concrete has ever bubbled to the surface from Rockstar about a Bully 2 or any sort of follow-up which is a massive shame. Hopefully one day that changes because after all this time Bully is still one of Rockstar’s best games and easily one of the better games from yesteryear that still hold their own in so many ways.