2019’s A Plague Tale: Innocence was way better than almost anyone could have imagined. Though not a revolutionary game by any means, it was an excellent example a game that succeeded in almost everything it set out to do. Wearing its Naughty Dog influences on its sleeve, Asobo Studio’s action adventure title told a captivating story revolving around endearing characters, and backed it up with gameplay mechanics that were simple yet consistently enjoyable throughout its 10-hour runtime. Calling it one of the biggest surprise hits in recent years wouldn’t be an exaggeration in the slightest.

It’s not surprising, then, that its upcoming sequel, A Plague Tale: Requiem, is generating the sort of buzz that it is. Asobo Studio and publisher Focus Entertainment have shown a great deal of footage from the game in the lead up to its launch in October, and what we’ve seen so far has been very encouraging. Just as its predecessor managed to deliver an amazing, well-rounded, extremely polished experience without having been backed by a massive AAA budget and development team, it looks like A Plague Tale: Requiem, too, is once again going to exceed expectations- which is saying something, because unlike the first game, the sequel has generated quite a bit of pre-launch hype and excitement.

It goes without saying that we will all have to reserve judgment on the game till such time we’ve actually played it ourselves, but based on everything we’ve seen so far, it seems to be shaping up to be the ideal sequel in more ways than one- and a lot of that is apparently going to boil down to iterative improvements over the foundations laid down by its predecessor. A Plague Tale: Innocence was a tightly paced linear experience that mixed environmental puzzles and stealth with some light combat, and on all fronts, its sequel looks to be making significant improvements.

Of those things, it’s clear that combat is where A Plague Tale: Requiem is making the most significant improvements. Though still very much a stealth-focused game, combat is going to take a much more prominent role in the game, with Amicia being equipped with a larger and more varied arsenal of weapons that she can use to her advantage, from bombs and slingshots to a crossbow and more. Hugo, meanwhile, can summon massive rat swarms at will and have them devour enemies, and if what we’ve seen of that mechanic so far is any indication, it’s going to be as impressive in practice as it sounds on paper. Interestingly, using Hugo’s powers will come with a cost every time, which promises to be another intriguing wrinkle to keep in mind, adding yet another risk-reward mechanic to the proceedings.

Stealth, meanwhile, also seems to be getting plenty of upgrades. Asobo Studio is, of course, promising improvements to AI, the most significant of which is probably the fact that enemies are going to react and adapt to players’ tactics, forcing you to adapt and use your full toolset. But other much more immediately apparent changes are also being made. The interplay between stealth and combat, for instance, is looking much more fluid and organic. Rather than going down as easily as she would in Innocence, Requiem is going to make Amicia a much more durable character. Not only does that emphasize the combat elements more prominently, it also allows her to re-enter stealth after having been spotted- which is something that, if properly executed (and if the game has competent AI) has the potential to make for some very intense and dynamic encounters with enemies. 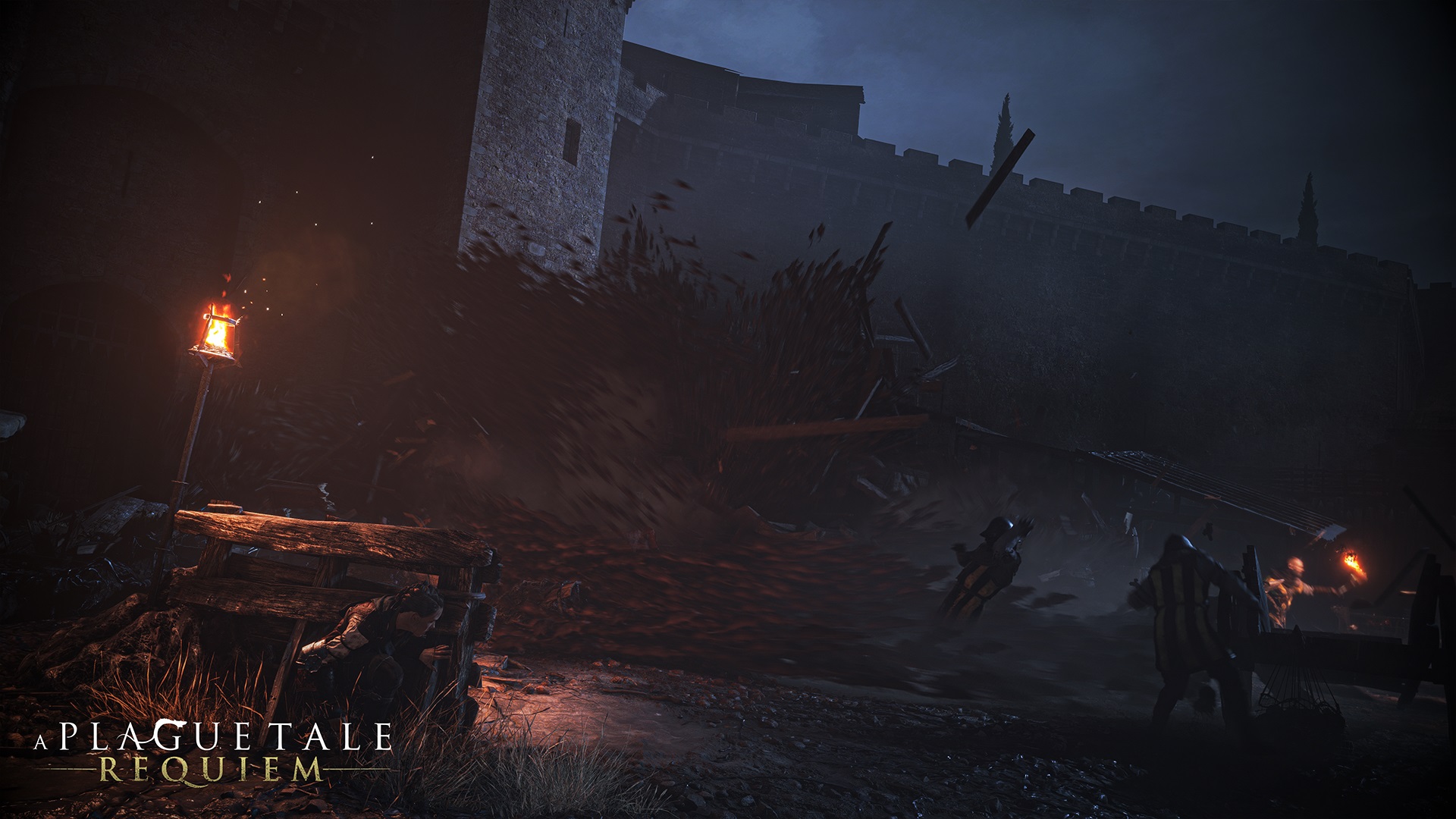 In terms of level design, too, A Plague Tale: Requiem is going bigger than the original title, with Asobo Studio promising much larger environments that will not only encourage exploration much more, but will also allow for much more intricately designed combat and stealth arenas that will give players more choices to make and allow them to be more flexible in how to approach any given scenario. We’ve already seen larger environments with multiple different routes to take, with elements in the environments also playing a part in the moment-to-moment gameplay, from grass that can be set on fire to distract enemies (or even burn them to a crisp) to tar pots that can be shattered to slow down anyone that might be chasing you. Obviously, this is still very much going to be a focused and linear experience with constant forward momentum – that was one of the biggest strengths of the first game, after all – but we’re big fans of what are often called “wide linear” games, and it seems like that’s the direction this one is headed in.

In more ways than one, A Plague Tale: Requiem seems to be smartly building upon its predecessor’s gameplay mechanics. Innocence was, when you get down to it, a very simplistic game from a gameplay perspective- which, in the end, wasn’t really an issue because of how well it executed the few mechanics that it focused on, and the varied and interesting ways it kept using them in throughout it runtime. The idea of a sequel that takes that simplicity and that variety and expands on it with more complexity and a greater range of options is an exciting one.

Just as The Last of Us Part 2 built upon its predecessor’s solid yet simplistic gameplay mechanics to deliver something that was much more complex and engaging, so, too, can A Plague Tale: Requiem do just that. Of course, that’s not a one to one comparison by any means- given the massive budget and pool of resources that Naughty Dog’s games had backing them up, it goes without saying that there was much more to them than Asobo’s much more modest efforts. But A Plague Tale: Requiem does seem to have the potential to chart a similar path of growth and expansion- if not to the same extent. 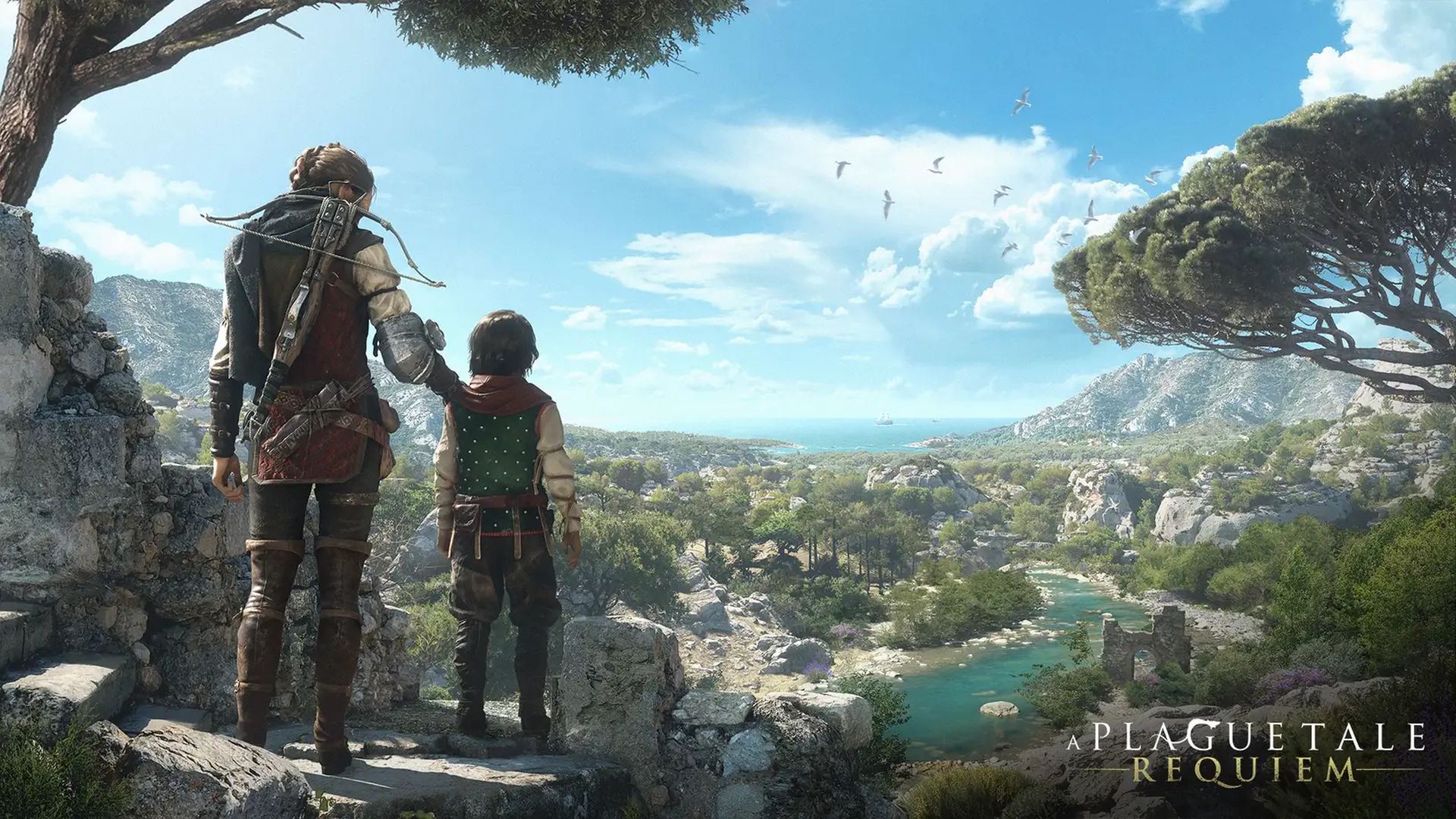 Moving beyond gameplay, there’s little reason not to be optimistic about what Requiem will have in store for us. A Plague Tale: Innocence had many things going for it, but almost nothing worked in the game’s favour as strongly as its story and characters did. Amicia and Hugo were both incredible characters, the relationship and growing bond between them was excellently written, and the larger story surrounding their personal struggles was one that kept us hooked right until the end. If the sequel can strike a balance between its more high-stakes plot threads and its more intimate, character-driven moments as well as the first game did, we’re surely going to be in for a treat.

Above all else, a sequel’s job (more often than not) is to take what was good about its predecessors and build upon those things in ways that bring about remarkable improvements while keeping the essence of the experience intact. Thankfully, thus far, it looks like that’s exactly the approach the developers have taken with A Plague Tale: Requiem. From its gameplay improvements and the promise of its story to its gorgeous visuals and more, Asobo Studio’s upcoming action-adventure sequel has impressed us greatly in all that we’ve seen so far. If the final product can make good on all that promise, there’s a good chance that, just like the first game, it will end up being one of the best new releases of its year.