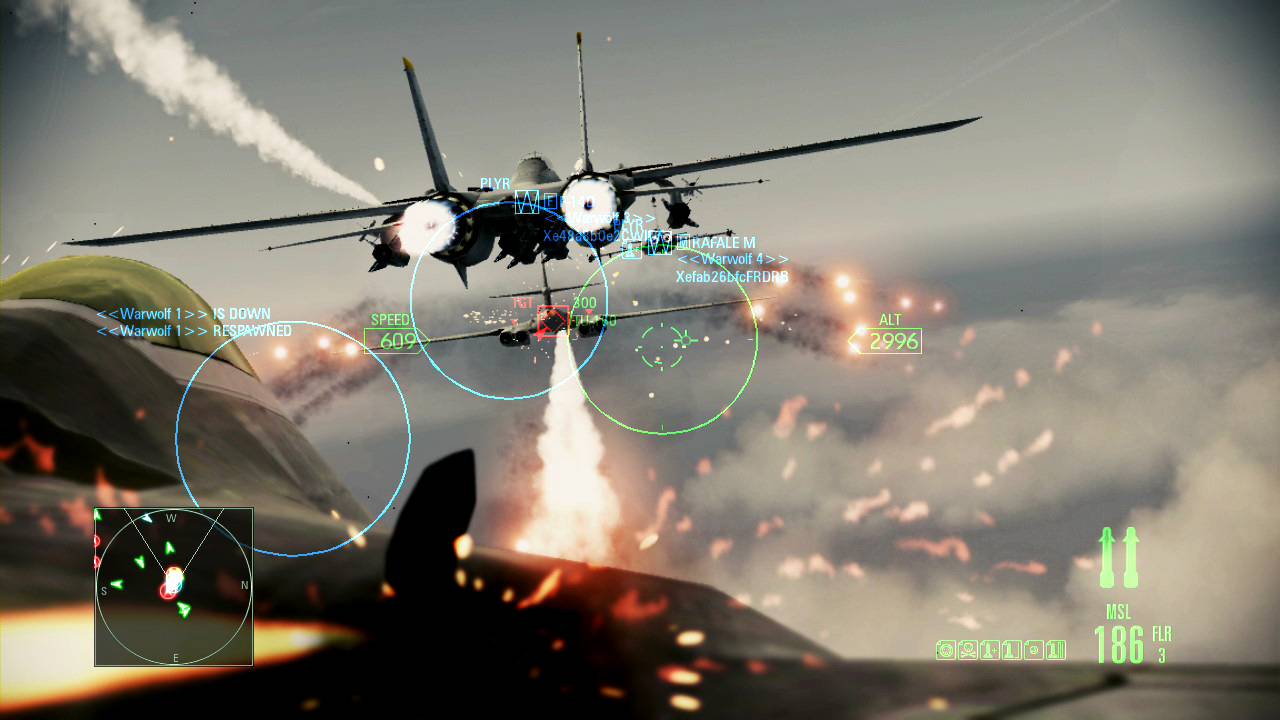 With Ace Combat Assault Horizon flying into stores next week on October 11, Namco Bandai has reveaed new details about the four online modes available in the game: CO-OP, Capital Conquest, Deathmatch and Domination.

In Capital Conquest, the following rules can be set up / adjusted:

In CO-OP mode, players team up with friends to take on deadly AI opponents. A total of eight missions from the Campaign mode have been specially re-designed and optimised for CO-OP play to maximise the enjoyment for 2-3 players sharing the adrenaline-pumping fun online.

1. Death match battles are for 2 to 16 players
Everyone other than the player is an ‘enemy’.
Everyone shoots down as many other players as they can to determine win / loss and rankings.

2. Two styles of play available: a Kill Points system in which victory is determined by “points” set for each aircraft,
and a Kill Count system in which victory is determined purely by the number of kills
Similar to “Capital Conquest” and “Domination”, matches can be enjoyed under a variety of rules, including aircraft selection restrictions and turning skills ON / OFF.
> Kill Points System → Aircraft have a range of points from high to low, making aircraft selection an element of strategy.
> Kill Count System → The points for all aircraft are the same, making the battle purely about aircraft capabilities and player skill.

1. Players are divided into multiple teams and compete to occupy bases on the map within a fixed time limit.

2. Capture a base and obtain Occupation Points at fixed time intervals. The team that earns a certain number of points wins.
All bases that can be occupied start with neutral status. Teams then compete to occupy them.
If neither team wins within the time limit, the team with more Occupation Points wins.

3. When the player’s aircraft or allied aircraft stay above a neutral base, the Occupation Gauge will increase.
When the Occupation Gauge is full, that base will be considered ‘Occupied’ and allied ground forces will be placed within it.
Once a base is occupied, enemy teams will have to destroy all of the TGTs inside it to return the base to neutral status.

4. Respawning allows you to sortie again in a different aircraft, recover from all damage and replenish ammunition.
Unlike Capital Conquest matches, there are no respawn bases (you don’t gain or lose respawn positions).
Respawns occur at preset locations.

In addition to the online modes, they have also released new screens for the co-op modes. Check them out below. 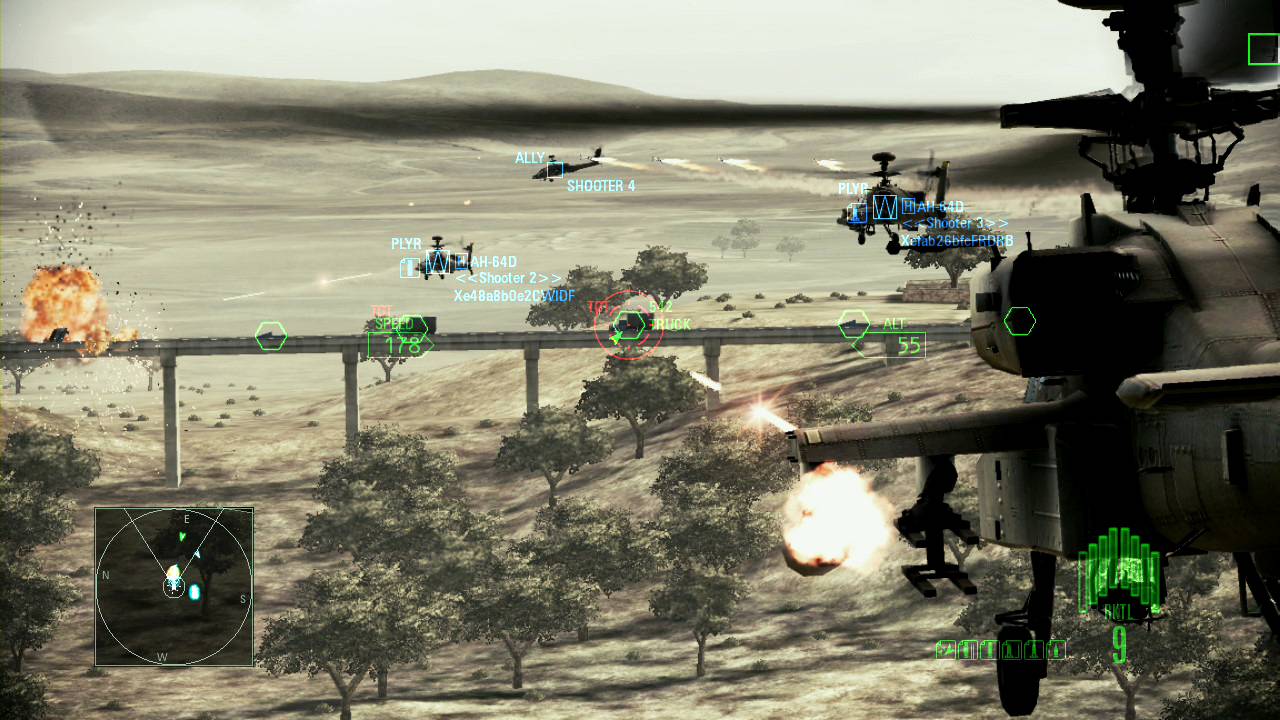 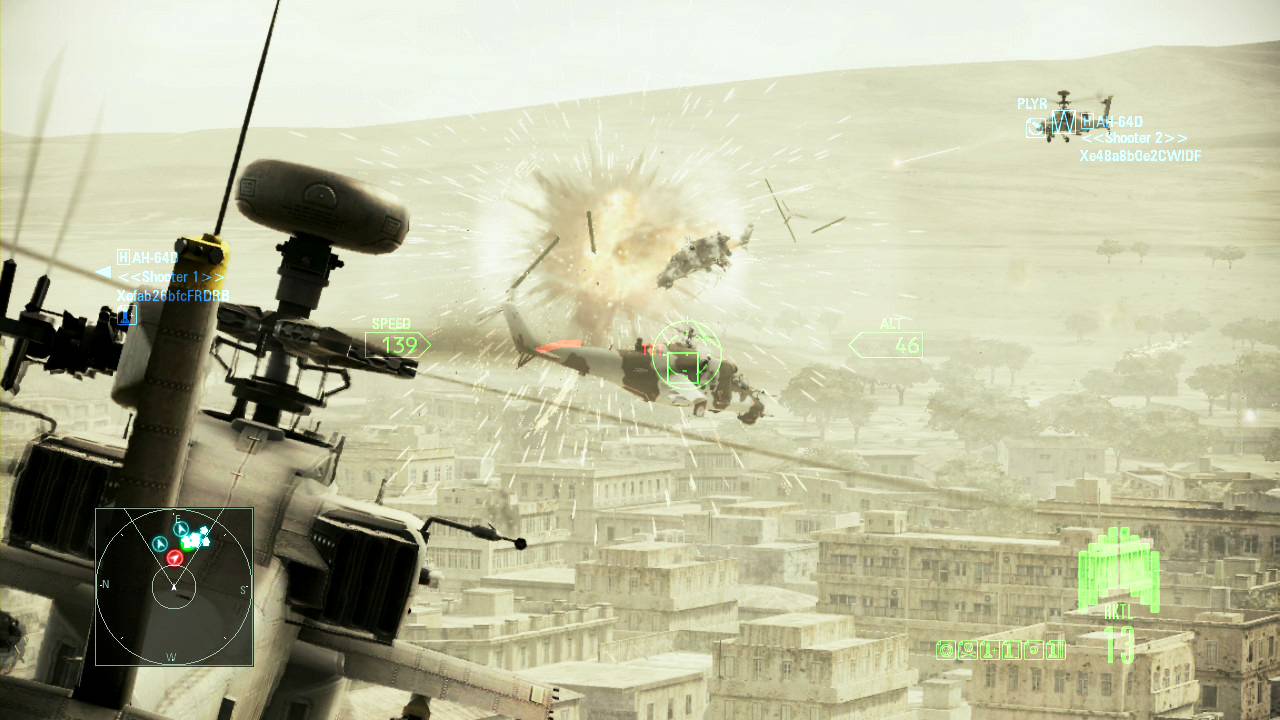 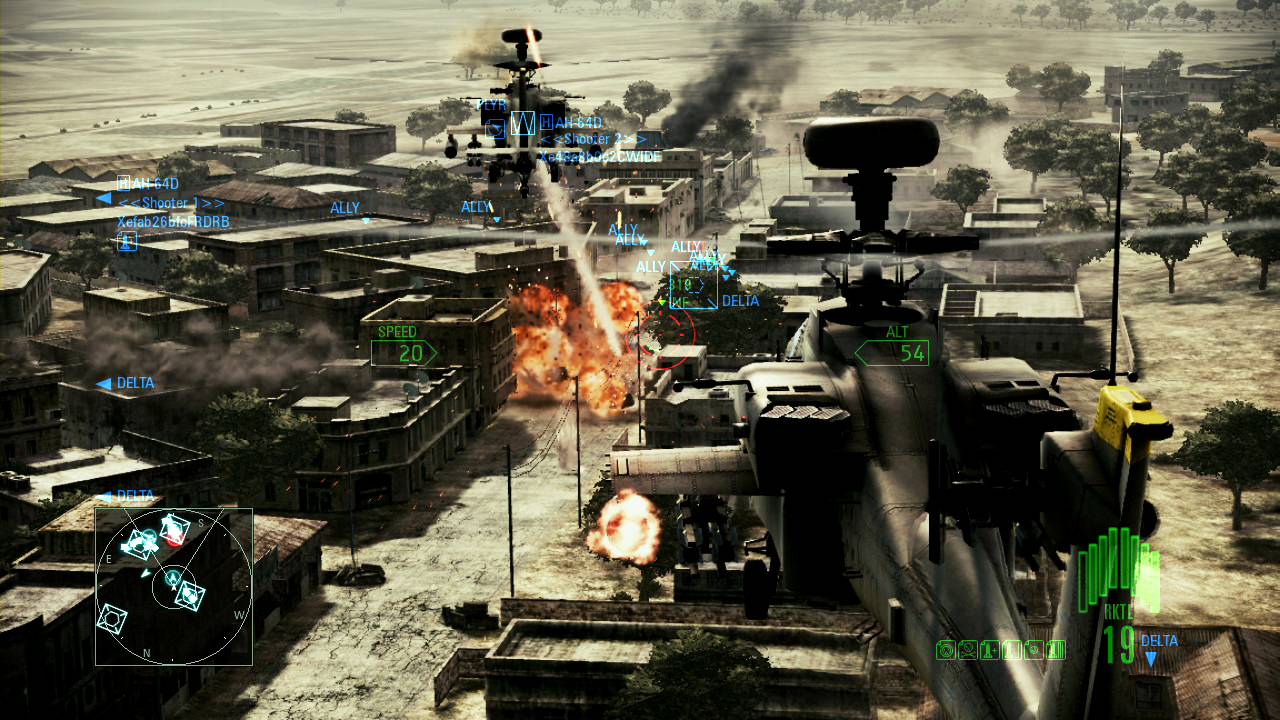 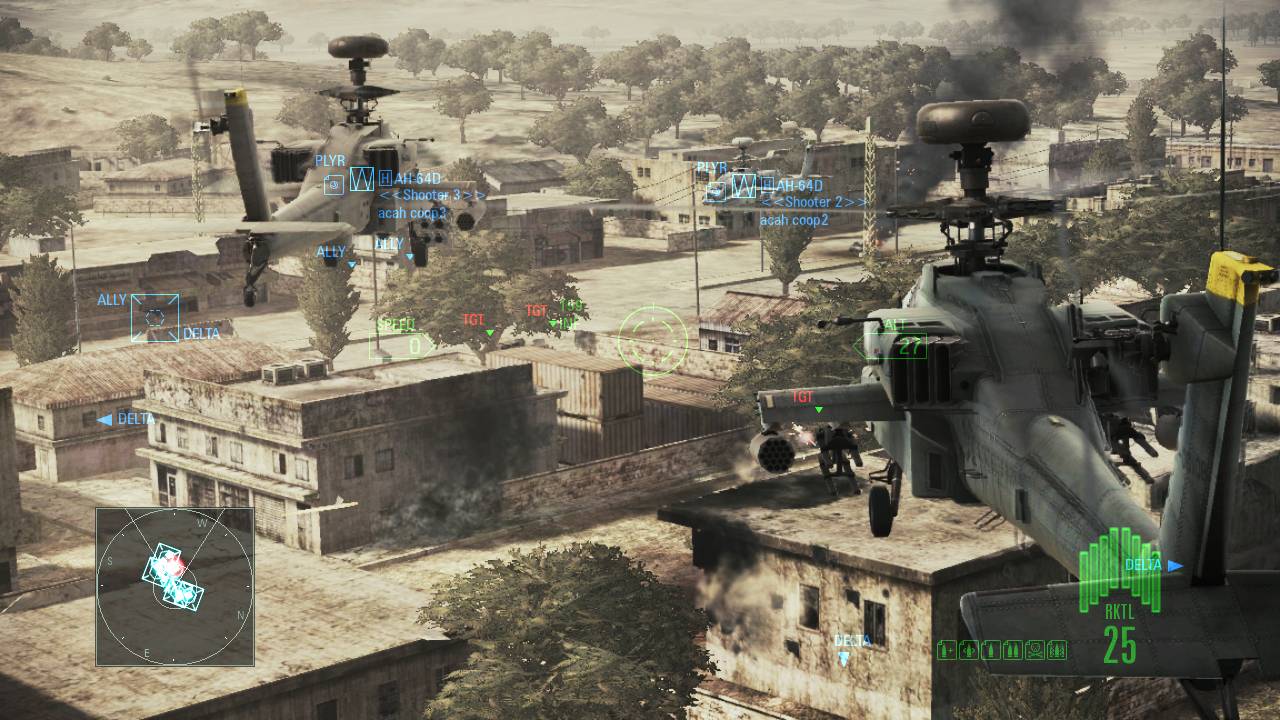 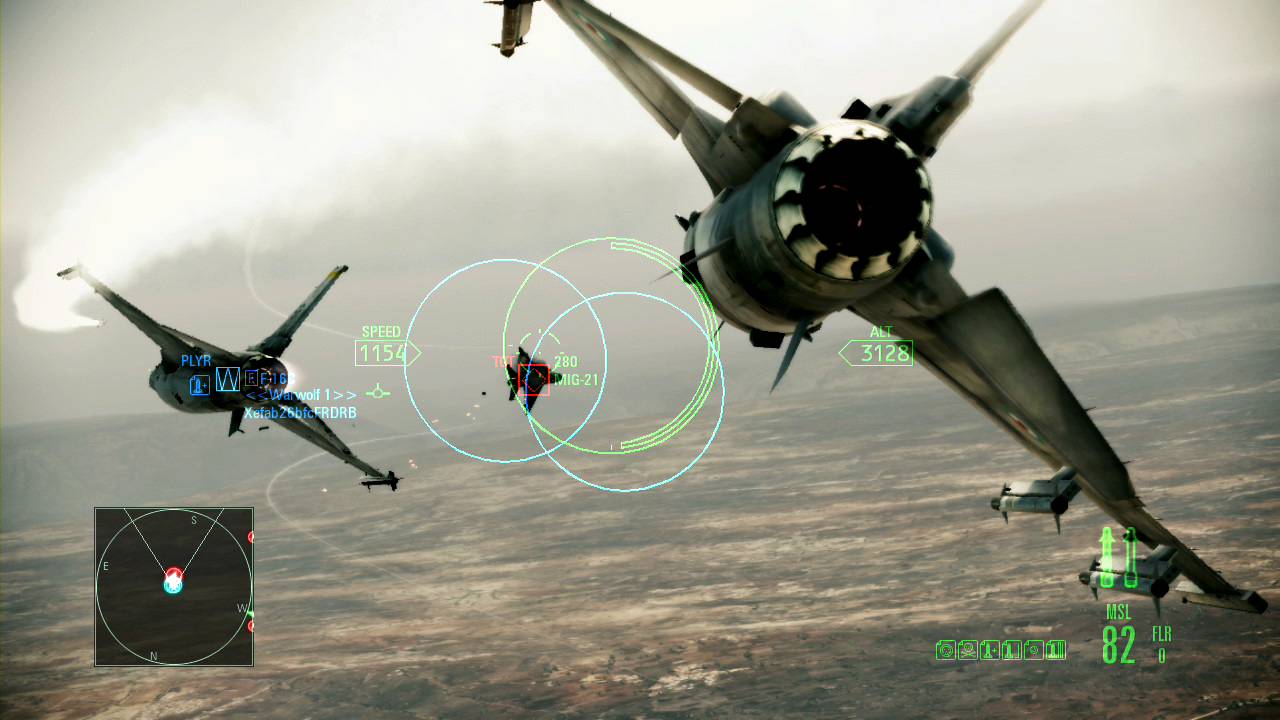 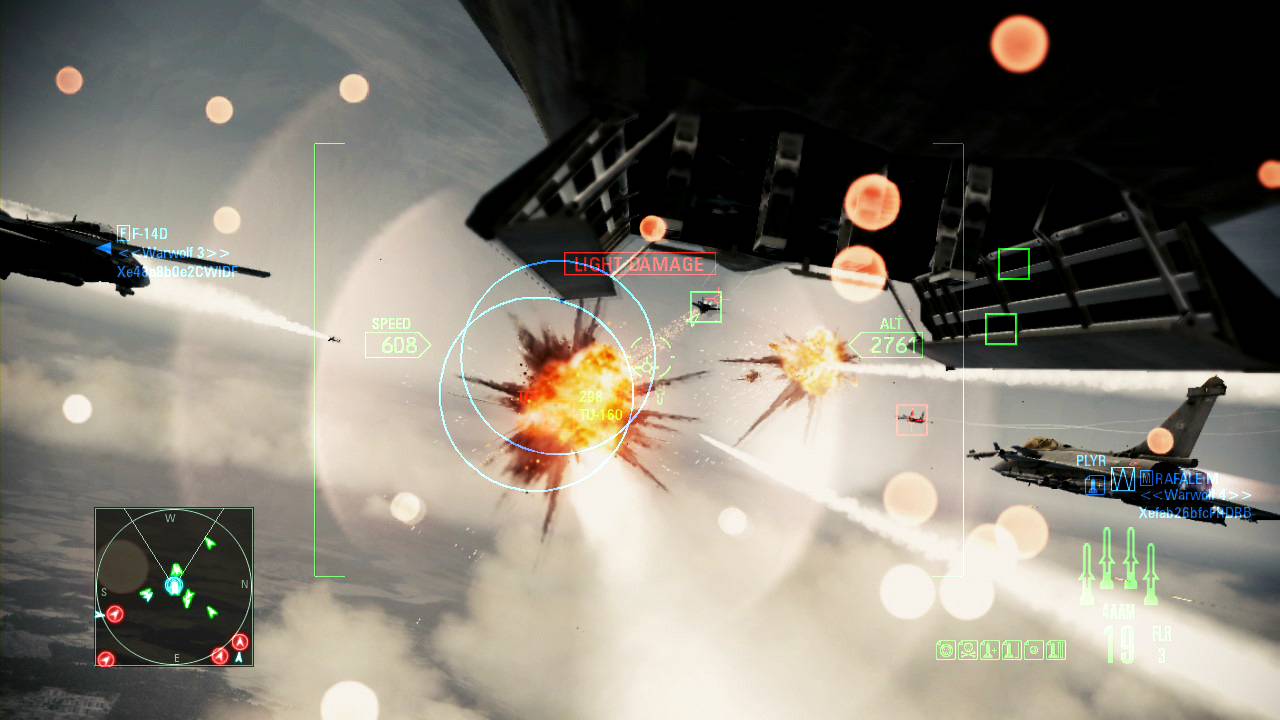 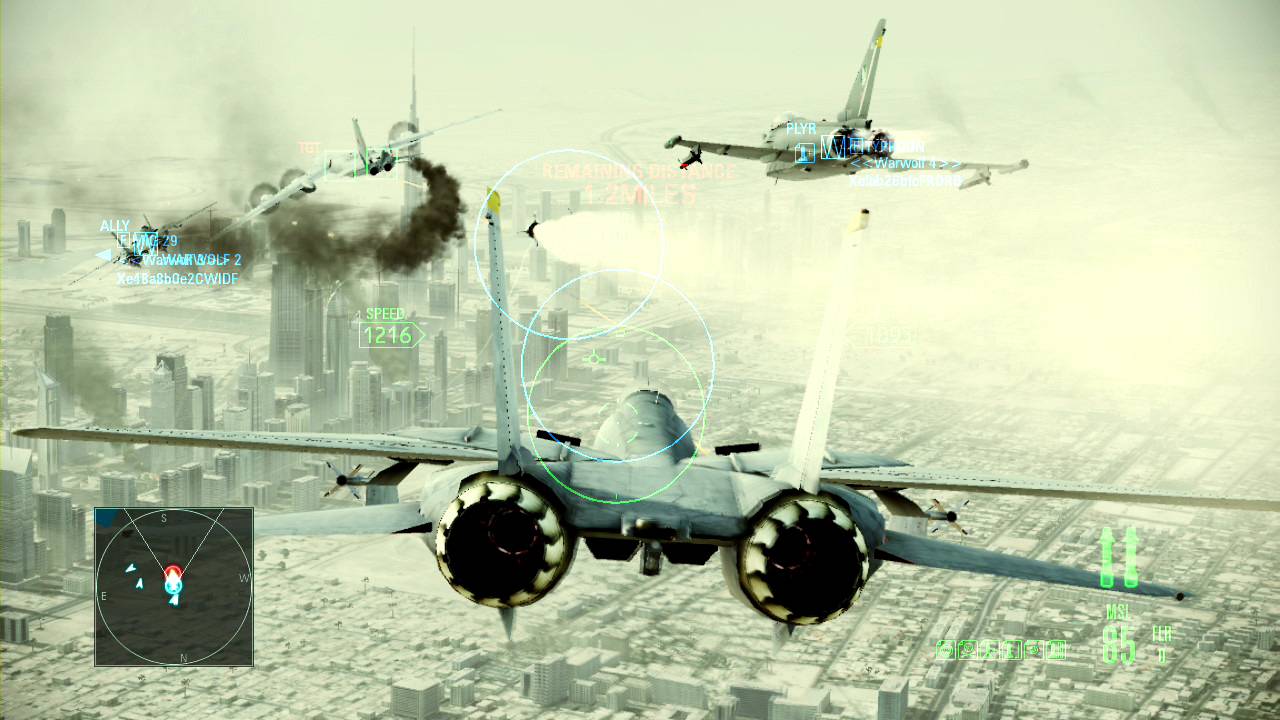 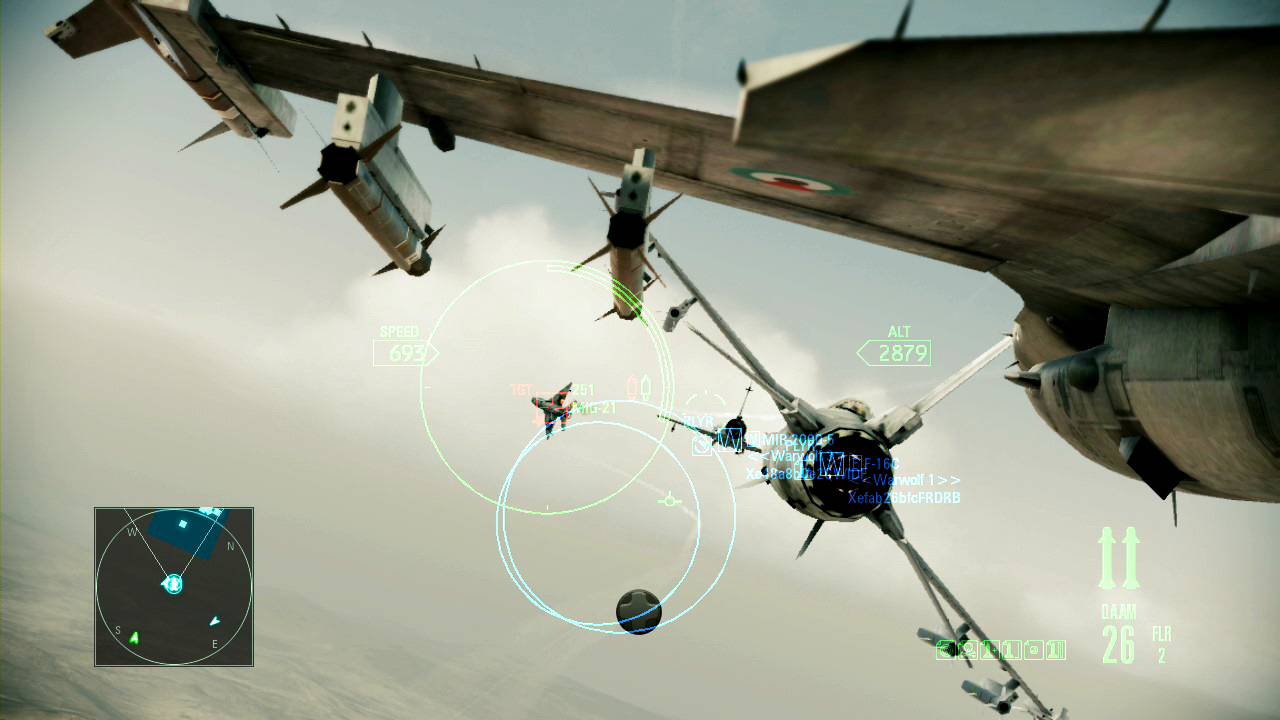 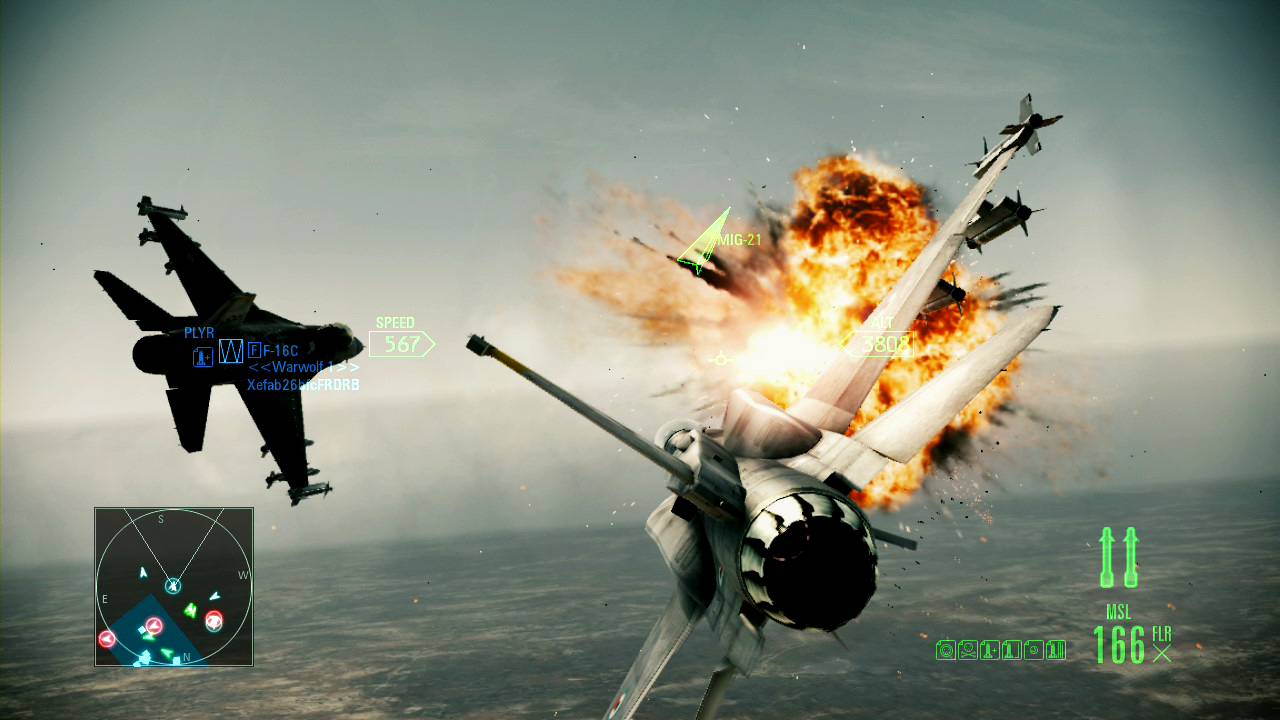 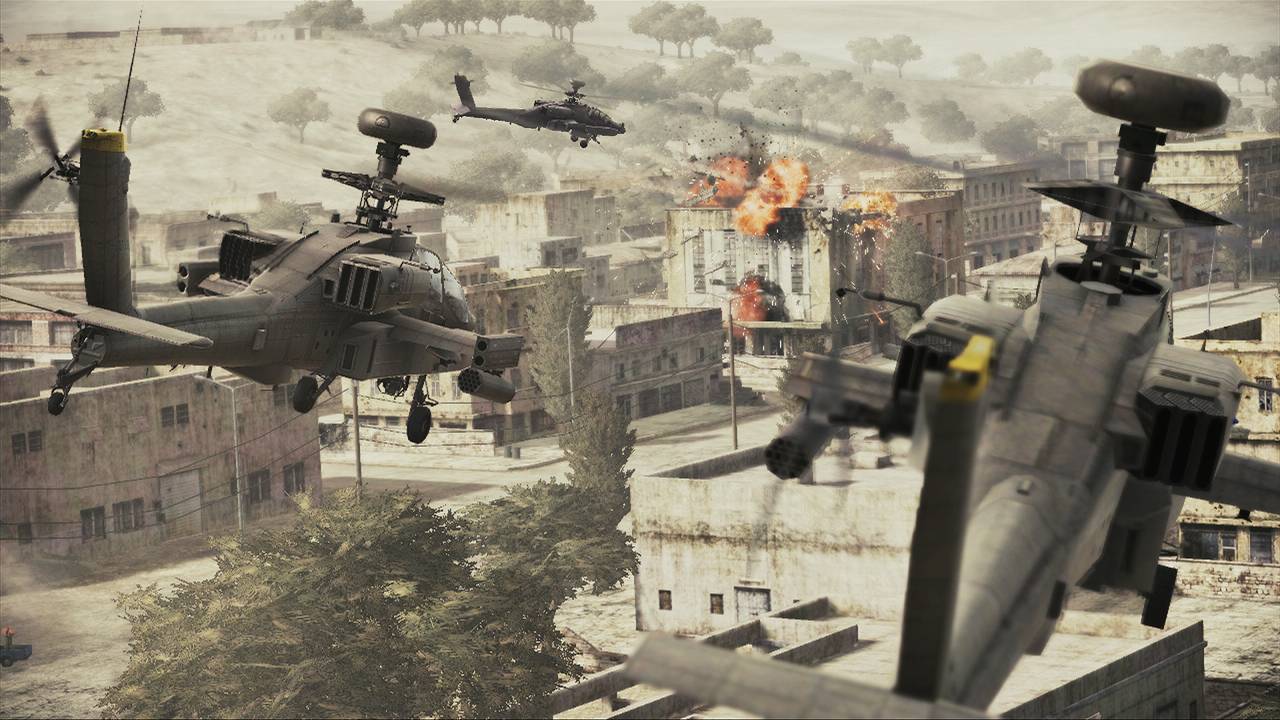 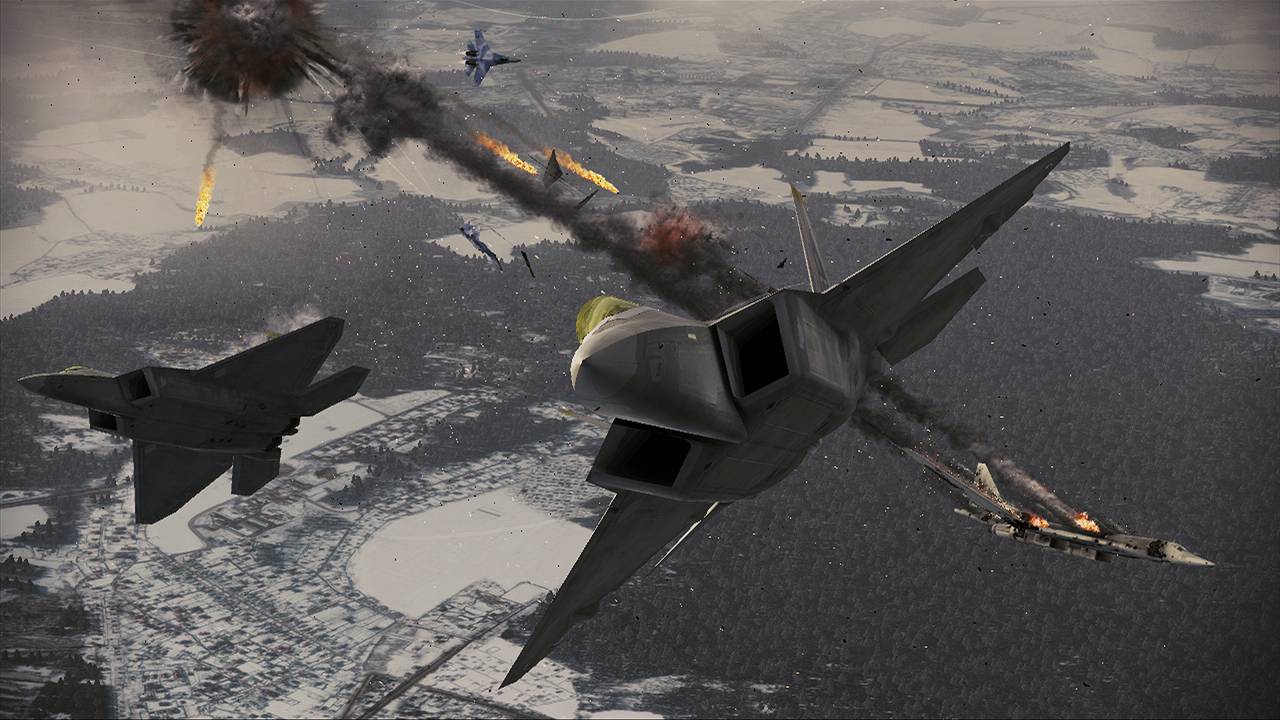 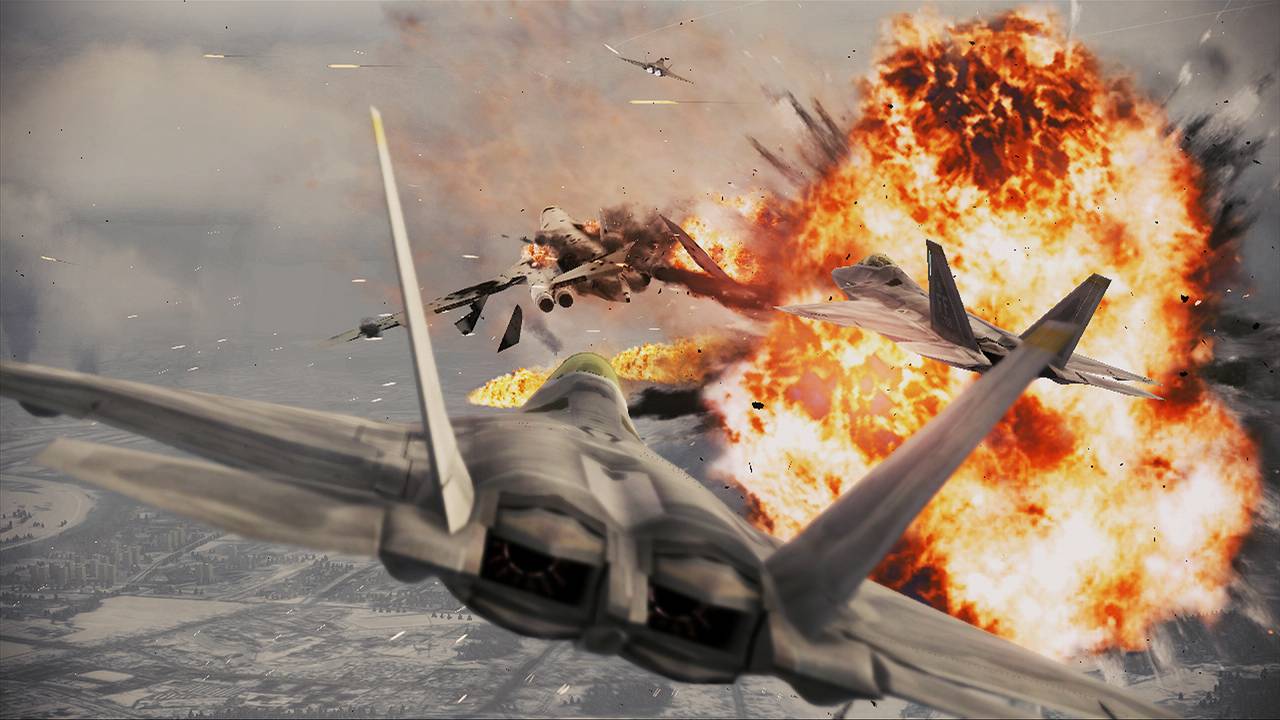 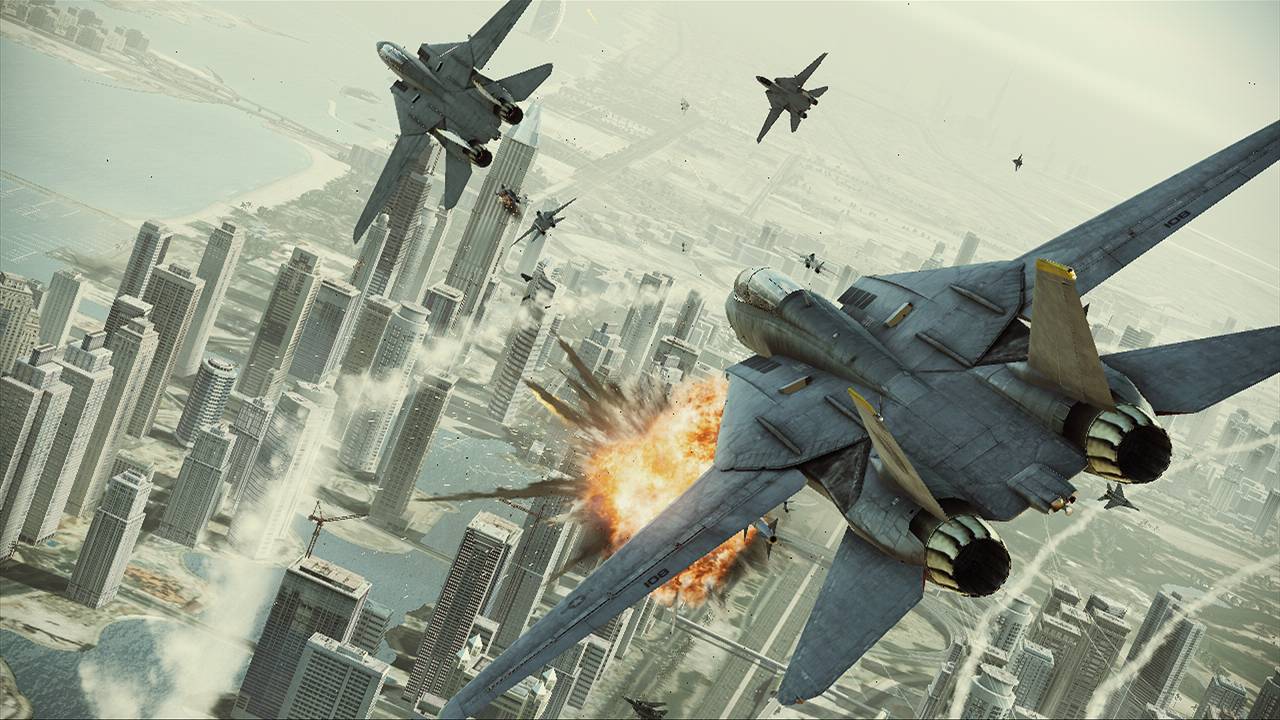 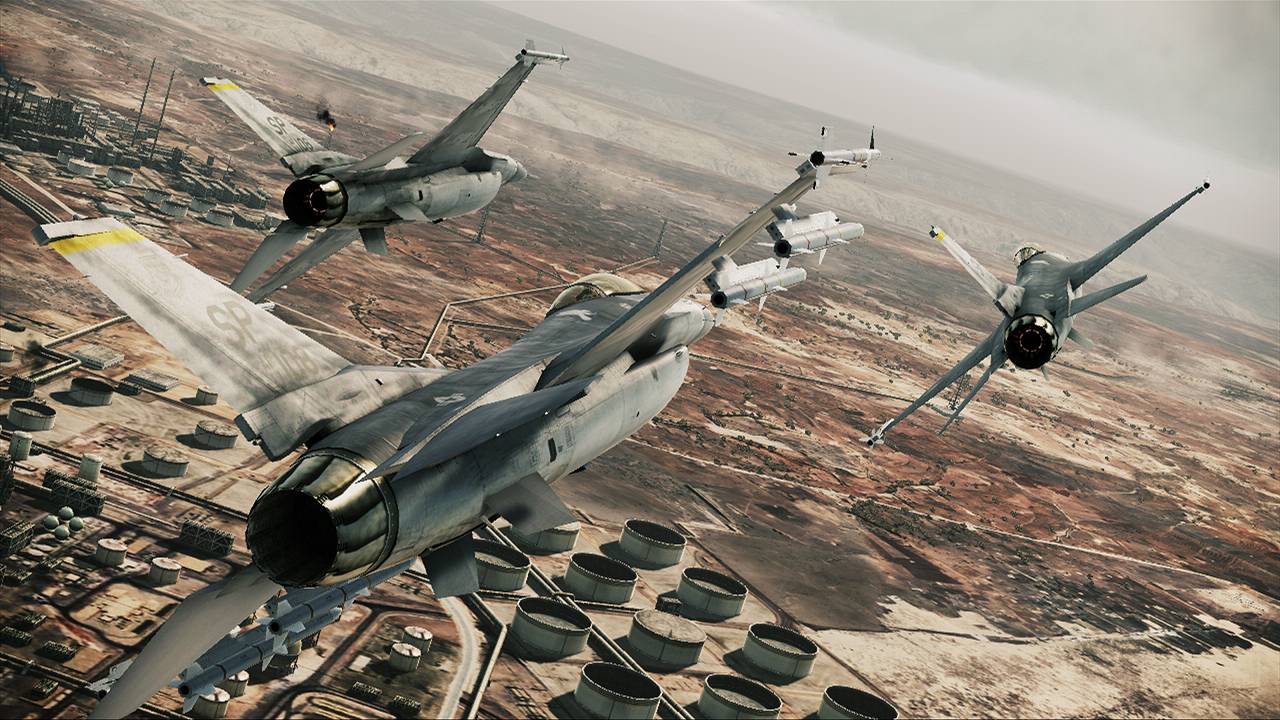