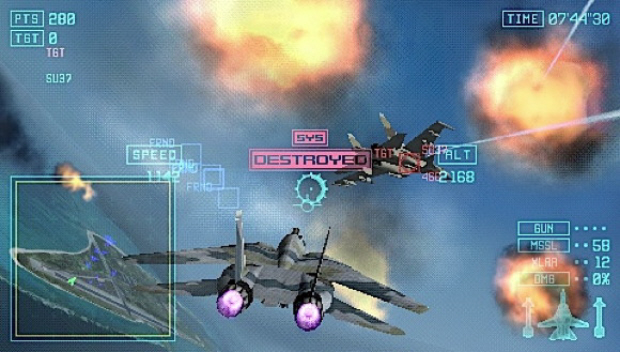 Developed by Project Aces, ACE COMBATTM JOINT ASSAULT blazes onto the PSP system with fast-paced dogfights, fantastic new visuals, real-world locations and the most robust multiplayer options seen yet from the world’s number one flight-action series. Take to the skies and reign supreme through multiple real-world locations including Tokyo, San Francisco, and London. A sophisticated dogfighting system, increased sense of speed and photorealistic graphics make ACE COMBATTM JOINT ASSAULT one of the most intense experiences ever on a handheld system.