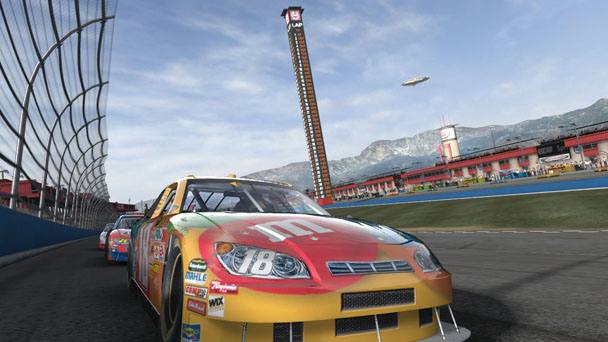 Activision has just announced NASCAR The Game 2011, and that it is developed by Eutechnyx.

“It was crucial to take a fresh look at what makes the sport so popular,” said Ed Martin, Eutechnyx EVP.

“We’re working very closely with NASCAR, the drivers, the teams, the tracks and the sponsors to get all the minute details right, and give this game the polish and push the fans deserve.”

“The NASCAR videogame fanbase has been underserved for a long time and we’re bringing them something very special,” added Activisions David Oxford.

The game will let you play either as your self, or as a real NASCAR driver.

The damage the cars will pick up will be  “meticulously detailed” with multi-car wrecks “the most extreme ever experienced in an officially licensed racing game.”

You will also be able to play 16 online multiplayer matches.

You will “earn NASCAR experience points” in online and offline races “which help unlock rewards such as decal packs or special car designs, as well as career sponsorships and special races throughout career mode.”