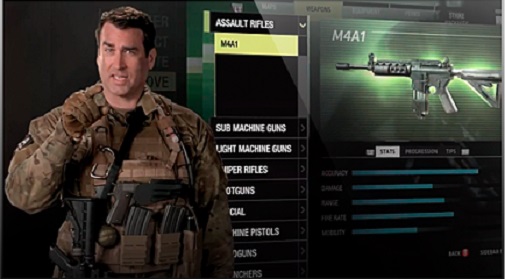 Call of Duty Elite has 12 million subscriptions and out of that 2.3 million people actually pay for it. The service was created with an intent to find new alternate revenue streams and it has been a successful venture for Activision, when you take into account that this service was announced last year along with Modern Warfare 2.

The service offers gamers 20+ new multiplayer maps, Special Ops missions and more before normal peasants. It also offers stat tracking and other cool features which is really helpful if you are into creating specialized videos for Youtube.

The data was announced during Activision financials today, where the company posted a $1 billion revenue slightly down from last year.

We are very excited to have announced our expanded investment in China through Activision Publishing’s agreement with Tencent to bring the Call of Duty franchise to the Chinese market,” Bobby Kotick said at the investor call.

“For the first six months, we had the top three best-selling games in North America and Europe with Activision Publishing’s Skylanders Spyro’s Adventures and Call of Duty: Modern Warfare 3, and Blizzard Entertainment’s record setting Diablo III.”

Diablo 3 has sold 8.8 million copies so far, along with 1.2 million players who got the game due to owning a World of Warcraft subscription. There are 9 million WoW subscribers now down by a whopping 1 million from last quarter.

Thanks IGN for Elite stats.