A physical Limited Edition has also been announced, which includes a physical and digital artbook, digital soundtrack and the Standard Edition. 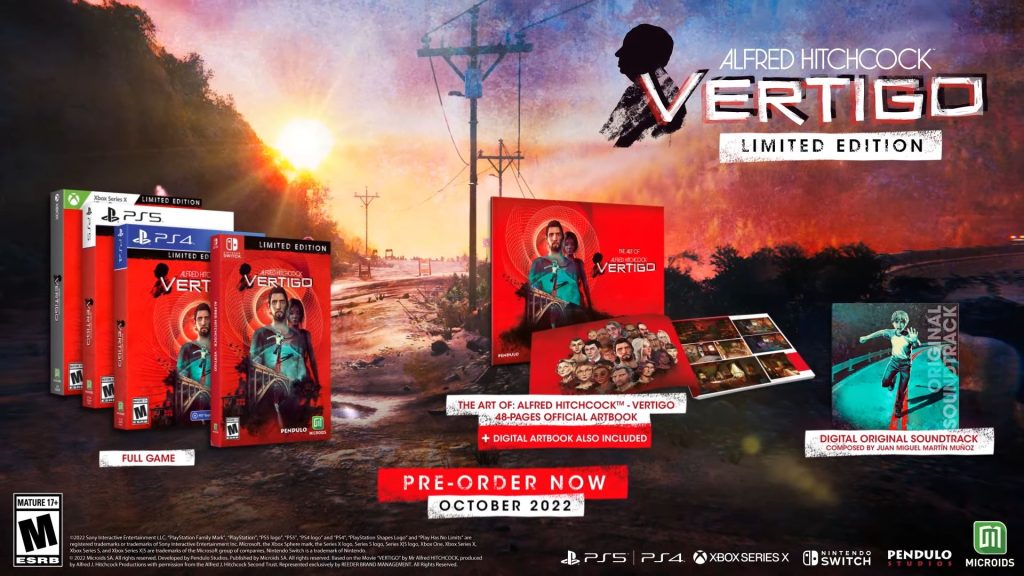 Narrative adventure title Alfred Hitchcock – Vertigo finally has a release date for consoles. It will launch on September 27th in Europe and October 4th in North America for PS5, Xbox Series X/S, PS5, Xbox One, and Nintendo Switch. Both physical and digital versions will be available.

For physical collectors, there is a physical Limited Edition which includes the Standard Edition of the game, The Art of: Alfred Hitchcock- Vertigo artbook (along with a digital version) and the digital soundtrack. The price has yet to be confirmed.

Currently available for PC, Alfred Hitchcock – Vertigo is “freely inspired” by the classic film Vertigo. The story sees writer Ed Miller undergoing therapy after a traumatic car crash. Despite traveling alone, Miller believes his wife and daughter were with him. What is the truth? You’ll need to play to find out.

The story plays from the perspective of three different characters, each with their take on events, and you’ll need to pour through different timelines to find out what is real. Along with the console release date, publisher Microids has also released a new accolades trailer. Check it out below.