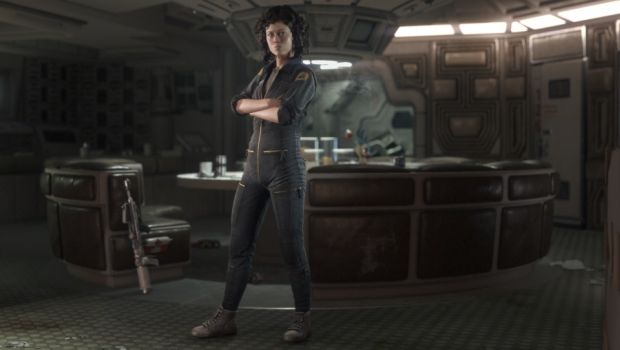 Want that authentic Alien experience when The Creative Assembly’s Alien: Isolation releases this October? You’ll get a chance to play as the original cast in certain levels, which includes Sigourney Weaver’s character Ripley if you pre-order now.

Other actors that will be making appearances include Tom Skerritt (Dallas), Veronica Cartwright (Lambert), Harry Dean Stanton (Brett), Yaphet Kotto (Parker) and Ian Holm (Ash). All these characters will be seen in two DLC missions based on the first movie. Pre-ordering the game will get you the Nostromo Edition while you can pre-order from “select retailers” for the Last Survivor missions that showcases Ripley’s last escape.

Alien: Isolation will release on October 7th for Xbox One, Xbox 360, PS3, PS4 and PC. It will be a first person survival horror title that focuses more on the psychological aspects of the original film’s horror rather than the action of the sequels. Will you be pre-ordering the game? Let us know below.