We celebrate those who stood in our way during our operations in Snake Eater.

We’ve heard you loud and clear- here at GamingBolt, we don’t talk about Metal Gear Solid quite enough on our lists. But can you really blame us for celebrating the series when the mind of Hideo Kojima has given our shared pastime some of the most memorable and unique boss fights and moments in the entire medium?

Metal Gear Solid 3 is a fan favourite, and Snake Eater still plays like a dream, So we’re HALO jumping into the thick of it to celebrate what’s frequently deemed the best of the entire series, and talking about the battles of a young Naked Snake during Operation Snake Eater. Because they deserve to be celebrated… and to get it out of our system. 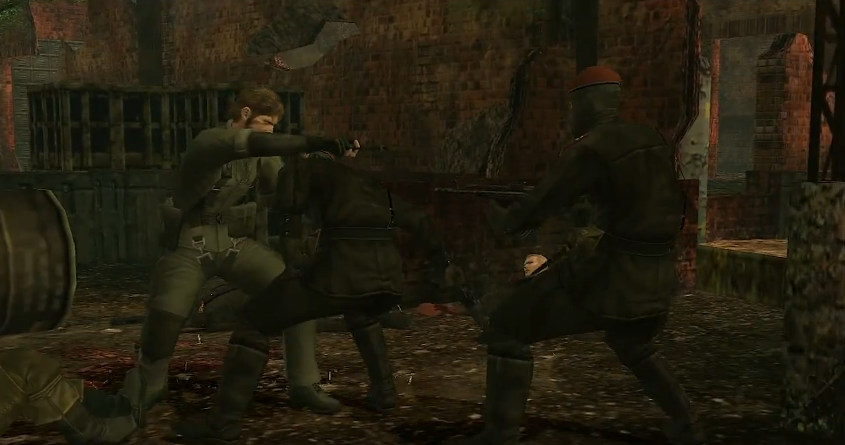 The many encounters of the Ocelot Unit

The unique and highly trained soldiers that report to Major Ocelot himself aren’t quite on the level of the rest of the bosses such as Volgin and the Cobra Unit, but to underestimate them is to invite disaster upon yourself. Whereas a typical KGB solider that you’ll see throughout the game might act more rashly and give Snake more openings, the highly trained special operatives will take more precautions, such as tossing grenades instead of charging in, and generally being more aware of their surroundings.

As part of how much detail there truly is in Metal Gear, Snake can encounter the squad twice beyond the initial encounter at the bombed out factory at Rassvet. Should Snake take the chance to kill The End early, he’ll instead contend with a full squadron of snipers from the unit. Even later than that, should Snake not remove a planted transmitter, they’ll track him down following the torture scene.