Amazon teams up with Sony. 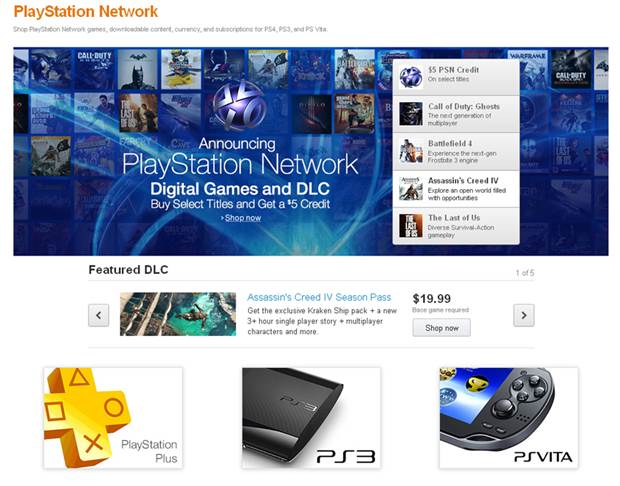 Earlier today Amazon revealed that they have officially opened a PlayStation Network store on their website, where gamers can go online and get all their PSN needs. Content such as Call of Duty: Ghosts, Battlefield 4, Assassin’s Creed 4 and more will all be available on Amazon. In total, over 100 games will be available through the Amazon PSN across PS3, PS4, and various DLCs.

Additionally, games and DLC will be released on the Amazon PSN on the same day as they are in stores and on the Sony PSN. In celebration of this partnership, Sony and Amazon are offering a free $5 credit to anyone who buys select OS3 games through the Amazon PSN store for a limited time. So hurry over!

This news isn’t much as a surprise, as rumors concerning a partnership between Sony and Amazon have flooded the gamer sphere for some time. But now it seems that the relationship is official – at the end of the day, all it really means is that getting games is that more convenient. I’m certainly not complaining.