Everything you need to know about the upcoming AMD Ryzen 5000 series desktop processors.

AMD recently announced its upcoming Ryzen 5000 CPU lineup. Leveraging the new Zen 3 architecture and built on an enhanced 7nm process node, Ryzen 5000 looks like the most competitive CPU silicon AMD’s delivered in over a decade. Initial performance estimates indicate that Ryzen 5000 parts will outperform their Comet Lake S counterparts in gaming workloads, a remarkable state of affairs considering how far AMD’s lagged in gaming performance since the Bulldozer era. We’ve put together a list of 15 need to know facts you’ll want to check out before making a Ryzen 5000 purchase decision. Let’s dive in!

AMD’s Ryzen 5000 CPUs are the 4th Generation processors in the Zen family powered by the Zen 3 architecture and TSMC’s 7nm process node. Don’t let the naming scheme fool you into thinking that it’s the 5th generation or otherwise. This has been done to bring the APU and CPU nomenclature on par with each other. For example, with Renoir (Ryzen 4000 APUs), the core architecture was the same as the Ryzen 3000 CPUs AKA Zen.

Zen 3 is a brand-new core architecture, not an iterative improvement

Zen 3 is a brand new core architecture, unlike Zen+ that was a node shrink, rather than a new design. While we’re still short on the exact details, the primary changes include a faster load-store engine (probably  2 loads and 2 stores per cycle). The branch prediction has also been improved. We’re looking at a revamped version of the HP predictor. TAGE should largely be unchanged. The front-end and op-cache have also seen improvements, with the former likely allowing for a 5-way decode instead of the traditional four-way. 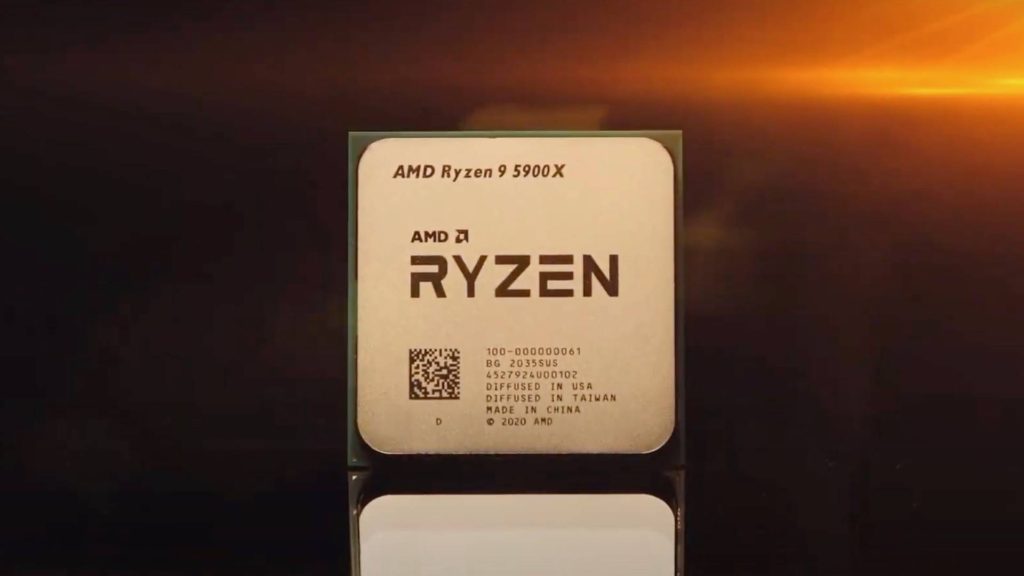 The Ryzen 5000 CPUs are based on the same N7 node as Ryzen 3000XT CPUs. It’s more mature than the one used in the vanilla Zen 2 chips and closer to the N7P node that is the successor to N7. The primary benefits include better boost clock residency, longer boost times, and potent overclocking capabilities. Yes, the PS5 and XSX chips are also based on the same process.

You’ll need a third-party cooler for the Ryzen 5000 CPUs. Although the lower-end Ryzen 5 5600X does come with a wraith stealth cooler, we recommend getting an aftermarket heatsink either way. Looking at how hot the XT CPUs ran, you’ll be losing out on a fair bit of extra performance if you don’t. For the higher-end Ryzen 9 3900X (and arguably, even the Ryzen 7 5800X), a 240mm or 360mm AIO cooler will go a long way towards keeping temps in check and ensuring consistent boost clocks.

The Ryzen 5000 CPUs will likely be the last mainstream Ryzen CPUs that will support the 400 series motherboards, and the AM4 socket as well. There’s a chance that we’ll see a refresh that comes with support for the 500 series chipsets, but this will be the last test for the dated 400 series boards.

There are no 65W Ryzen 5000 SKUs on the market yet, but they may arrive soon. 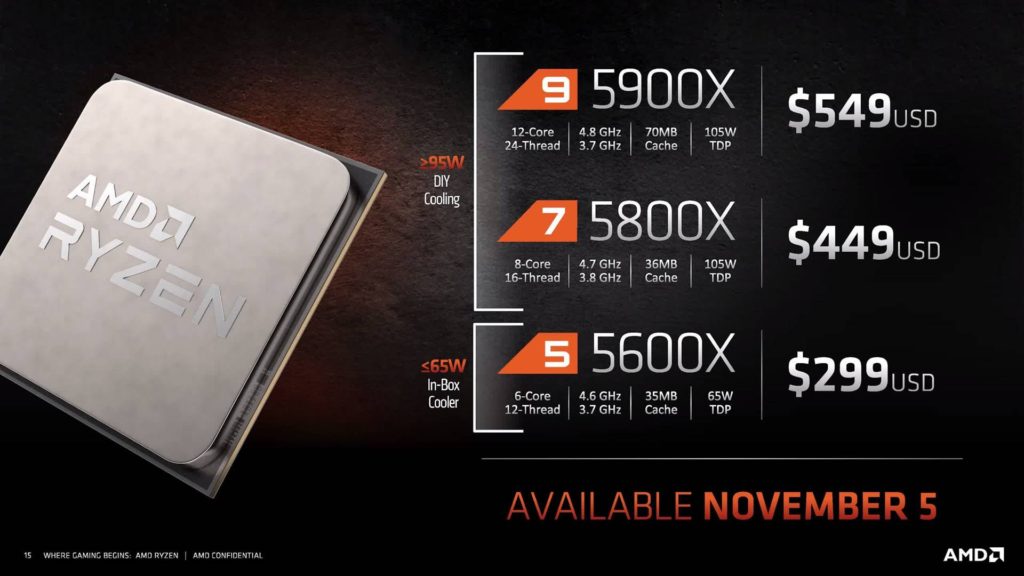 There are no 65W Ryzen 5 5600and Ryzen 7 5700X SKUs just yet, but we’ll most likely see them as Intel launches the Rocket Lake-S processors later next year. At the moment, TSMC’s 7nm capacity is highly constrained with all major clients drinking from the same well. The debut of the new consoles in the same season using the same process node further adds pressure to it. This might have a knock-on effect on Ryzen 5000 availability. But for the time being, we think AMD might manage any TSMC supply issues by sticking to the lower-volume high-end CPU market, at least for a couple months. On the flip side, this means that you might have to wait sometime to get hold of any upcoming Ryzen 5000 price-performance champions. In the meantime, parts like the 16-core Ryzen 9 5950X offer unparalleled multi-threaded performance together with class-leading gaming chops.

Gaming performance: As far as the gaming performance is concerned, we’re looking at a hefty 20-30% boost compared to the preceding Zen 2 chips and an approximate 5-7% gain against the Intel 10th Gen lineup. This gain comes from two main areas: Improved latency due to a unified L3 cache structure and higher boost clocks and residency.

Prosumers should see a big boost in productivity use cases 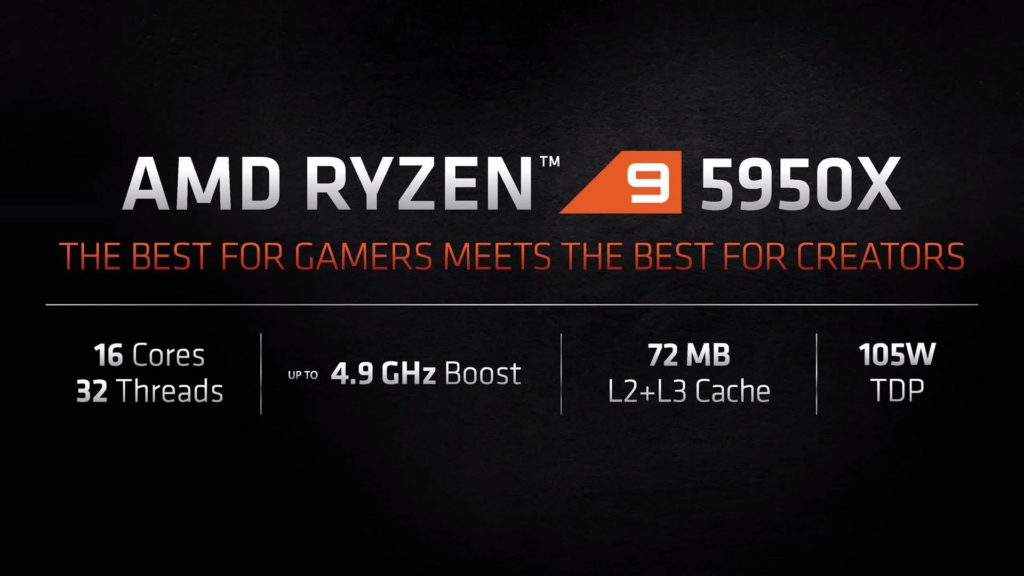 In content creation workloads in general, we’re seeing a gain of anywhere between 15% to 50%. Applications like Cinebench and Blender will see a smaller improvement as the core counts are the same but applications like POV are going to see massive uplifts, somewhere in the 50-60% range. The boost to synthetic performance isn’t very relevant to gamers. However, prosumers who are looking at a solution that delivers in other areas like video editing fill find a lot to like in the Ryzen 5000 lineup.

As far as the IPC goes, AMD is promising a 19% increase in the number of instructions per clock. IPC refers to the throughput between the single-core performance of different architectures at the same clock speeds. So basically, on average, the Ryzen 5000 chips will be 15-20% faster at the same frequency. Add in the ramped-up frequencies and you get an uplift of 20-30% on average. Boost clocks still haven’t cleared the 5 GHz point (thought the Ryzen 9 5950X gets very close). However, substantial IPC increases should be enough for Ryzen 5000 to take on Comet Lake S with ease.

The most obvious change in the MCM design is the inclusion of 8-core chiplets instead of a pair of quad-core CCXs in each CCD. This means that every core will be directly connected to seven other cores instead of four as was the case with Zen 2. Furthermore, the large amount of shared L3 cache means that each core will have access to a much larger high-level cache than earlier. This should alleviate issues arising from latency. It’ll be interesting to see how Infinity Fabric clocks scale this generation, however. 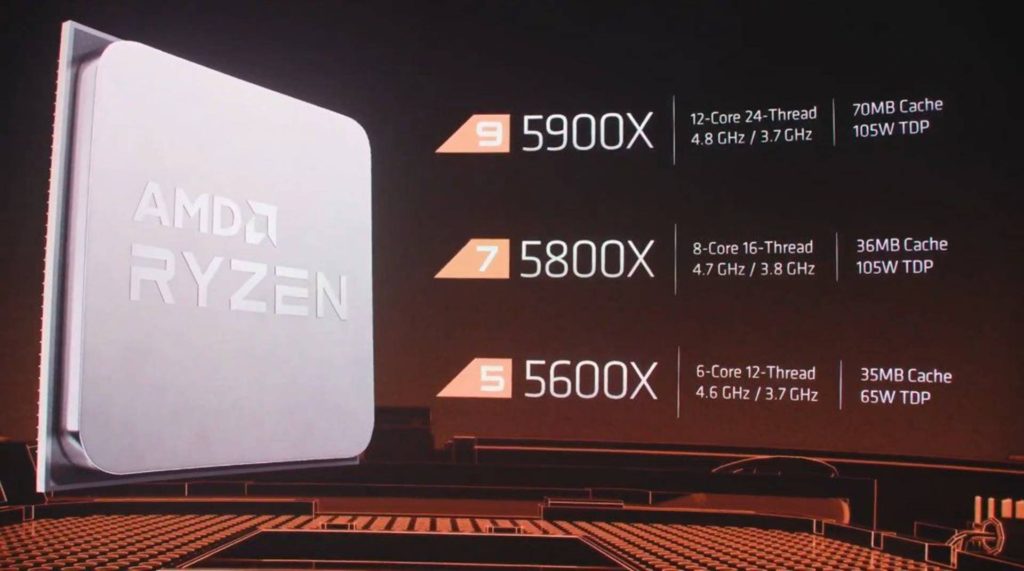 In terms of power efficiency, the Ryzen 5000 CPUs offer 40% more performance per watt compared to Ryzen 4000, and are nearly 3x as power efficiency compared to the rival Intel flagship, the Core i9-10900K. This is the result of a tighter cache configuration, a more mature node, and fine-tuned ACPI profiles.

Ryzen 5000 processors will cost more than their predecessors

The Ryzen 5000 processors are roughly $50 more expensive than their predecessors but considering the massive performance uplift and the lack of competition from Intel, it’s hardly surprising. They are still cheaper or on par with the rival Comet Lake-S processors from Intel. Also, it’s important to note here that roadmaps indicate Intel’s upcoming Rocket Lake S architecture will only launch next year, meaning that Ryzen 5000 will remain the performance leader for several months at a minimum. Despite higher clock frequencies and significantly improved IPC, TDP remains more or less the same as with the Ryzen 3000 lineup: the Ryzen 9 5900X, for instance, is rated at just 105W. 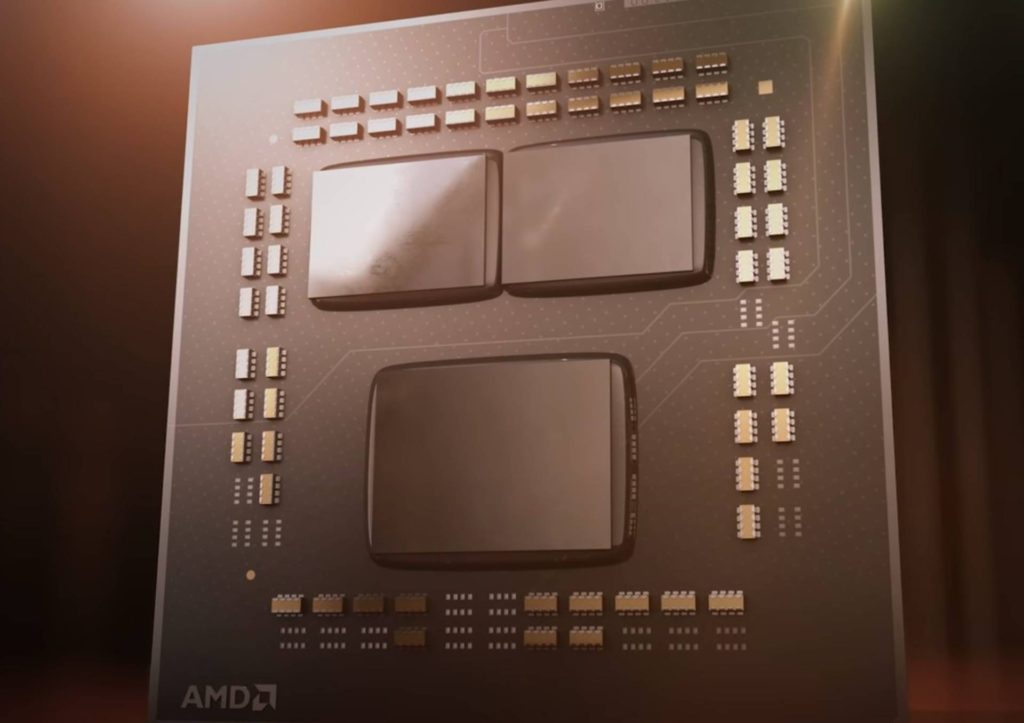 As far as availability is concerned, the Ryzen 5000 CPUs should be available worldwide on the 5th of November. Seeing as what happened with the RTX 3080 and the PS5 and XSX consoles, there’s a good chance that stocks will be emptied out in minutes, but it shouldn’t take AMD long to restock as these chips are based on a tried and tested node, unlike Samsung’s 8nm process. AMD was also vocal on social media channels about having hard launches, in contrast to the GeForce RTX 3080 debacle. While launch-day availability is never a given, we expect Ryzen 5000 parts to at least be in stock for more than 10 seconds.

Older motherboards will also get updated, but in a couple months

As for the older B450 and X470 boards, AMD will launch a beta BIOS in January next year. Users will need to prove that they own a Ryzen 5000 chip before they can receive the update. Furthermore, this will be a one-way update, meaning once you update your board, you’ll lose support for some of the older Ryzen lineups, most notably APUs. Also keep in mind that, while older AM4 boards support Ryzen 5000 (and Big Navi), you’ll lose out on some forward-facing features like PCIe 4.0, which could limit your possibilities in terms of storage and I/O speed.

Are you considering buying an AMD Ryzen 5000 CPU or are you going to wait until Rocket Lake S hits the market? Or, since the Xbox Series X and PlayStation 5 both leverage the older Zen 2 architecture, are you looking to sit out this CPU upgrade cycle entirely? Let us know!