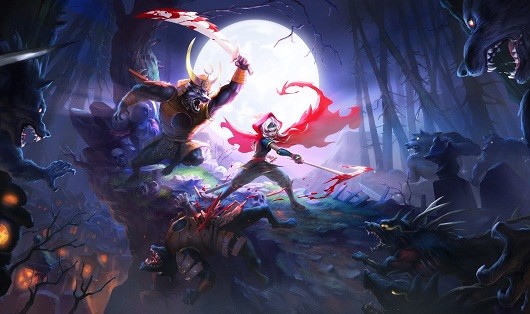 It’s been a while since we heard from famed creator of Alice, American McGee. Well, his Shanghai-based studio Spicy Horse has been busy working on Akaneiro: Demon Hunters, a free to play action RPG and though the majority of the project is finished (with a closed beta that had begun in November 2012 and an open beta scheduled for this month), a good amount of resources are needed for that final level of polish.

To that end, the company has turned to Kickstarter.

“Because the project is in an advanced development state, the bulk of the risk has been overcome already. Bringing a faithful version to tablets will present some challenges, but with support from technology partners like Nvidia, we expect to clear those without too much pain. The remaining effort will be focused on content development and delivery of well-understood features. That being the case, we feel the overall risks are quite low.”

On their Steam Greenlight page, where the title ranks as number 3, the company states, “We’ve come a long way with a relatively small (but passionate) team. Unfortunately, we’ve reached the limit of what our resources allow, but the game has not reached the limits of awesome we’re determined to hit. We want to be able to commit the time and team members we need to add vital missing features and apply proper polish.”