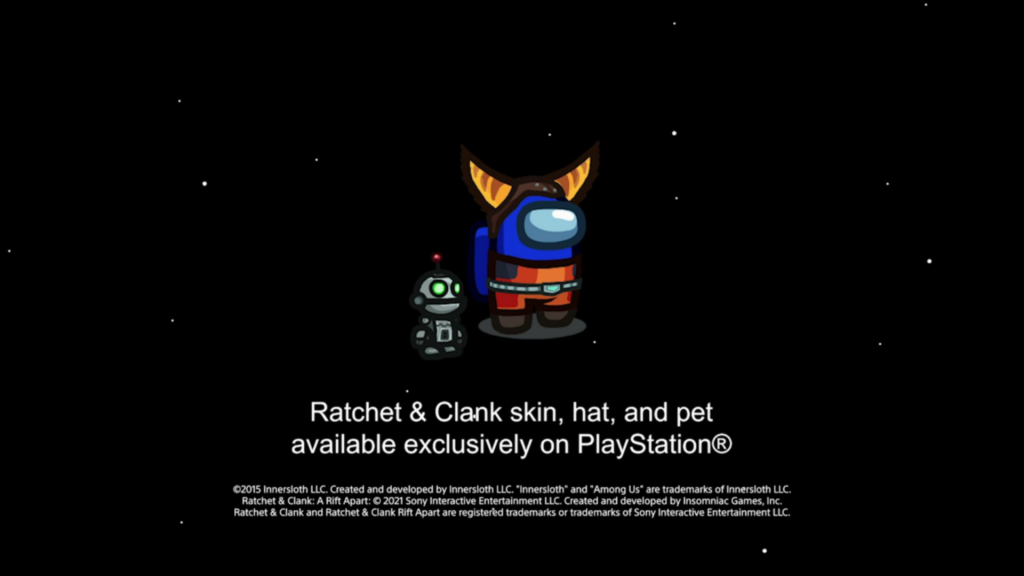 Today’s State of Play was set to focus mostly on Ratchet and Clank: Rift Apart, but we got a couple of surprises, too. One was an appearance by Among Us developer Innersloth, who showed up to announce that their hit game would be coming to the PS4 and PS5 later this year. They did not provide a specific release date. Innersloth also announced that they had partnered with Insomniac Games to bring a Ratchet and Clank-themed costume exclusively to PlayStation consoles. The costume includes a skin, hat, and Clank pet.

It’s been a busy time for Among Us. Since the game blew up last year thanks to streamers and word of mouth, Innersloth has been hard at work updating it. The game recently got a new map, Airship, which is the largest and most elaborate to date. Innersloth is also working on revamping the game’s art style and upgrading its lobbies.

Among Us is out now on PC, Switch, and compatible iOS and Android mobile devices. Innersloth also recently announced that the game would be coming to Xbox consoles in 2021, though no official date has been set.

You can check out the announcement below: