Among Us VR has announced a major milestone. The game has now shipped over a million units worldwide across all available VR headsets.

Among Us News Teased for The Game Awards

Innersloth is teasing an "Emergency Meeting" for the show's opening act, which is scheduled for 4:30 PM PT on December 8th.

Among Us VR now finally has a release date. Coming to Meta Quest store, Rift store, and Steam, Among Us VR is set for a November 10 release and is available for pre-order.

Among Us Developer Shares 2022 Roadmap

Developer Innersloth recently shared more information regarding their multiplayer game Among Us, including what they have planned for 2022.

Meanwhile, the physical releases of Among Us and GTA: The Trilogy - The Definitive Edition both debut in the top 10 as well. 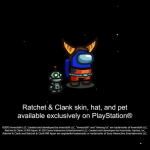 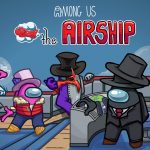