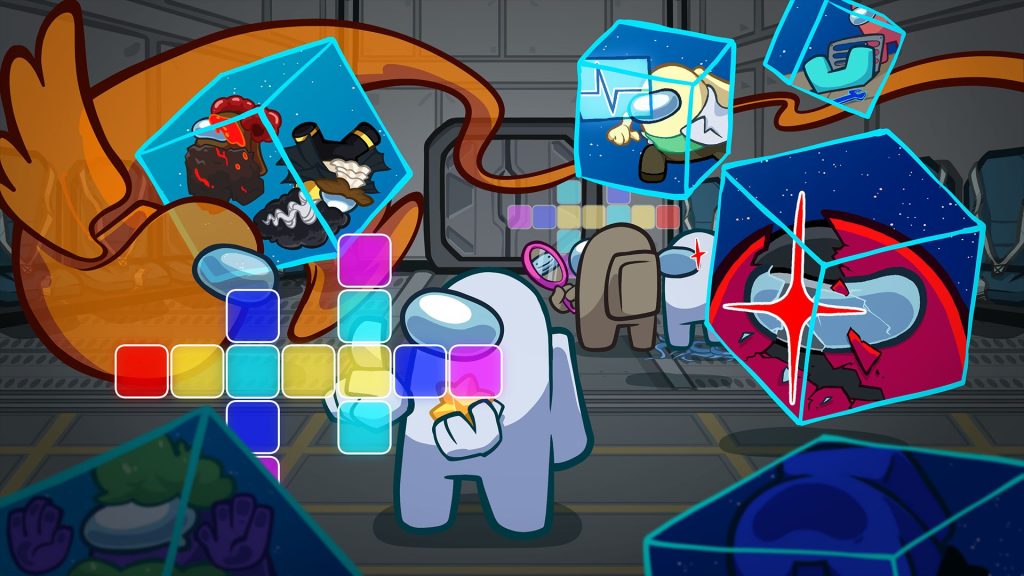 Innersloth has a big new update available for Among Us, adding new gameplay features like Roles and tons of cosmetics via Cosmicubes. The new Roles mix up the current gameplay significantly. There’s the Scientist who can check vitals at any time (but has limited charge for the same); Engineer, who can use vents; Guardian Angel, which throws a shield around survivors to protect them from kills; and Shapeshifter which allows for disguising as another Crewmate.

The Cosmicubes add new character customization options like name plates, visor cosmetics, more pets, hats and skins. It’s essentially a branching progression system which rewards new cosmetics based on actions completed (which award Pods). Along with paid and free versions (purchased with Stars and Beans respectively), there will also be more premium sets for items with themes.

There’s also a new XP system which grants multiplier bonuses for Beans and Pods whenever the player levels up. Account Linking and Achievements have also been added while controls have been updated to shift actions like Vent, Sabotage or Special Actions to different keys instead of the main action button.

Among Us is currently available for PC, iOS, Android, and Nintendo Switch, with Xbox and PlayStation versions out on December 14th.