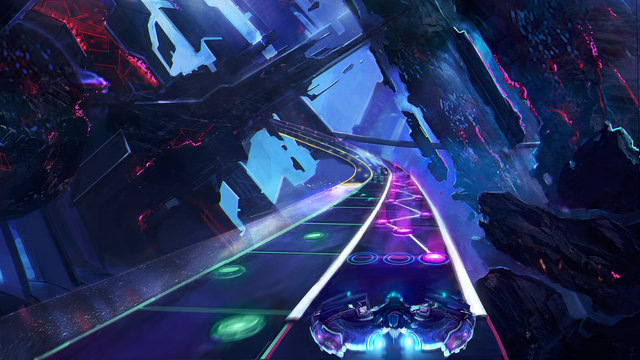 Harmonix, who have been diligently working at bringing back Amplitude, their first hit from the early PS2 era, to the PS3 and PS4- they had a full Kickstarter for it, that managed to get the required funding and everything. The game was originally due out in March, but it appears it has been delayed slightly, and will now be releasing in the summer instead.

“This is our first time working on PlayStation 4, and it’s been a big learning experience for the team,” the developer said on Kickstarter. “We’ve put a lot of work into our proprietary engine to support some of the new, awesome content we’re bringing to the reboot. These factors combined have bumped production out a few additional months.

“With Amplitude and our promise of open development, you’ve given us the opportunity to create the game we want to make and, more importantly, make the game that you want,” the post continued. “In order to meet that goal, we don’t want to cut any corners, and we want to stay true to our vision and deliver the best Amplitude experience possible.”

Okay, see, that last part makes it all okay, as far as I am concerned.

Take your time, guys, and make it the best game possible.