An Inside Look Into ‘Goodbye Deponia’: The Story of Rufus And The Junk

Get a exclusive look in to the development process behind ‘Goodbye Deponia’.

We are Daedalic Entertainment, an indie-games developer and publisher from Hamburg, Germany. We not only publish renowned games of international partners here on the German market, we also develop our own games.

And that we do pretty successfully.

Our passion are good old point & click adventures with sophisticated characters and a good chunk of humor.

But all generic talk and self-adulation aside: We simply love to create games offside the mainstream, setting great value on unusual settings and an awesome storyline.

We just recently announced the release date for the grand finale of our ‘Deponia’-series, ‘Goodbye Deponia’.

What is that? You never heard of this series?

Well, then take some time and check out our unbelievably exciting developer’s diary, so you’ll learn everything worthwhile about these games.

The ‘Deponia’-series’ first installment hit the shelves no later than spring 2012. Why we already upped the ante with the second part, ‘Chaos on Deponia’,  6 months later, is probably best explained by the man and creative genius himself, Jan Müller-Michaelis aka Poki: 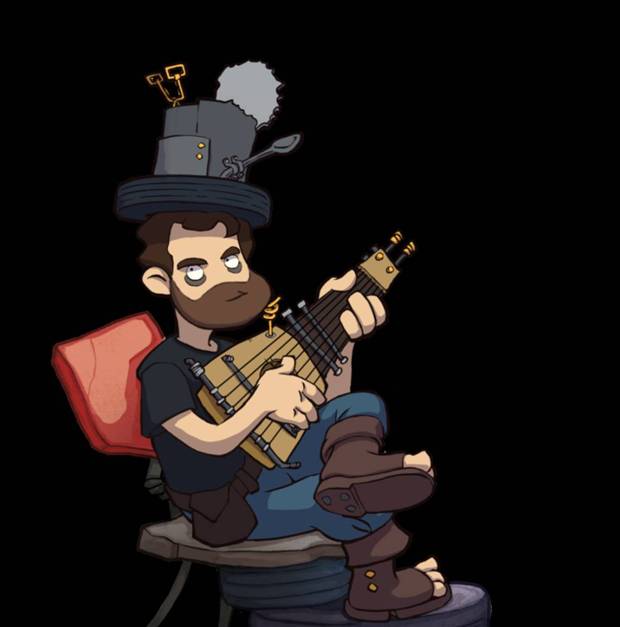 „In the beginning Deponia was planned as only one game. Therefore the idea for the second part already came up while working on the main idea. Actually there were even two different sparks that preceded the idea around the world Deponia:

First, I wanted to make an adventure, settled in a so far unused scenario, which is at least as funny as more obvious settings.  A planet made of trash seemed to me an ideal adventure playground for  point & click friends.

The second thought was to make a game, dealing with the untidiness of life. Every one of us has goals which are so far away that they appear unrealistic at first glance. The more fantastic and unreachable these goals are the more one has to step out of the old sphere of action. But this can only happen at the expense of current living conditions. From the outside one seems egocentric when refusing to settle down in the here and now over a long period of time. Occasionally the whole world appears like a giant building lot, improvisationally patched together of things that actually should have been disposed.  This is the theme of Deponia. Rufus’ flirt with pipe dreams, namely the city in the sky “Elysium”, is reflected in his feelings for the character “Goal”.”

This should give you a fairly good impression what the ‘Deponia’-series is all about.

The stuff Hollywood tearjerkers are made of…at least, that’s what one would think!

‘Cause who would have the brilliant idea of throwing in a rag tag anti-hero on a trash-planet?

Rufus , as you might reckon, grows weary of all the junk and yearns for a better place: Elysium. The hovering city and the only way out of the stench and trash.

As a literally gift of heaven, the beautiful Goal falls from exactly this hovering city onto a nearby scrap heap.

Rufus, as the selfish bastard he is, seizes this chance to reach Elysium through Goal. But it would be way too nice if both of them just ride hand in hand into the sunset…or rather, up to Elysium.

Since Rufus falls head over feet in love with Goal. However, Goal is betrothed to Cletus, who bears a striking resemblance to Rufus.

All this is just asking for chaos. And thus, quite fittingly, the second installment has been named ‘Chaos on Deponia’. 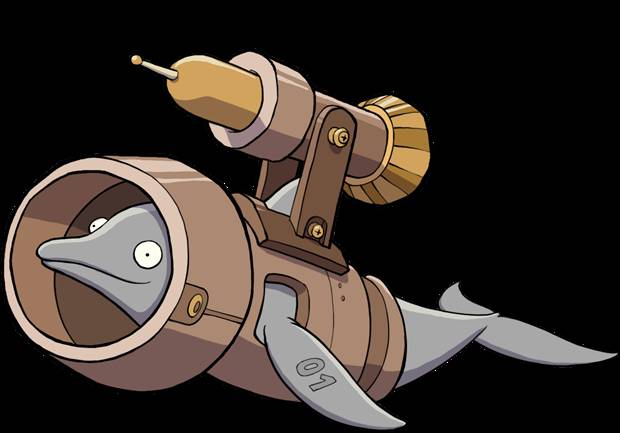 Regarding the plot, I could give you another nice summary or I just throw in some keywords like: flaming saw blades, torpedo dolphins and platypuses…Or you just take a look for yourself, how Rufus not only tries to win Goals heart an finally leave Deponia, but also tries to save his home world he seems to despise so much from certain destruction.

But of course you need all kinds of people to weave such a complex story with all its puzzles. Apart from all the illustrators animators, our scripters are also really important, since they manage to tie everything together nicely in the end.

Who knows what we have in store for the grand finale ‘Goodbye Deponia’?

Getting curious already? Then take a look at our games.