An Interview With Housemarque: Discussing Nex Machina and Matterfall

The famous shoot ’em up developer shares thoughts on its two recent titles.

Housemarque has made quite the name for itself over the years. After titles like Super Stardust, Outland and Dead Nation, the developer made a huge impact when RESOGUN launched for the PlayStation 4 in 2013. Since then, Housemarque has been delivering stellar titles like Dead Nation: Apocalypse Edition, Alienation and now Nex Machina and Matterfall. Both games are fairly differently – Nex Machina imbibes more of a Robotron feel with its overhead shooting (and having Robotron creator Eugene Jarvis as creative consultant). Matterfall, meanwhile, is more about platforming and shooting a la Mega Man.

With both games being available, we spoke to Mikael Haveri, Head of Publishing at Housemarque about their thoughts on the development process. 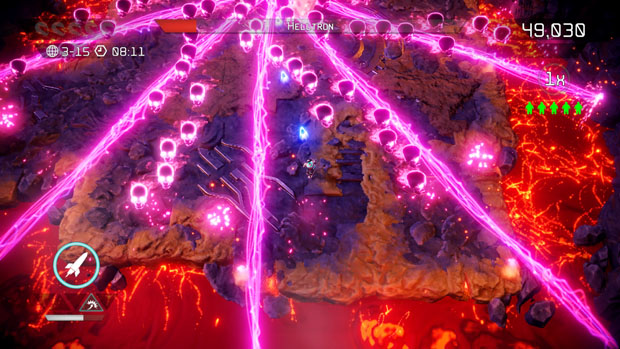 "We settled on Robotron as a fundamental influence quite early, but it wasn’t where we started off."

Nex Machina has garnered a huge amount of critical acclaim since release. What are your thoughts on the game’s success thus far?

Great reviews are always letting you know that you did do things right and all is not for naught. It does warm the heart. We are seeing a lot of good players enjoy the game everyday, maybe next we need to think if we can reach wider audiences also.

What was it like having Eugene Jarvis as creative consultant? How did he help shape the overall game?

He is an insane genius of a man, just a pleasure to be around. He has had a huge impact on our titles over the years, so now that we got to just work with him felt like the circle was closing. It was more about us showing him the things we’ve learned and how we took things forward, rather than us as a tag team trying to take on the world.

Was there any concern that Nex Machina would be too much like Robotron 2084 and not have its own identity?

Never. We settled on Robotron as a fundamental influence quite early, but it wasn’t where we started off. There was a lot of deliberation about different genres even, but this just felt the most natural.

How has progress been from players when it comes to discovering the secrets? Are there any particular secrets they’ve yet to discover?

There are so many secrets in the game that it’s hard to say if all have been discovered. Likely yes, by a group of gamer, but maybe not by a single player. The reason being that our secrets are actually very essential to getting better in the game, so they are meant to be found. No use in making it almost impossible to unlock a path to a level as then who would use it on their highscore runs, right? 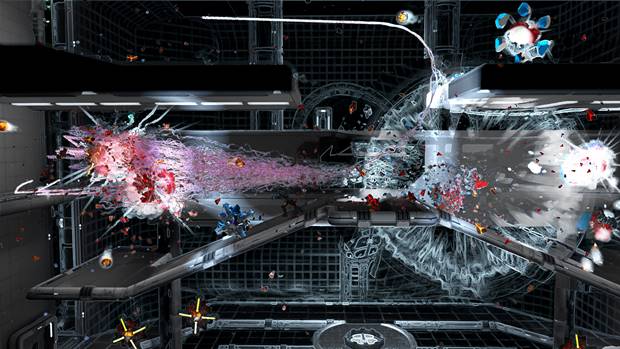 "We are glad to have the luxury of working on a title until it is done, but rarely do we extend that luxury to wait until the market is ready for it."

What can you tell us about the boss design, especially with how each boss operates differently?

All the bosses have clear inspirations from either the classics or some of our of catalogue. In the end, variety in design is what makes a boss fight, it gives them personality and makes the player want to conquer them with new tactics. We tried to put our best effort forward and there will be some pretty awesome moments for those who will have the patience to learn all of them.

How does Matterfall differ in comparison to some of your other titles?

It’s somewhat closest to Outland due to the camera perspective and in other ways closest to Nex Machina. It’s a lot of fun. If you liked Gunstar Heroes, Turrican and even Mega Man, then you’ll appreciate what we did with Matterfall.

Is there a reason you released two of your biggest games so close to each other? Nex Machina came out recently and was a critical success. Why not wait a bit for Matterfall?

There really isn’t a magic formula for releasing titles for a company that’s our size. We are glad to have the luxury of working on a title until it is done, but rarely do we extend that luxury to wait until the market is ready for it.

What post-launch updates can we expect for the game? Will you consider paid DLC in the future?

We have nothing to announce at this point. 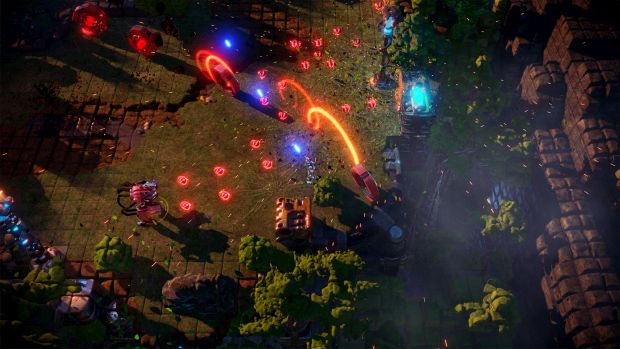 "We’ve done two pretty big Snowboarding games and many others, so I’m sure we’ve thought of all kinds of things."

Will there be online co-op at some point in the future?

We have nothing to announce at this point.

Housemarque has been renowned for its shooters for years now. Have you ever thought about branching off into other genres?

We’ve done two pretty big Snowboarding games and many others, so I’m sure we’ve thought of all kinds of things.

Is Matterfall running at native 4K and 60fps at all times on the PS4 Pro?

What is the resolution and fps on the base PS4?