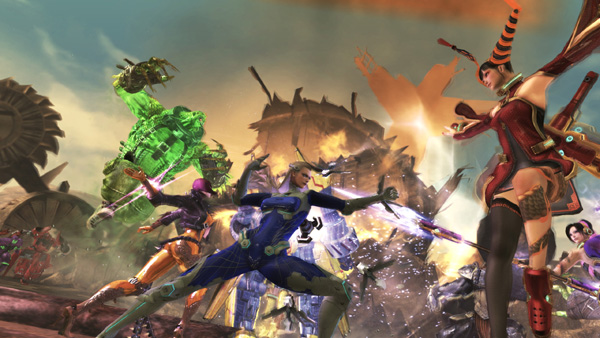 Featuring a myriad of characters, both newcomers and from established franchises like Madworld and Bayonetta, Anarch Reigns is Platinum Games’ next venture into full-on beat-em-up madness, for both single players and online cadres. The company recently announced that it will be releasing the game for Western audiences in early 2013 for XBox 360 and Playstation 3. The online component is the most intriguing as up to 16 players can take part in an all-out battle royale, team up for fighting off hordes of enemies within Survival or even engage in a few rounds of Deathball.

Atsushi Inaba, Executive Director/Producer at Platinum Games said that, “Focusing on online play with Anarchy Reigns presented a new challenge for us here at PlatinumGames. Very few games fall under its genre of a melee-based online multiplayer brawler, so I think we’ve been able to supply a new kind of excitement that you can’t find anywhere else. While some time has passed since its Japan release, I look forward to having gamers in North American and Europe enjoy the Anarchy.”