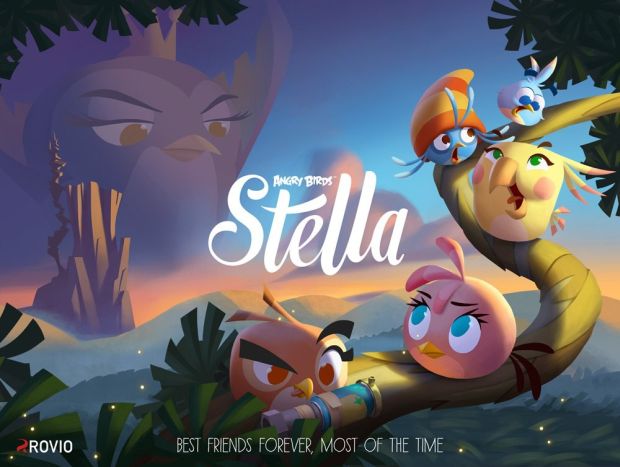 Rovio has taken the veil of its next entry in the Angry Birds franchise: Angry Birds Stella. Check out the first artwork for the game above.

Angry Birds Stella revolves a pink Bird named Stella who is on a quest. She’ll be traveling in a new environment and fighting off enemies with five new companions, each a new Angry Bird type that hasn’t been seen before. Like other entries in the series, Stella will also have a cartoon and corresponding merchandise.

Angry Birds Stella seems to be a brand new side of the universe, one which seemingly reminds us of Snow White (maybe it’s the Maleficient-esque bird shadowing our heroines?). Nonetheless, it definitely looks to be something new and unique, which the franchise could use right now. It releases in the Autumn with platforms to be confirmed in the coming months. So stay tuned for more details and let us know what you think in the comments.