Animal Crossing: New Horizons Wiki – Everything You Need To Know About The Game

Everything you need to know about Animal Crossing: New Horizons.

Animal Crossing: New Horizons is a simulation sandbox game developed and published by Nintendo. It is the fifth mainline title in the Animal Crossing series.

Nintendo first announced during their Direct presentation in September 2018 that they were working on a new Animal Crossing game for the Nintendo Switch, and that it would come out at an unspecified time in 2019.

At E3 2019, Nintendo formally unveiled the game as Animal Crossing: New Horizons with an announce trailer, also confirming that it had been delayed from its original 2019 release date, and would now launch on March 20, 2020. Nintendo of America president Doug Bowser said that the game had been delayed to avoid crunch, and to ensure that members of the development team could maintain a “good work-life balance.” Nintendo later also said that the game was delayed to ensure that it maintained a high bar of quality, and wasn’t a product that was rushed out.

In January 2020, Nintendo also announced an Animal Crossing-themed special edition Nintendo Switch that would launch alongside the game, and would be priced at $299.

It was also confirmed in January that Animal Crossing: New Horizons would not allow data transfer between different Switch consoles. Coupled with the game not supporting cloud saving, this caused some controversy among fans and audiences. Nintendo said in response that they were considering save backups being added to the game in the future, but that the feature would not be in the game at launch. 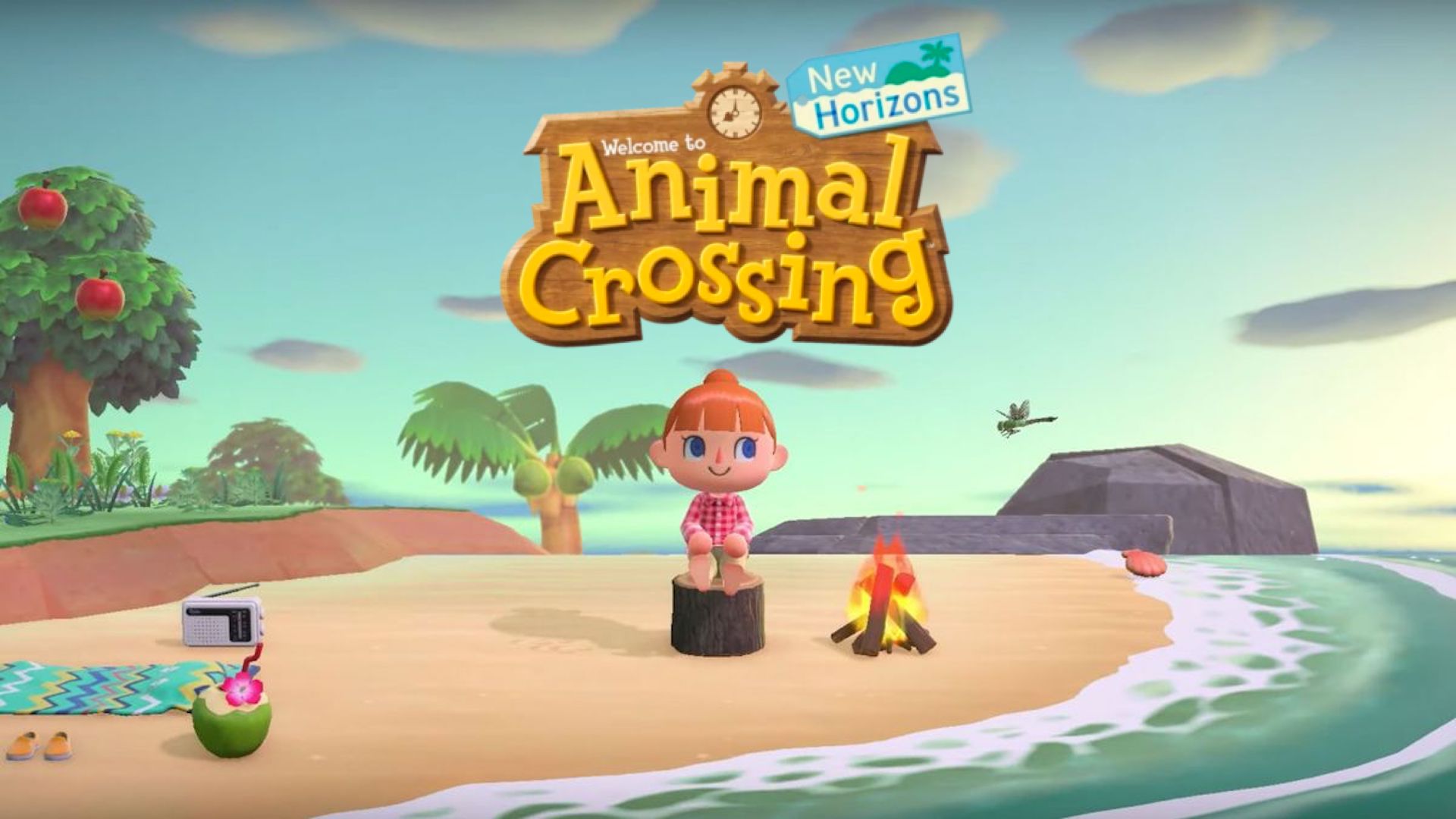 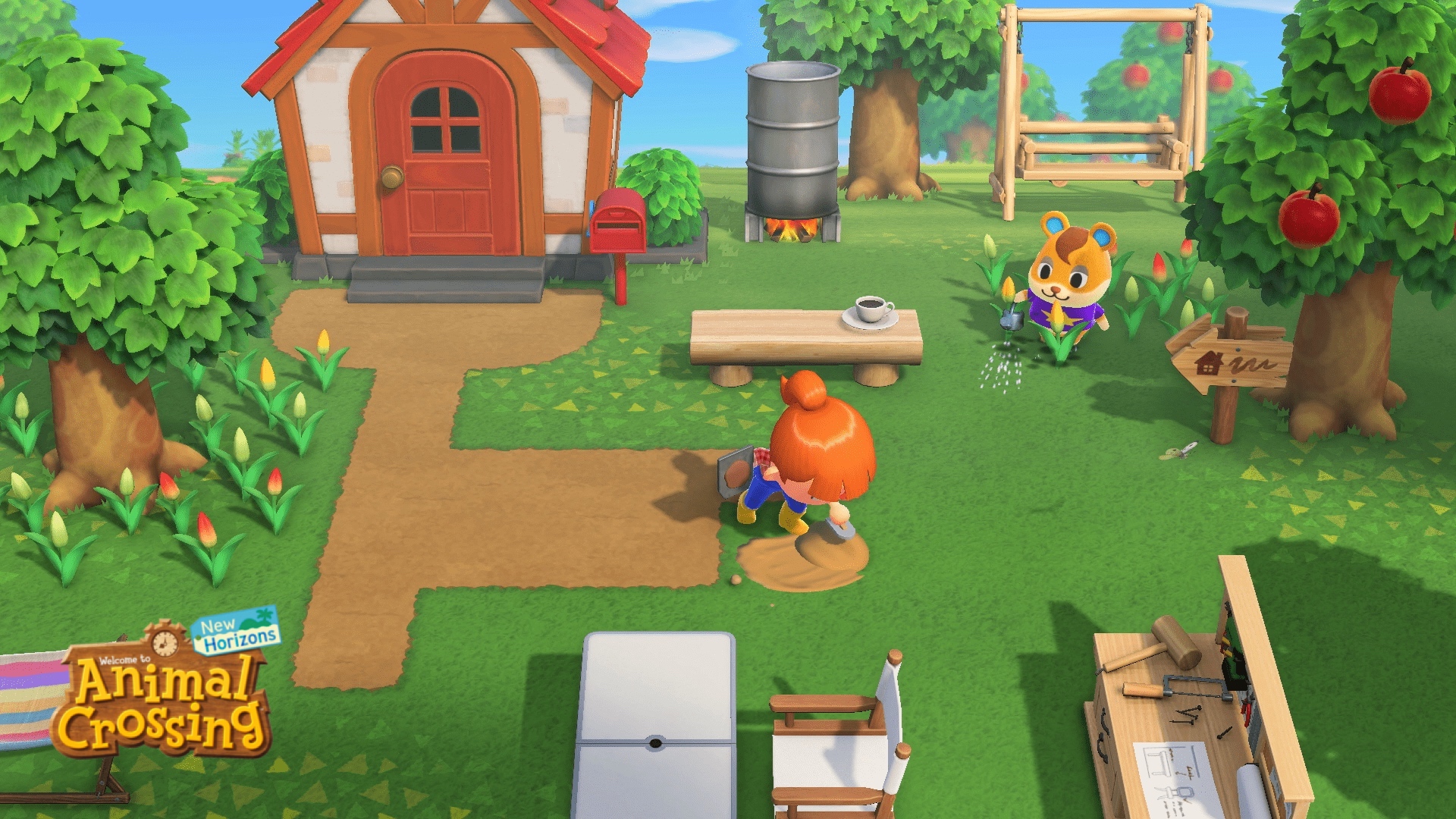 Similar to its predecessors, Animal Crossing: New Horizons is an open-ended, non-linear simulation game. It is set on a deserted island, and for the first time in the series, players start from scratch, instead of arriving in an already set-up town. As the game begins, players only have a tent, a camp bed, and a lamp, and are accompanied by a couple of other villagers, who also arrived at the island thanks to the Nook Inc. Deserted Island Getaway Package. As the game progresses, players must build up their own life and a community with other villagers on the island.

Character customization returns, and this time also allows players to select the skin of their character. This feature was first introduced in the spinoff Animal Crossing: Happy Home Designer, but this is the first time it is featured in a mainline Animal Crossing title.

Animal Crossing: New Horizons introduces several new major gameplay mechanics. The first of these is crafting. Similar to the mobile title Animal Crossing: Pocket Camp, New Horizons allows players to collect materials gathered in the world, such as softwood, hardwood, rocks, and more, to craft new items, furniture, clothes, and other items that can be used to further build up and colonize the island.

These can be crafted at Tom Nook’s crafting station. Meanwhile, players can also sell unwanted items found on the island, such as weeds, to Tom Nook for additional bells. Recipes from crafting can be acquired through various means, such as by discovering new items on the island or talking to fellow villagers. Recipes can also be directly purchased from the store.

Another major new mechanic introduced is Nook Miles. Nook Miles are an in-game currency in Animal Crossing: New Horizons, which are earned by doing various tasks and completing various objectives, lending a greater sense of progression to the game. Nook Miles can be used to purchase premium items.

Players also have a Nook Phone in Animal Crossing: New Horizons. The Nook Phone stores all recipes for crafting that players have unlocked, while it is also the hub for Nook Miles. The phone also has various other apps, such as a map of the island. Another one of these apps is a camera, which can be used to snap photographs. Photographs can be edited with different filters, or different facial expressions.

Various other improvements have been made to the gameplay. For instance, players can now dictate where other animals and villagers will set up their homes, a first for the series. Furniture can also be set up in the outdoors, and trees can be uprooted and replanted in different locations. Players can also use poled to vault over rivers. The game’s weather mechanics also adjust to match the player’s real world location, based on whether they’re in the Southern Hemisphere or the Northern Hemisphere. Windy weather is a new weather pattern introduced in the game.

Animal Crossing: New Horizons also features co-op and online multiplayer. Upto four players can occupy a single island on a single Switch console in local co-op, while a total of eight players can play on the same island through online multiplayer. However, the game only allows one single island (or one save) per a single Switch console, regardless of how many Switch accounts there are on the console. 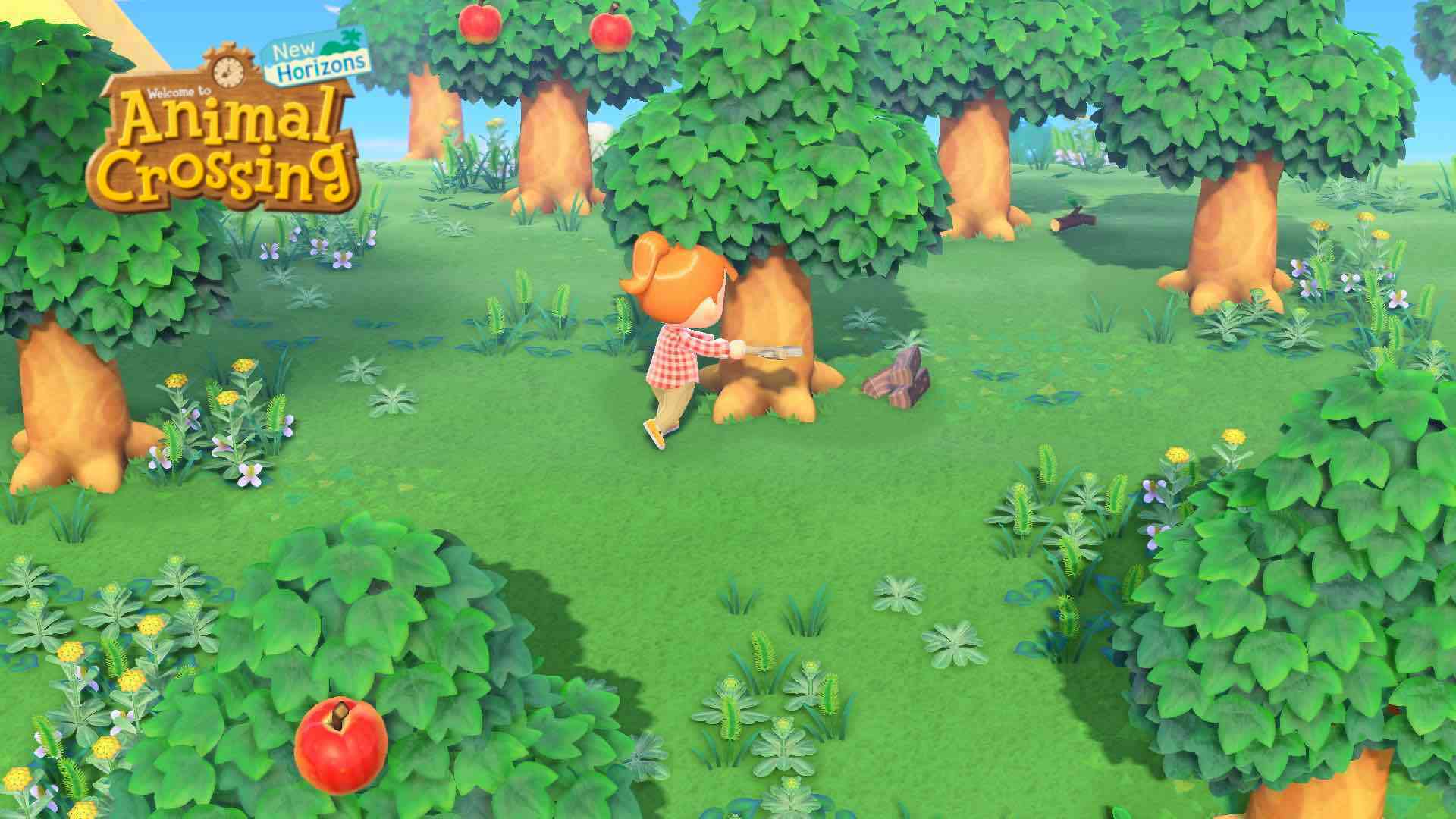 Animal Crossing: New Horizons features autosaving, a first for the series. This means that Mr. Resetti’s role has been changed. Though he is still featured in the game, he is involved in a different capacity. Additionally, the game does not support cloud saves, though it is compatible with amiibos. Nintendo have also confirmed that though Animal Crossing: New Horizons does not directly tie into mobile title Pocket Camp, there will be some collaboration items in the game.