Cultivate advanced cities and use them to launch Moon missions. 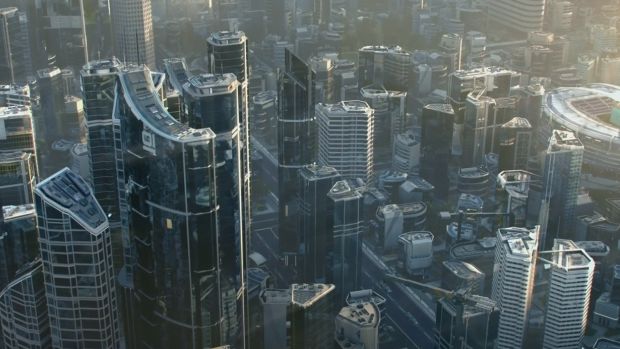 Futuristic city-builder Anno 2205 was announced by Ubisoft during its E3 media briefing. With 5 million unit sold in the franchise thus far, the sixth iteration will see players head into outer space for the first time and chart out their fortunes in the great beyond.

This means creating large cities capable of launching moon missions first and then mining resources from the Moon to send back to Earth. It won’t all be linear though as you’ll control sessions on both the Moon and Earth at the same time.

Benedikt Grindel, studio manager at Blue Byte, stated that, “We’re proud to take players beyond the realms of planet earth with the biggest Anno game ever. The development team has been working hard to ensure we are integrating fresh and innovative new content, whilst remaining faithful to the roots of the Anno franchise.”

Anno 2205 is out on November 3rd exclusively for PC. Check out the reveal trailer below.