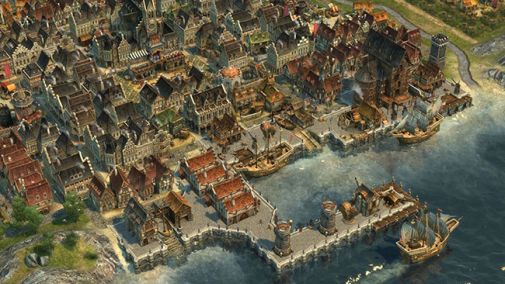 ANNO Online closed beta has officially started. Developed by Ubisoft Blue Byte, the web-browser based MMORPG is currently allowing players to sign up for play. This applies only the English and German language versions of the beta however.

Based on mechanisms from ANNO 1404, ANNO Online has players creating cities with a ton of buildings and essentially creating some really cool islands. You can trade by ships and invest in the complex economic system and there will be ton of multiplayer opportunities. Being a web-browser based MMO, ANNO is intriguing for the graphical style which looks quite good despite its limitations.

Published by Ubisoft, we suspect that ANNO Online will debut some time later this year for PC. Its free to play, so there’s also that. Ubisoft Blue Byte also has a ton of experience with these kind of games, having created the acclaimed Settlers franchise, along with many other games in the ANNO-verse. So it should be worth a look.