Anno is the unsung hero of the city sim genre; the long running city building series has never quite gotten its due, getting crowded out by the mainstream phenomena that are the SimCity and Caesar series.

Over time, Anno has experimented a lot with setting and with gameplay styles, and now it tries a new one: an in browser, free to play game game, that Ubisoft ambitiously refers to as the ‘next generation’ of browser based gaming. And while the words ‘free to play’ and ‘browser game’ are generally deterrents to all but the Facebook Farmville loving crowd, what Ubisoft has accomplished here is nothing short of staggering.

Anno Online is a beautiful looking game with incredible depth that should, via some great game design, manage to impress both the casuals who’d want to fire it up during lunch time, and those OCD gamers who spend hours ensuring every last detail of their city is right.

That’s an incredible feat, no matter how you spin it, and not a whole lot was sacrificed in getting there. Well okay, so there’s no more wars or disasters, occurrences that were staples of the series. Instead, in a clear attempt to adapt a more sedate pace, we have a game that lets you build your own city and manage it on your own time, whether you want to play five minutes at a time, or whether you want to play for hours at end. Well, at least once you’re done with the awful tutorial. 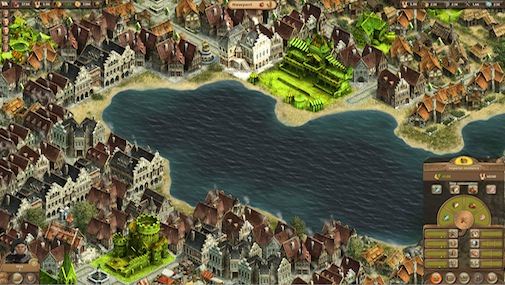 It’s probably understandable why there is a tutorial so long, and so exhaustive. Anno Online’s audience will chiefly be the demographic that doesn’t expect complexity beyond Farmville and Mafia Wars in its games, so it is necessary to walk them through the nuances of Anno’s deep city building.

So you’re told to build a house first, walked through every step, one click at a time, down to where you actually build a house. You’re also told to build a market, and then a road connecting the two. Soon, things are spiraling out of control as you’re building more and more, laying down the infrastructure of your city, managing population growth, and also managing income and resources. It’s insane, because you don’t realize how deep the game is until you stop to think about it.

And that’s probably the beauty of it. A lot of that probably also has to do with the interface, which is a thing of beauty. Seriously, it’s so simple and so intuitive. Why can’t we have more of these in every strategy and sim game?

There are social features too, now. You can interact with other players and trade resources, apparently. I wouldn’t know. I didn’t do it. Because I wasn’t forced too. And again, that’s the best part: the social gaming aspect is there for players who want to check it out, but if you want to play by yourself and build your own city, there is nothing stopping you from doing that. Rather than actively impede your efforts like SimCity did, Anno helps you. Anno helps you no matter what you want to try and do, actually. 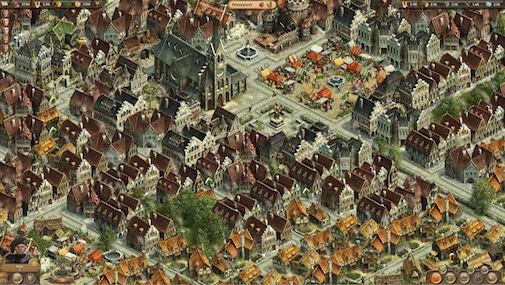 The scope is incredible too. With over 200 different kinds of buildings, and support for over 1500 buildings per city, and the fact that the game is actually built on Anno 1404’s engine- an incredibly impressive feat, considering it’s an in browser game that requires no download whatsoever- it’s actually a technical marvel.

Yes, it’s always online. But you know what? It’s always online done right. I didn’t have to pay $60 for this game. I’m not being not-so-subtly shepherded towards microstransactions.