Two retail releases for you to pick from.

Apex Legends came out earlier in the year to some big response. While overall it cooled down since that initial blowout, the game has still remained pretty popular. Up until now the game has also been only available digital, but next month that will change as the game will get a pair of physical releases.

As announced by EA, the physical edition of the game will come in two flavors centered around two of the titular Legends. You can pick up either the Lifeline or Bloodhound edition. The Lifeline edition will include a Legendary Guardian Angel skin for Lifeline, an Angel Struck Badge, a Winged Guardian Banner, 1,000 Apex Coins and a Legendary Chooser of the Slain skin for Flatline, while the Bloodhoud edition will have 1,000 Apex Coins, a Legendary Bloodhound skin called The Intimidator, a Tormentor Badge, a Feeling Impish Banner and a Legendary Wrath Bringer skin for Prowler. It’s not specified whether the game will come on disc or whether it will be a download code. Both editions of the game will retail for $19.99 USD.

Apex Legends is available now for PlayStation 4, Xbox One, and PC digitally. The retail edition will release October 18th for all three platforms. 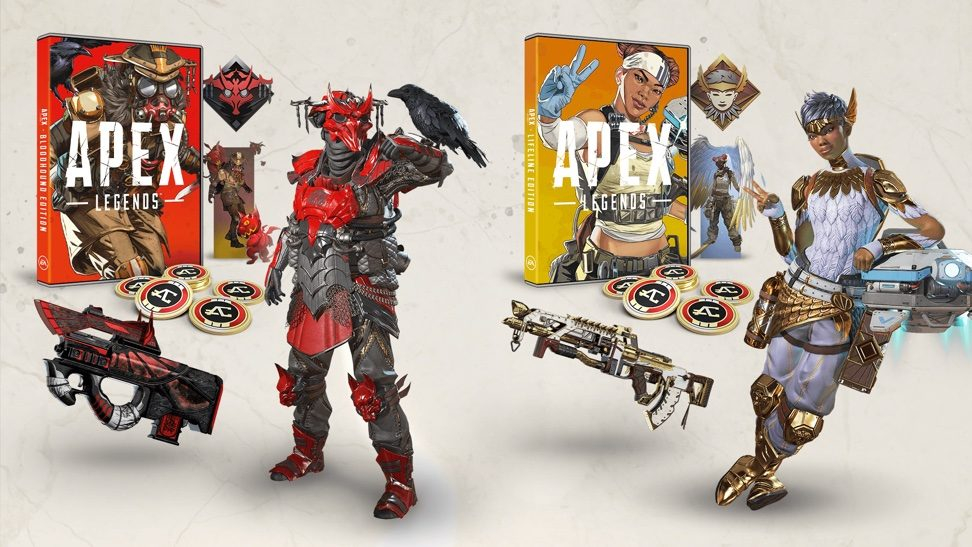