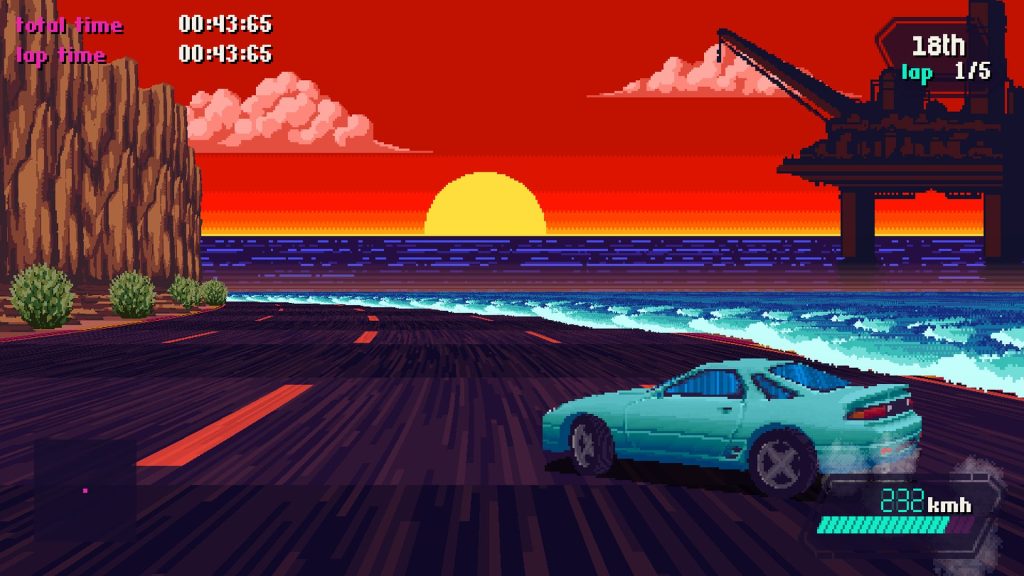 Stylish arcade racer Slipstream, which takes cues from Out Run and Horizon Chase Turbo, is now available for Xbox One, Xbox Series X/S, Nintendo Switch, PS4, and PS5. After being crowd-funded in 2016, it was released on PC in 2018. Now, for just $10, console players can get in on the city pop experience. Check out the release trailer below to see it in action.

Gorgeous looks aren’t the only thing that Slipstream has going for it. The gameplay places a large focus on drifting and can be fairly punishing. Fortunately, there’s a rewind function for going back up to five seconds. Along with five unique cars, there are also 20 tracks and six game modes like Grand Tour, Grand Prix, Cannonball and more.

Three difficulty levels are included along with options for turning off certain effects and reducing the game speed up to 50 percent. If that weren’t enough, there’s split-screen support for up to four players and various filters like Pixelated, CRT and NTSC for that authentic ’90s vibe.