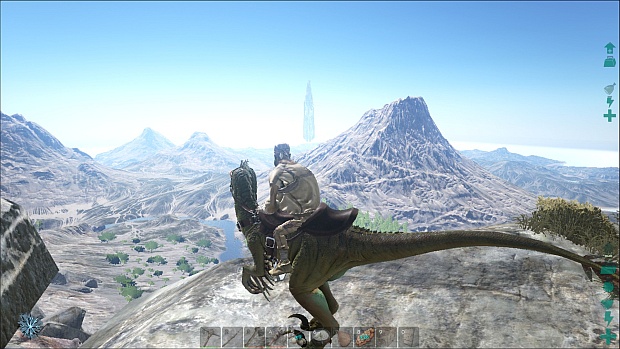 As previously announced, ARK: Survival Evolved, the popular survival (bet you didn’t see that coming) action video game featuring a whole lot of dinos, will be coming to the Nintendo Switch. Today we learned exactly when—in a new trailer, Studio Wildcard confirmed that the game will come out on Switch on November 30.

The new trailer also shows us a lot of footage of the game running on the Switch, and it looks surprisingly great on the console, especially given how infamously poor its optimization is even on far more powerful consoles than Nintendo’s admittedly underpowered tablet. The game will come out on Switch with all the content and features in the other versions.

It will be playable online, or locally, as well as single player, and will be available for $50. That price is steep, but the good news is, you at least get to buy a physical copy for the game, in case spending that much money on a digital title makes you blanche.

You can check out the trailer for the game below. ARK is already available on PS4, Xbox One, and PC.