Ary and the Secret of Seasons Interview – Switching Seasons

Attempting to bring back the nostalgic experiences of the 90s and early 2000s with its mix of exploration, combat, and puzzle solving, Ary and the Secret of Seasons is looking like one of those standout indie titles that you’re not going to want to miss out on. From its vibrant visuals to its strong art design, the little that we’ve seen of it so far is promising a solid adventure. We’ve been curious to learn more about the game for a while now, and recently, we sent across some of our most burning questions about the title to the developers over at eXiin. The questions below were answered by Sebastien Le Touze, CEO of eXiin. 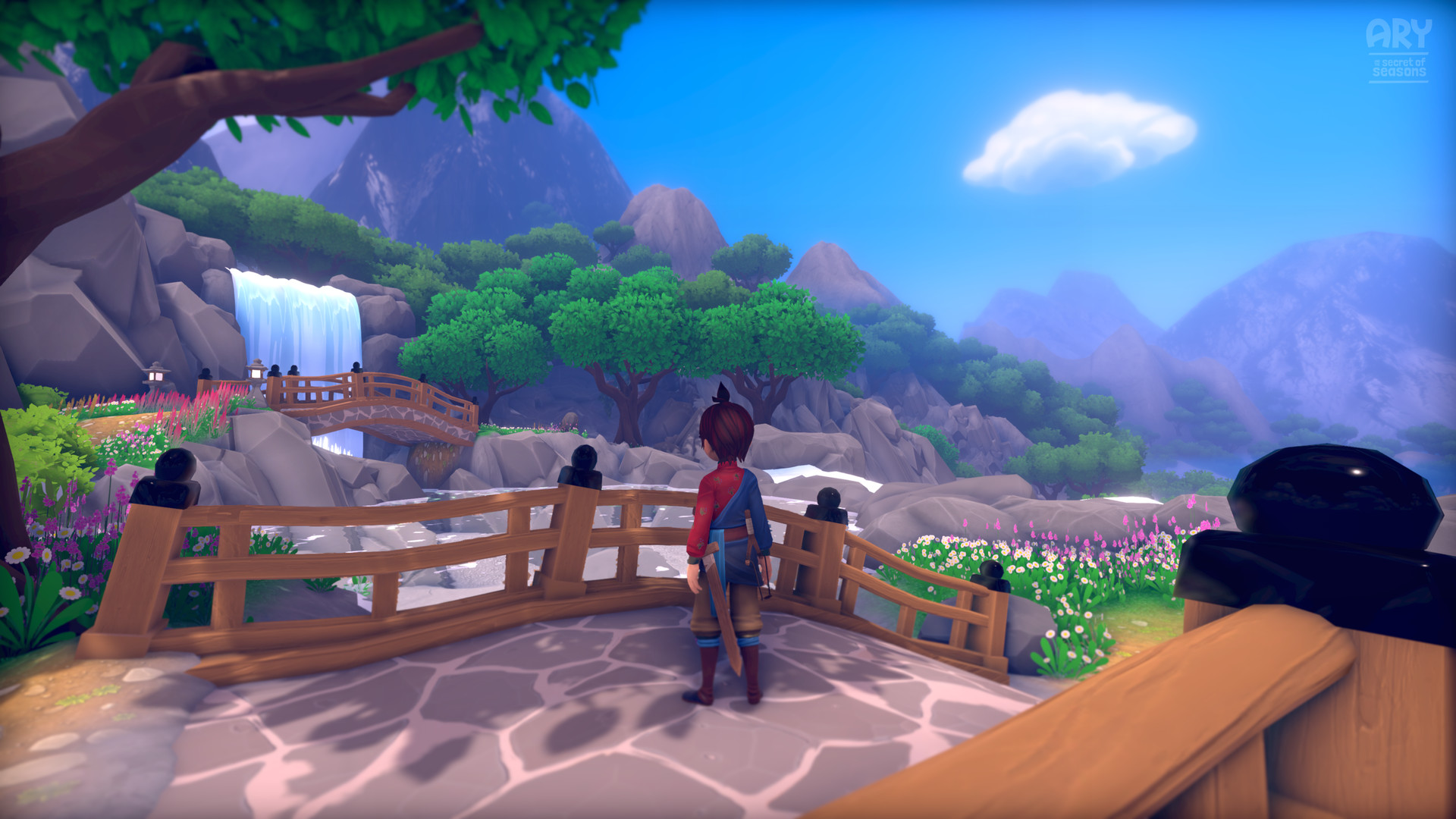 "With Ary and the Secret of Seasons, we are trying to bring back the spirit of gaming mascots from the 90s and early 2000s."

The small bits and pieces of footage that we’ve seen of Ary so far have been brimming with charm and personality. Is that something that we can expect to see throughout the entire game?

Totally. With Ary and the Secret of Seasons, we are trying to bring back the spirit of gaming mascots from the 90s and early 2000s.

The challenge is to give the game a feeling that is strangely familiar but at the same time different enough that players don’t feel like you’ve played that game 100 times already.

Ary and the Secret of Seasons has a very striking, distinct look. What made you decide to go with its more stylistic visual style than a more photorealistic look? Do you think there’s more value in the former, especially given the kind of game you’re making?

Firstly, I believe it will age better than “photorealistic:” graphics possible today, plus this stylized presentation allows for better performance on PS4 and Switch!

Also, we’re a very small team (under 10 people), so this stylized approach allows us to get away with more things.

On the other hand, it’s a double-edge sword – with that distinct look we can’t benefit from endless libraries of scanned rocks and already pre-made libraries of random rusted metal to populate our world – assets need to be created from scratch!

Ary’s seasons switching mechanic looks quite unique and interesting. How did you land on that as the central concept to build a game around?

We observed two common sentiments among players today: “We’re tired of Call of Honor 8 and Medal of Duty 12, but games are expensive, so we’re only getting games we already know…” Knowing that, the challenge was to come up with something new in 2019, but familiar.

That’s when I recalled a small project I had as a kid toying around with RPG Maker 95. I ended up with a small seasons shifting RPG, nothing fancy, just a nice idea. 20 years later, I wasn’t the first nor the last one bringing the idea of seasons as a gameplay mechanic – lots of other games did it before, but none of them I saw took advantage of the concept in 3D!

The first big question was how to bring a concept that worked well in 2D to a 3D world, which is how we arrived at the idea of localized seasons, displayed in a sphere. It was a good starting point – shifting seasons to reveal 4 different worlds. As a fan of Soul Reaver, it was hard to resist the idea!

Can you tell us a bit about how season switching will work in the moment-to-moment gameplay?

Our biggest fear with the season switching was making it a gimmick.

To avoid that pitfall, we focused on three core concepts in our game:  Exploration, puzzles and combat – and made sure the player has no other solutions than to use the seasons’ powers to complete these tasks – but as a trade off, we enable players unlimited use of their powers.

One concept that perfectly illustrates the integration of this idea is the jelly enemies.

They can be turned into ice cubes and used as a platform to reach higher places or transformed into a box that can be used to replace Ary’s weight on a pressure plate. 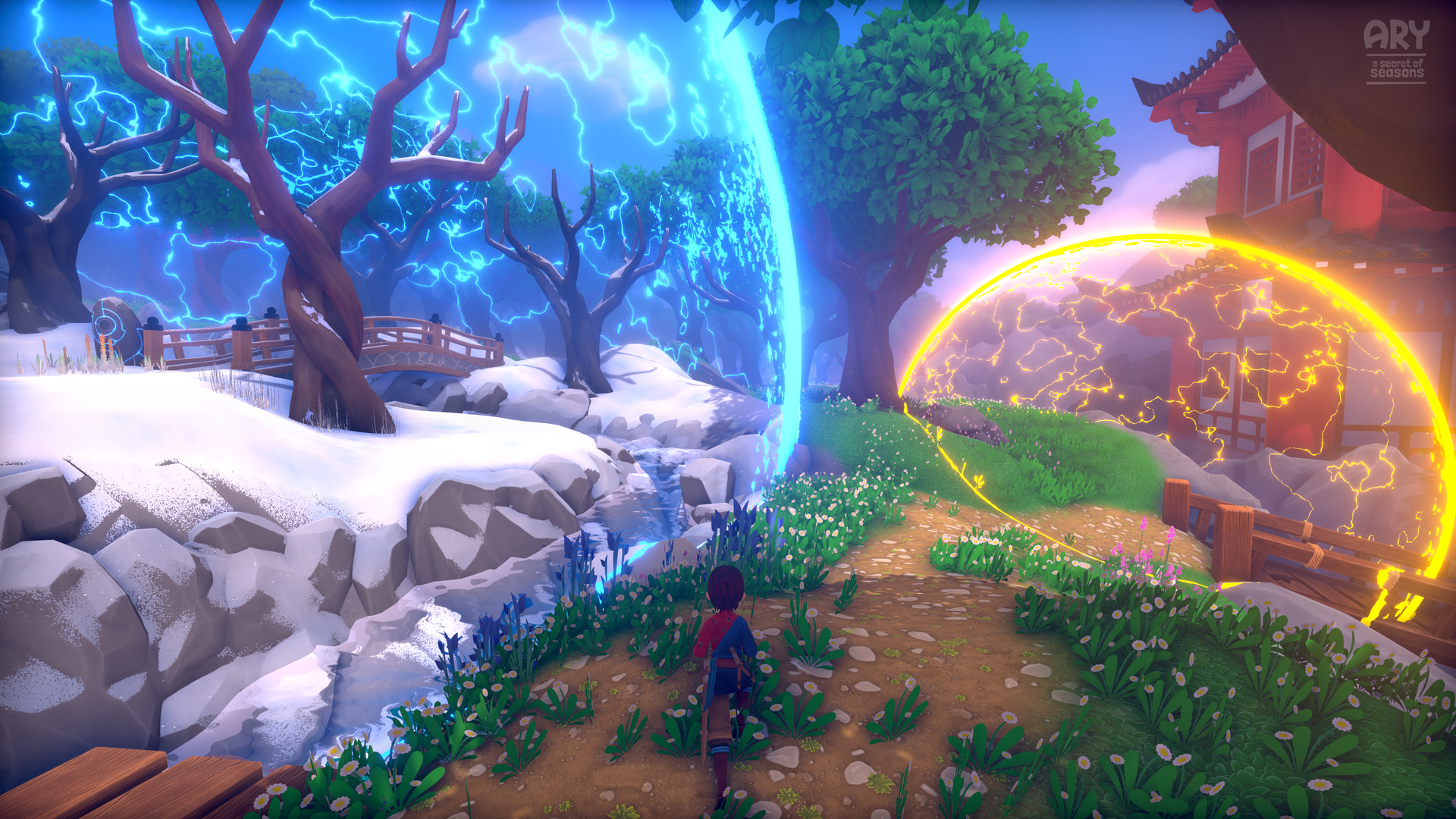 "We sought to have the perfect balance between puzzles, combat and exploration."

Ary is clearly a game that places a huge emphasis on puzzles, but would you say other parts of gameplay are ancillary, or would you describe some of them as just as important (or close to it, at any rate) as the puzzles?

We sought to have the perfect balance between puzzles, combat and exploration.

I’m not going to lie, I really love puzzles, but some dungeons had over 20 puzzles packed into them… It was too much, so we had to tone it down a bit to find balance with combat segments.

We’re also having lots of debates in the office about how we should give direction to the player. One thing we all agree on, is that we don’t want to give Ary a GPS and mini-map, making it seem too linear.

However, that makes it even harder for us to design puzzles in a way that feels natural.

Can you tell us a bit about the combat? Will there be a progression system in the game?

We’re trying to have dynamic combat, where not every engagement is the same. The closest comparison we have is Batman: Arkham. In Ary, the combat itself is a puzzle, so the player will need to decide who to focus on first.

As players progress through the game, Ary will obtain additional powers called “Solstice’s power”, which will be triggered depending on how Ary uses the seasons.

The footage that we’ve seen of Ary so far, with its blend of puzzles and combat, seems to be a bit reminiscent of some of the Zelda Is that something that you’re consciously going for? Do you feel there any merit to that comparison?

A kid with a sword and a slingshot, hard not to make the comparison!

However, the concept of Ary is a big mix of all the games I grew up with. Take a bit of Zelda with Tomb Raider, adding the ever shifting worlds of Soul Reaver, the vibe of a Kingdom Hearts and the dynamics of Mario and Banjo Kazooie, and you get Ary.

When you mention Zelda, we aren’t trying for a grand open-world experience with these elements sprinkled in. We’re aiming at something more traditional: A hub world, some powers to unlock step by step, and a hero getting stronger and stronger without worrying about gear degradation.

It seems like Ary places quite a bit of focus on environmental storytelling? Is that a fair assessment? Can you talk a bit about how the game handles telling its story, and what players can expect from the narrative in general?

Indeed, you will follow Ary’s journey, which will be driven forward through cutscenes and dialogue with NPCs during your adventure. Everything the player does will in some way advances the narrative.

Are there any games or other pieces of media that have served as direct inspiration during the development of Ary?

My N64 and PS1 library for sure! During this last E3, someone told me that Ary felt like a remaster of a PS2 game – I was kind of shocked at first, until he clarified, “No, this is a good thing, it brings nostalgic memories of a simpler time, while still being a completely new experience!” 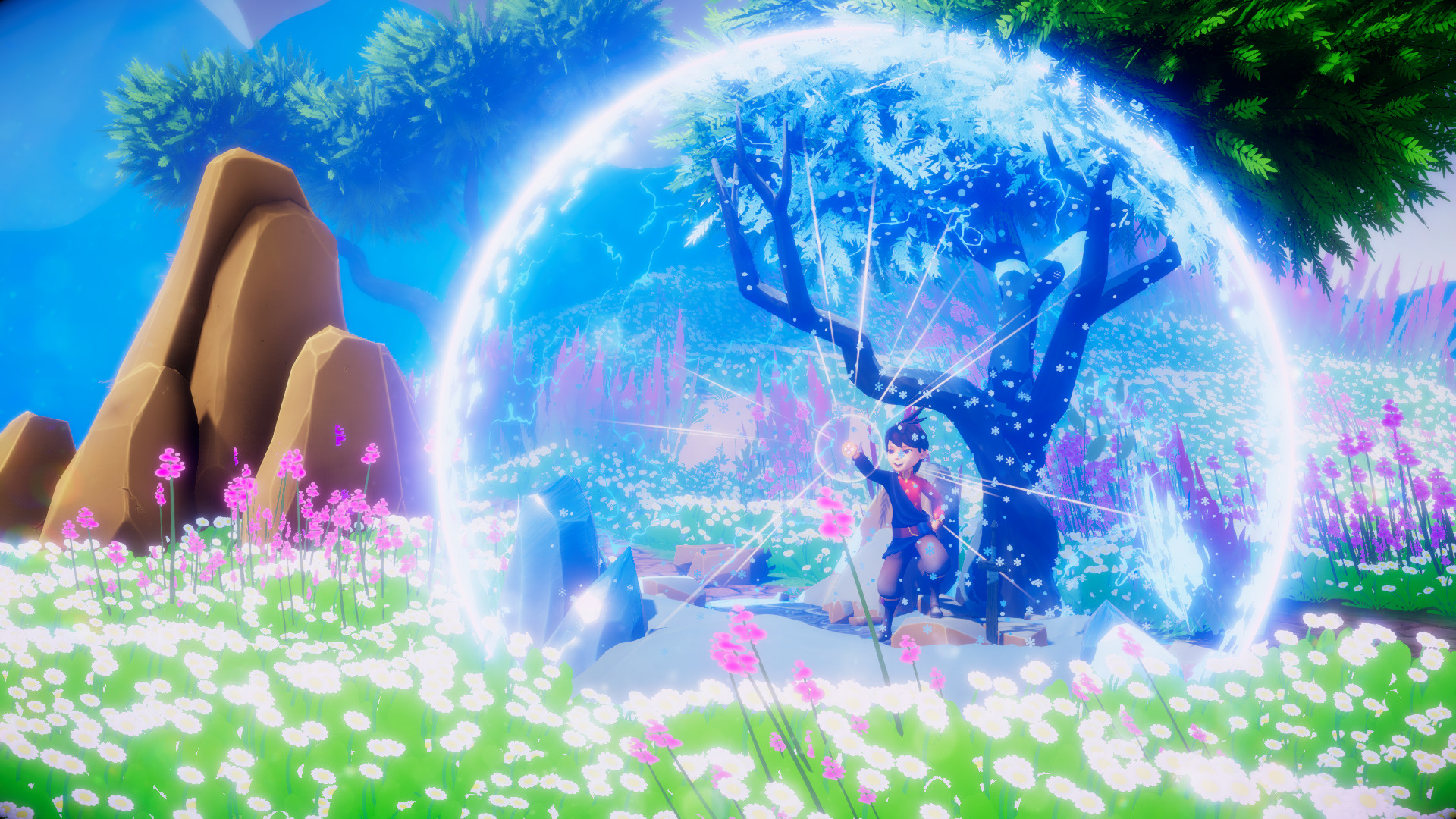 "Players should expect a smooth, engaging experience free from technical issues, regardless of the platform they choose to play Ary on."

Will the game feature PS4 Pro and Xbox One X enhancements?

At this point in time, we can’t provide exact details on how the improved versions of this generation’s consoles will positively impact your experience with Ary. We are continuing to focus our development efforts on the core experience that will be enjoyable for all players, regardless of the system they choose to experience it on before we focus on maximizing the potential of the hardware.

Players should expect a smooth, engaging experience free from technical issues, regardless of the platform they choose to play Ary on.

Players should expect Ary to take full advantage of the Switch hardware, and an analogous experience to the other console versions of Ary – with support for both handheld and docked playstyles.

Project Scarlett features GDDR6 memory and the PS5 will possibly feature the same. How will this increase in memory bandwidth help you in the future?

It is hard to say how the next generation will affect the development of future titles as not enough is known about this new hardware. At one point, consumers thought the leap from the Xbox 360/PS3 to the Xbox One/PS4 were revolutionary, yet these consoles launch titles don’t nearly push the limits of the hardware the way that Xbox One/PS4 titles do today. It may be awhile before we as developers discover how far we can really push the limits of hardware present in the next generation of consoles.

As an Xbox player, backwards compatibility is something I’ve been fortunate enough to experience already. Having a console that is capable of breaking through cross-generational barriers will be great in that it allows new adopters to experience the types of games that served as inspiration for new titles, much like how the games of the past have helped guide our team into making the games of today, such as Ary.

Ary and the Secret of the Seasons