Revisit a classic during these trying times.

It’s been a tough time for a lot of people as isolation and social distancing practices are either being required or heavily-suggested. Many are temporarily out of work as well. As such, many people are turning to their backlogs of entertainment to try and get some degree of peace of mind (and sanity) while being stuck indoors. Some companies are helping you out with free games, and one is Ubisoft, who is offering up an old classic.

Assassin’s Creed 2, the acclaimed sequel to the long running adventure series, will be free on Ubisoft’s uPlay launcher on PC. While the announcement below is in Chinese, it has been confirmed to be global. The game follows Ezio as he finds himself sucked into the ongoing battle between Assassins and Templars. If you’re never played it, you’re in for a treat, and if you have, it may be time to revisit one of the best Assassin’s Creed titles.

Assassin’s Creed 2 will be free via uPlay starting tomorrow, and its sequel titles, Brotherhood and Revelations, will also see discounts on the platform. 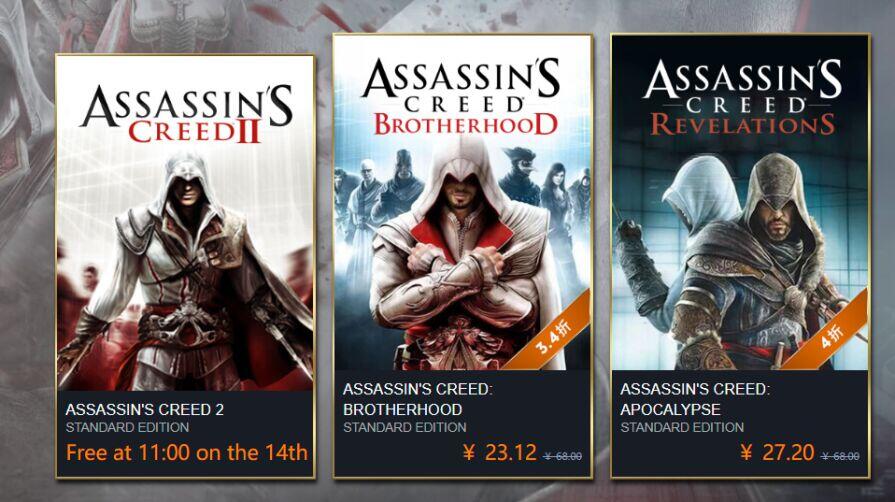