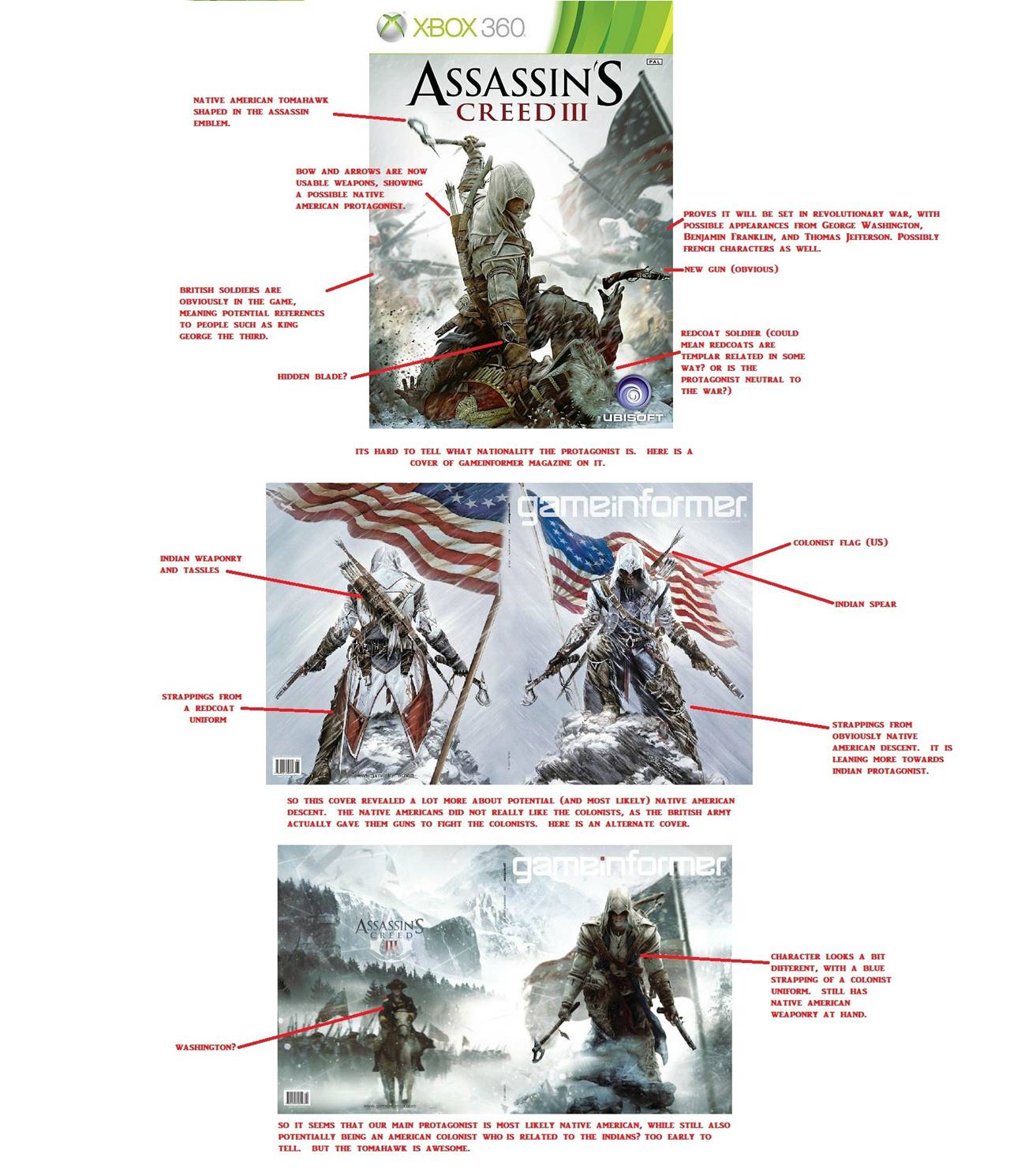 Click on the image to see the accompanying text

Assassins Creed 3’s official packshot was released yesterday and it apparently has a lot of hidden details. The game is confirmed to be set in the American Revolution with Ubisoft promising more details on March 5th, 2012.

For the full set of details click the above image. Some of the details we have listed below.

1. Inclusion of a native American tomahawk.

3. Inclusion of British Soldiers means there might be references to King George The Third.

Assassins Creed 3 is due for the PlayStation 3, Xbox 360 and PC later this year.

Thanks to Ryan for sending this image in.