Ubisoft keeps on building the hype for Watch Dogs.

Posted By Rashid Sayed | On 03rd, Nov. 2013 Under News | Follow This Author @GamingBoltTweet 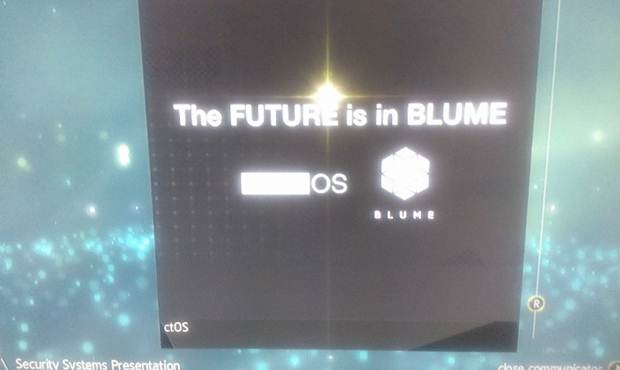 If you have ever observed Watch Dogs closely, you can’t help but make out the main character’s uncanny resemblance with the assassins from the Assassin’s Creed series. It should come of as no surprise since Ubisoft is behind the development behind both the games but it is interesting to see teasers and cross references seen in the image above.

The image is an obvious reference to Watch Dogs. Blume are the company behind the development of CtOS a.k.a. Central Operating System which is responsible for controlling, maintaining and storing user information in the fictional world of Watch Dogs. Aiden Pearce, the protagonist of Watch Dogs has access to CtOS  and acts as one of the core gameplay elements in Watch Dogs.

Too bad, we have to wait till next year to play Watch Dogs as it was delayed not too long ago. On a brighter note, you can kill your time by playing Assassin’s Creed IV: Black Flag. It is not a bad game.