Assassin’s Creed Film to be Produced by New Regency

Remember Elektra? Yeah, we thought you would. 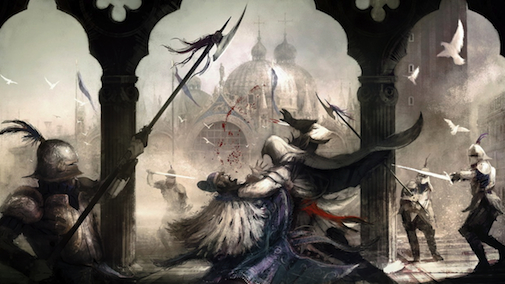 It seems things are coming together fairly quickly for Ubisoft’s upcoming Assassin’s Creed film, to be based on the popular franchise of the same name (duh). Today, Ubisoft’s film and TV division, Ubisoft Motion Picture, announced the production company they’ve tied up with to handle the film. New Regency, which has produced classics like L.A. Confidential and duds like Elekta, will be taking up the task.

Ubisoft Motion Pictures CEO Jean-Julien Baronnet decided on the company “because they are a talent- and filmmaker-driven company, with the same independent and creative mindset that we have at Ubisoft Motion Pictures.” Which is all well and good, but seriously guys, Elektra. There was nothing talent-driven or creative about that.

Development will now begin on a screenplay for the film, with Michael Fassbender of Hunger, Shame and X-Men: First Class fame playing the lead. He’s also attached as a producer to the project. So far the film could still go either way, but at least there are some mostly competent people behind it.